Some cars were never intended for certain engines; then fate intervened... 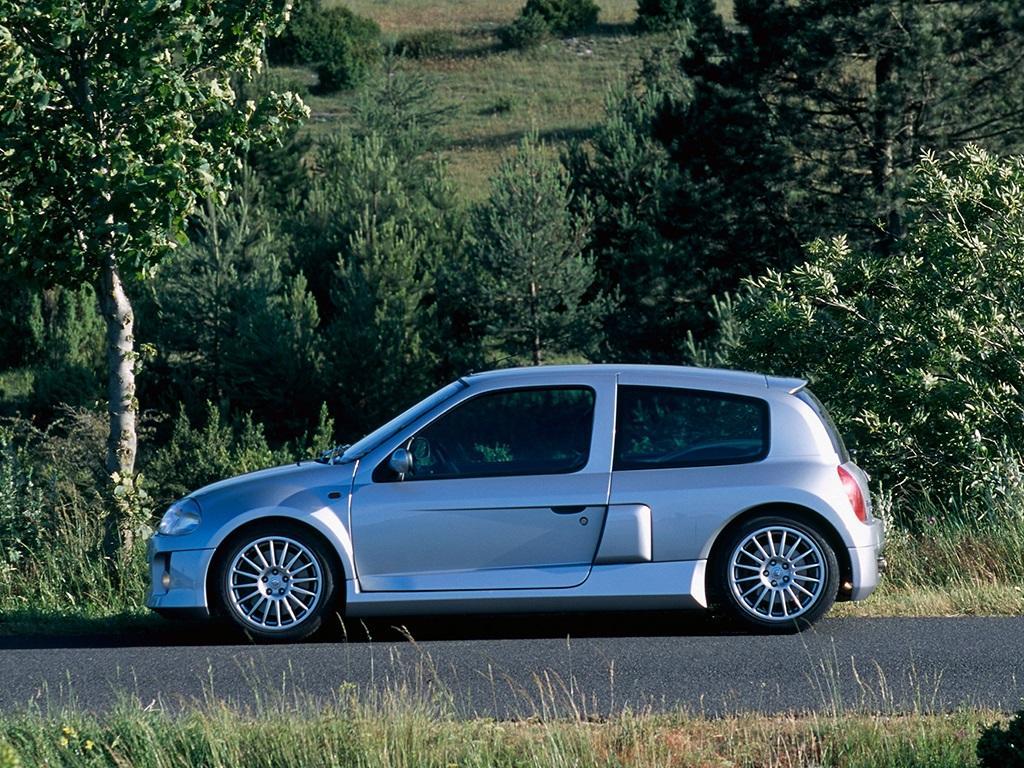 The days of big petrol engines are unarguably numbered. The days of big petrol engines being ceremoniously shoehorned into a space not originally meant for them is a distant memory. Not only is there the paucity of inappropriately large engines to consider in the first place, there is also no room for pie-in-the-sky product plans. Cars these days are hugely expensive to develop and must be marketable to the masses; i.e. profitable, sensible and logical. And scaleable. Invariably it doesn't make sense for a huge lump of engine to be purloined from one car (or indeed created entirely for that purpose), and forced into another on the basis of a gut feeling. That's the likeable logic of a bygone age.

But, good grief, the thought process of fallible humans sure turned out some memorable machinery. For brevities sake we've limited it to six, but special mention ought to go to the cars which didn't quite make the cut: the Passat W8s, Z3 M Roadsters, 147 GTAs and Talbot Sunbeam Lotuses of this world. If not necessarily improved, these powertrains certainly made the vehicles around them more interesting; and we're nothing if not fans of an interesting automobile...

The original, and probably the most famous, exponent of the breed. The "I wonder what would happen if..." train of thought characterises (and defines) these cars, and nowhere did it produced more spectacular or revered results than with the Cobra.

Thanks to recent films and documentaries, the Ford-Shelby relationship is much better known, but nobody in the early sixties could have guessed that the experiment would receive more than half a century of adulation. Carroll Shelby simply wanted to beat the European sports cars with an American-built creation, and knew from his time racing Cadillac-powered Allards how well the Anglo-American partnership could work. Through some canny negotiating with both Ford and AC, Shelby got his V8s and his chassis - in spring 1962 the first Cobra, CSX2000, was ready, and was astonishing the US motoring media not long after.

Of course, we know what happened then: not only did the Cobra achieve the desired racing success (the Daytona Coupe Shelby was FIA GT Manufacturers champion in 1965), it became an automotive icon. Only a select few sports car fans know what an AC Ace is, but everybody knows the Cobra - that's the power of inspired thinking, and the acute wonderfulness of putting a chunky V8 where it was never meant to go.

Given the subsequent American predilection for thrusting ever larger engines into formerly humdrum machinery, the humble Corrado probably looks a bit conventional. But the Corrado is a terrific European example of an unassuming chassis meeting its soulmate later in life. The A2 platform was never conceived with a 2.9-litre narrow angle V6 in mind. It was introduced to underpin the Mk2 Golf of 1983, and spend its life happily wedded to nothing more imposing than a four-cylinder motor.

But here's the thing: the VR6 could be made to fit. Through a hybrid of A2 and A3 (the architecture that would go under the Mk3 Golf), the six-cylinder was squeezed in - andlegend created. Even now, 25 years since its demise, the VR6 Corrado is revered as one of VW's best, retaining the standard car's suppleness and neutrality despite the addition of a much larger engine. It's now the most desirable Corrado out there, and seemingly more of a miracle with each passing year: the Mk2 Golf would surely never have worked with a V6, and the Mk3 Golf with a V6 was a bit of a spud. But a combination of the two was an iconic sports car.

Is there any more to say about the Lotus Carlton? Hopefully. On the face of it the car doesn't look all that remarkable - because a 3.0-litre straight-six was already in the Carlton range - but the Lotus overhaul was like replacing the GSI's engine with a solid-fuel rocket. The big Vauxhall went to Norfolk an executive saloon and returned an intercontinental ballistic missile.

With capacity increased by 600cc and two turbos grafted on, the Lotus Carlton boasted genuinely unprecedented power; for Lotus, for Vauxhall, for the genre entirely. Even 30 years later, 382hp sounds like a healthy amount. But in 1990 it was a preposterous number. That's why it's made this six-car shortlist. The layout was familiar, only with an end result that redefined industry standards, expectations and thresholds. It's been said dozens of times before, but super saloons really did exist in a different era before the Lotus Carlton - its monumental engine, and the not-inconsiderable ability to deploy its output, helped changed the world for the better.

The V6 from a Laguna had no right to be in a tiny hatch, leave alone behind the front seats in a bizarre supercar-supermini clash. It worked, though. Well, for grabbing the attention that is. Nobody could quite believe that Renault had resurrected its mid-engined hatchback idea, leave alone done it with an engine twice the size of its first attempts. Then gone and raced with the Clio V6 Trophy, probably the most perilous form of motorsport since Dick Dastardly was involved with the Wacky Races.

Of course it was TWR working the spanners. PH recalls a pestering a former Walkinshaw employee for an anecdote, but he would only look to the sky and puff his cheeks out. A mid-engined, V6 Renault Clio is, predictably enough, exactly what this list is all about: cars for which there was no pressing need, no obvious buyer desire and not really any pragmatic way of building. Yet it left the automotive world a richer one than it found it. Sure, racing was a vague objective; but causing all and sundry to lift their eyes heavenwards and puff their cheeks out was celebration enough for the maker's fearlessness.

That Renault even went about refining the 3.0-litre Clio concept, making the original into the significantly less treacherous 255hp car, deserves no less praise. Coming up with the idea was commendable enough; to then invest the hours in eventually making it work ranks as superhuman.

Okay, granted - we're pushing the 'best' element of this feature to its limits here. Nobody is going to pretend that the ZT was the world's greatest sports saloon, even in 2004. But silliness earns you a whole lot of rope and there might not have been a sillier idea ever evinced than the one which deemed it right and proper to make a rear-drive, V8-powered model from a platform only ever designed for front-wheel drive and a maximum of six cylinders. Thus the ZT V8 - and the associated Rover 75 V8 - had to feature here. The fact its maker suffered a perpetual cash shortage, and therefore must've built the thing on a shoestring budget, only confirms the ZT's presence on the list.

It hardly matters then that even for £30,000, the MG was not the fastest or the most dynamically sorted four-door out there. What matters is that it rumbled along like a hot rod from execute the sort of enormous powerslides not seen from a Rover product since the days of the SD1 and look remarkably cohesive for something perched on FWD architecture. It was the umpteenth bit of evidence that the Midlands could still spin automotive gold, when motivated. Admittedly perfection was well out of reach - but that was hardly the point. The V8 endeared the ZT to people. Case closed.

To some extent, a 21st century update of the Cobra idea. It's very likely - given the daydreaming that automotive engineers are prone to indulge - that the notion of a putting the V12 in the Vantage had occurred to someone at Aston Martin very early in the car's development. But the manufacturer gave no sign whatsoever of actually considering it: the original concept of 2003 was even called the AMV8 Vantage. The model was intended to rival the Porsche 911 Carrera, not duke it out with supercars.

But then we got the incredible Vantage RS Concept of 2007 and suddenly the idea became a concrete possibility: 5,935 cubic centimetres of V12 could fit in the pretty nose of the smallest Aston, so why on earth wouldn't it happen? In fact, why shouldn't it happen - especially when everyone started to agree that the V8 Vantage was certainly thuggishly handsome, but not exactly thuggishly fast to drive.

The roadgoing V12 Vantage of 2009 fixed that. It was a burly, brusque, unapologetic and unforgettable Aston Martin, manual only and demanding all your concentration to get the best from. It was decreed good - and then made demonstratively great by the launch of the auto-only V12 Vantage S in 2013, a car which could hit 205mph, having thundered through 60mph in less than four seconds. Later, with the blithe cheeriness of Santa, Aston returned the option of a seven-speed manual, and couldn't resist introducing a V600 derivative even after the Vantage was replaced.

That's how good the V12 was - it came back from the dead. If residual values are anything to go on, it remains one of the most desirable series production Astons of this century. And unless the firm suddenly opts to squeeze its current twin-turbocharged V12 beneath the skin of its successor, it's very likely to stay that way. But Aston won't do that; the world has moved on, and it has a balance sheet, a fleet average and a new chairman to worry about. A V12 Vantage simply wouldn't make sense in 2020. Right?

Read Onboard video | Six of the Best here