Home/Features/Features/Onboard videos | Six of the Best

Onboard videos | Six of the Best

Stuck on the sofa? Want to make your palms sweaty? Well, alright - but watch these onboard gems first... 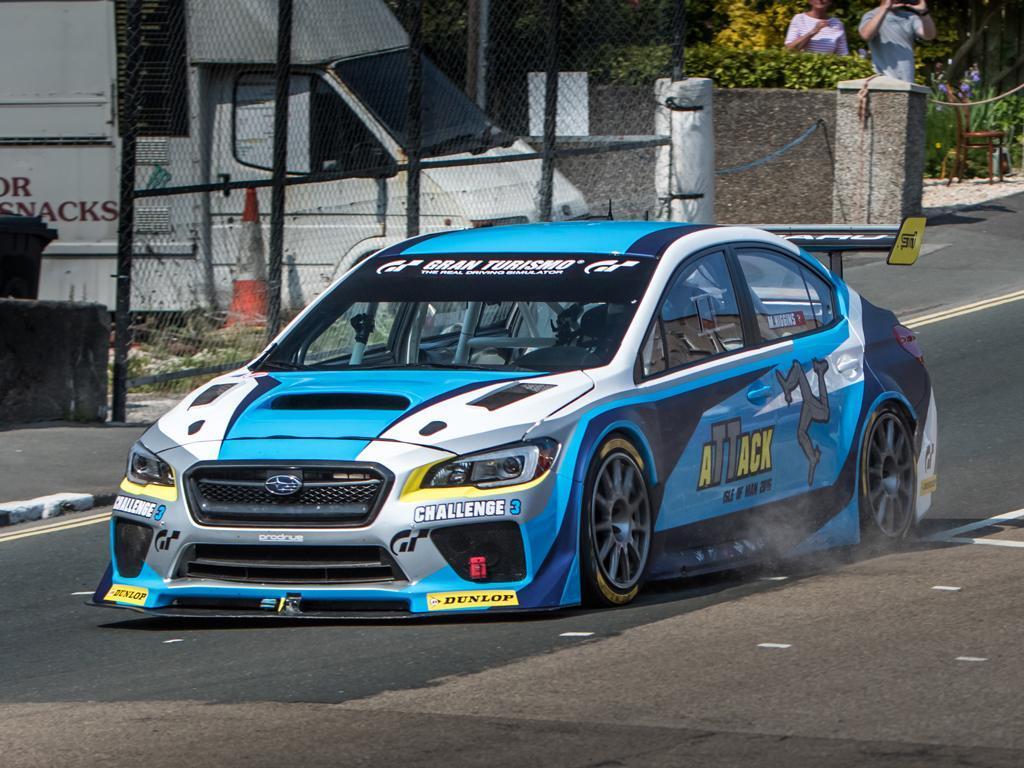 Inevitably you'll have seen some of these already, but they’re worth rewatching now and again. Others, meanwhile, will hopefully be new to you. Being a dyed-in-the-wool bobble hatter I could so easily have filled this list just with rally footage. I think rallying generates a disproportionately large amount of the world’s great onboard footage, given the nature of it. Variety is important, though, so instead I’ve tried to mix it up a little both in terms of discipline and era. The oldest clip in my selection is from 1956 and the most recent from 2016.

Please watch and enjoy, then share your favourite onboards in the comments.

Imagine driving a Formula 1 car in the teeming rain and finding that along with hardly any grip and even less visibility, you also have another driver who’s trying desperately to shunt you down the order to deal with. I suppose it’s no surprise this final lap duel between Felipe Massa and Robert Kubica at the 2007 Japanese Grand Prix wasn’t exactly clean – the number of trips across the grass and a series of comings together attest to that. The pair swap positions numerous times and although they each leave the track at least twice, they both also finish the race, Massa just about getting the better of Kubica. For sixth position. It’s wheel-to-wheel Grand Prix racing at its most uncompromising.

Kiwi Hayden Paddon is a certified hand, being both a WRC rally winner and a former Hyundai factory hot shoe. But it isn’t his exploits aboard a modern four-wheel drive machine that best demonstrate his talents, but his outings in a rather less sophisticated Mk2 Ford Escort. This 2014 clip is from New Zealand’s Otago Rally. The country’s characteristically smooth and flowing gravel roads allow Paddon and the Mk2 to get into a wonderful rhythm. He uses that old-fashioned rally driving style, steering left to go right and right to go left. What’s so satisfying about this clip is that despite his performative style at the wheel, Paddon is driving the Escort precisely how it wants to be driven – meaning speed and spectacle converge. It’s exactly the kind of driving I wish I was capable of.

In which Mark Blundell doesn’t so much drive the Nissan R90CK as wrestle with it for 8.5 miles. This 1990 clip pre-dates the Briton’s F1 and North American careers, meaning it’s a 24-year-old Blundell we see wrenching the Group C Nissan through the Esses after the Dunlop Bridge and scarcely keeping ahold of the steering wheel as he navigates the chicanes that break up the Mulsanne Straight (new that year). The footage is very grainy so it’s not easy to watch, but you still get a very real sense of the sheer physicality of the 1100hp prototype. Frankly, it’s amazing Blundell’s arms don’t come off. ‘Every input was pure reflex – things were coming at me everywhere I looked. For about 50 per cent of the lap I felt like I was on the verge of a massive accident,’ is how he described it afterwards.

This is probably the most famous rally onboard ever recorded, but it’s so breathtaking to watch I couldn’t possibly leave it off this list. Besides, you can’t watch it too often. It’s from McRae’s ill-fated 2001 WRC title showdown with Richard Burns on Rally GB. So many thoughts run through my mind as I watch it. Sadness, of course, and huge admiration for the man’s driving talent. But I also see a driving style that was only a couple of years away from being made obsolete – Citroen Racing and Sebastien Loeb would very soon apply a circuit racing mentality to rallying, demonstrating that it mattered not how fast you went into a corner (McRae style, all crossed up), but how quickly you came out of it.

I once showed this clip to McRae’s protege, Kris Meeke. He’d seen it a thousand times before, of course, but even then he looked on intently, unblinking, his head bobbing and weaving slightly as McRae’s Ford Focus WRC slid broadside through corners and straight-lined junctions.Whereas you and I probably see the glossy tyre tracks in the mud and then a few inches of track either side, McRae seems to see another three feet beyond that. Ultimately, that was what caused him and Nicky Grist to have a huge accident, costing them the 2001 championship.

5. Hawthorn and a lap of Le Mans

This clip, by some margin the oldest in my selection, isn’t made enjoyable to watch by unfathomable speed or commitment. Instead, it simply shows how much Circuit de la Sarthe has changed over the years, from a pure street circuit to today’s combination of purpose-built track and public highway. With the circuit still open to the public (‘typical French!’) Jaguar’s Mike Hawthorn takes us for a lap in a D-type, a microphone attached to his chest and a video camera mounted high on the rear of the car. The run from the Dunlop Bridge to Tertre Rouge looks narrow and tight, lined with high walls and tall trees. Today that section is much wider and dedicated race track rather than closed road, the walls and trees long since ripped down to make way for vast gravel traps. It’s unrecognisable. The footage is made all the more poignant by having been recorded in 1956, only a year after the terrible accident that killed 84 people and in which Hawthorn was at least partially involved.

I don’t think I’ve ever come across any onboard footage that’s more difficult to compute than this. I can hardly believe what I’m seeing every time I watch it. Mark Higgins smashed his own lap record for a car on the Mountain Course in 2016, setting a time of 17min 35.139secs in a Prodrive-built Subaru Impreza STi. That equates to a 128.73mph lap average, which isn’t too far off the fastest motorbikes. Higgins commentates over the lap in his typically understated style. The whole thing is spectacular to watch, but a couple of highlights for me include the huge compression just after eight minutes that actually shifts the onboard camera, and the sequence through Kirk Michael at 160mph+ that appears to have been sped up in the edit. I still can’t watch that bit without squirming in my seat.

I was there in 2011 when Higgins had his first run at the Mountain Course in a production-based Impreza. I even sat alongside him for a warm-up lap in a standard road car and was stunned by his precision between the walls and earth banks. He left no margin for error whatsoever. Once he’d set a new lap record at around 115mph, I asked him if a car could ever get anywhere near the 130mph that the quickest bikes were doing at the time. He said he thought a purpose-built machine could and I reckoned he was mad. Actually, I still do.