The new race-bred Alfa Giulia is fantastic, but it's hardly the first of its kind... 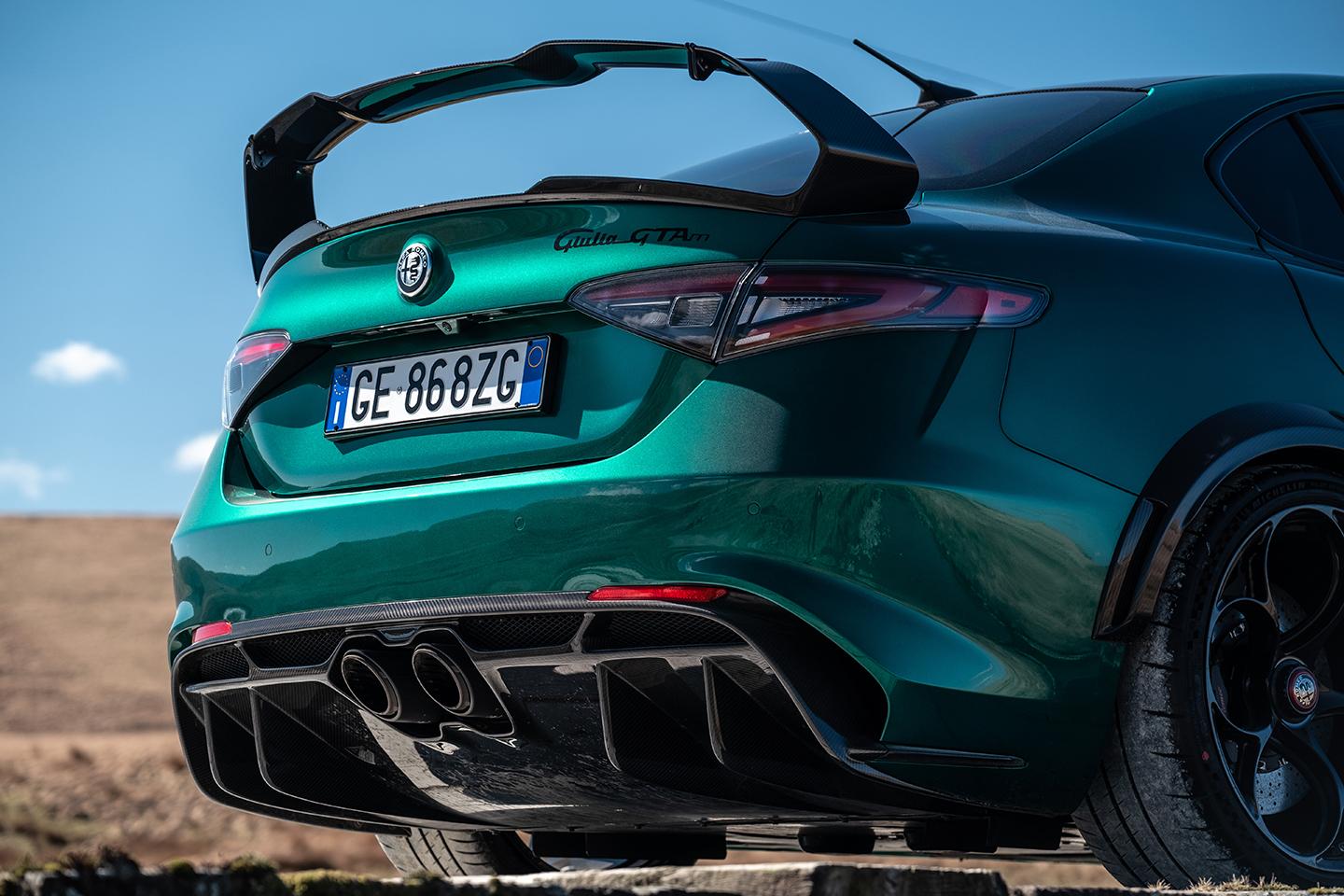 The new GTAm is excellent. Whether it’s £150k of excellent will be up to the market to decide, but there are tangible (and very likeable) improvements across the board. It looks way more exciting, goes faster, drives that bit better and immerses you in a way that even the exceptional standard car can’t replicate. Some supremely optimistic customers are about to be made very happy.

But while this is new ground for today's Alfa Romeo, the concept - that of the ultimate in sports saloon performance - is not a new one. There’s the quite obvious example in this case of previous GTAs, with weight ruthlessly expunged for precious tenths on track, but the genre has enjoyed a renaissance in modern times as well. Which is most likely why Alfa embarked on the GTA project in the first place…

Look at cars like the M5 CS; less hardcore than the two-seat Alfa, but equipped with features like carbon panels to reduce weight and further improve the experience of a four-door saloon car. There are a few in the BMW back catalogue, too, along with one or two other manufacturers clearly up for the challenge.

So, they’re what we’re going to celebrate in this week’s Buy Hard: those sports saloons (or at least those derived from a sports saloon) with the GTA attitude, the ruthless pursuit of circuit ability that typically makes for the most enthralling fast cars. Beyond that, there aren’t any more criteria, the freedom here hopefully mirroring that of the projects themselves. Because making a two-seat track car from a four-door saloon is a bizarre move - and probably why we love the oddballs so much.

Poor Jaguar. When it overhauled the XE, stuffed in a V8 where it shouldn’t go, redesigned body panels to accommodate the muscle underneath and fitted a host of motorsport parts, £150k was madness. Then Alfa comes along, turns up the boost on a QF, fits a silly spoiler and names it after an old car - for the same money - and the world is falling over itself.

I’m being a tad facetious, of course, but you get the point. A lot more went into making a Project 8 of an XE than did a GTA from a Giulia. It will have helped that a Quadrifoglio already existed, but if anything that makes Jaguar’s dedication to the SV P8 all the more laudable - there was so much more to get done, the result a car that was 75 per cent bespoke. £150k might have been cheap.

And boy did it do the job. Lost in the hoo-hah around the price was a Nurburgring record breaker, a Jaguar saloon with simply unheard levels of performance, grip and focus. Yet one that still made some sense on the road, plush and accommodating in a way you wouldn’t have expected. True, left-hand drive was shameful oversight for a British manufacturer (a point underlined by the fact that UK buyers will be sold right-hand drive GTAs), but the Project 8 did make for a lovely road car as well. And a V8 is infinitely preferable to a V6.

Despite everything, it seems Jag struggled to shift them - the release of a Touring spec further muddied confusing messages about the car. Yet was still rather lovely. This one is a nicer green than the Alfa (I think) and has four seats, too, which is probably the more desirable spec. £120k is a useful saving off list price, too. MB

The Giulia GTA isn’t the first special to more than double the starting price of the performance car it’s based on. Plenty of eyebrows were raised when BMW announced that its M4 GTS would start from £121k in 2016, and they didn’t lower at the sight of its half-orange wheels. This was 911 GT3 money for what many viewed as an F82 M4 covered in dubious add-ons. Of course, the reality of the M division’s work would soon come to the fore, because with its technical changes – 500hp and lots more mechanical grip – this was a car capable of sticking with a GT3.

I’d argue that it goes further than the GTA, too, because it positively transformed the M division’s two-door model. In contrast to the widely adored Giulia QF, the early M4 wasn’t to everyone’s taste, but this tricked-up model set right many of the model’s shortcomings and then added a whole host of motorsport specialness. Its water injection system was properly special, helping the car pull off its wheels and wing. Just. I’ve never been a massive fan of the look (I’d be getting that orange painted silver for starters), but it’s hard to argue with the results.

The GTS is now five years old, but on the PH classifieds alone there are two delivery miles machines on sale. The cheaper car – complete with 63 miles on the clock – is up for £80k, but it’s in Hong Kong. Then there’s a 25-mile car in Britain for £100k. For someone wanting the best of the F82 base at a massively discounted rate, it looks like a shrewd buy. Plenty will prefer the thought of buying a standard M4 for under £40k and modifying it to suit with the leftover cash, but for those who want a factory special that achieved a genuine transformation, the GTS is where it’s at. SS

The GTAm has serious presence, no doubt about it. And a terrific engine. But I’m not sure the combination of the two overhaul the C63 Black Series for gobsmacking specialness. For one thing, the AMG is better looking because its body seems custom-made to absorb the wider tracks, where the GTA needs a lot of skin grafts to accommodate its beefier back axle.

For another, the Black Series possesses a naturally aspirated V8, and the Alfa doesn’t. Even better, it’s the Affalterbach special, the M156 with lighter pistons, con-rods and the crankshaft from the SLS. It is a decade older than the GTA, yet at 517hp it produces very nearly as much power - and doesn’t need a brace of turbochargers to do it. Sure, the C63 is a good deal heavier, but try obsessing about that when you’re headed to 7,200rpm the atmospheric way.

The Black Series was built to work on track, too, and its adjustable coilovers mean that it’s no mug when things get bendy - but, truthfully, it’s about the gurgling V8 and its cheerily biddable limited-slip diff. Of course, its reputation is assured - as is its comparative rarity. Hence the presence of just one example in the classifieds, in white with the aero kit, priced from £129,950. Big money for a nine-year-old AMG. But appropriate for one of its all-time legends. NC