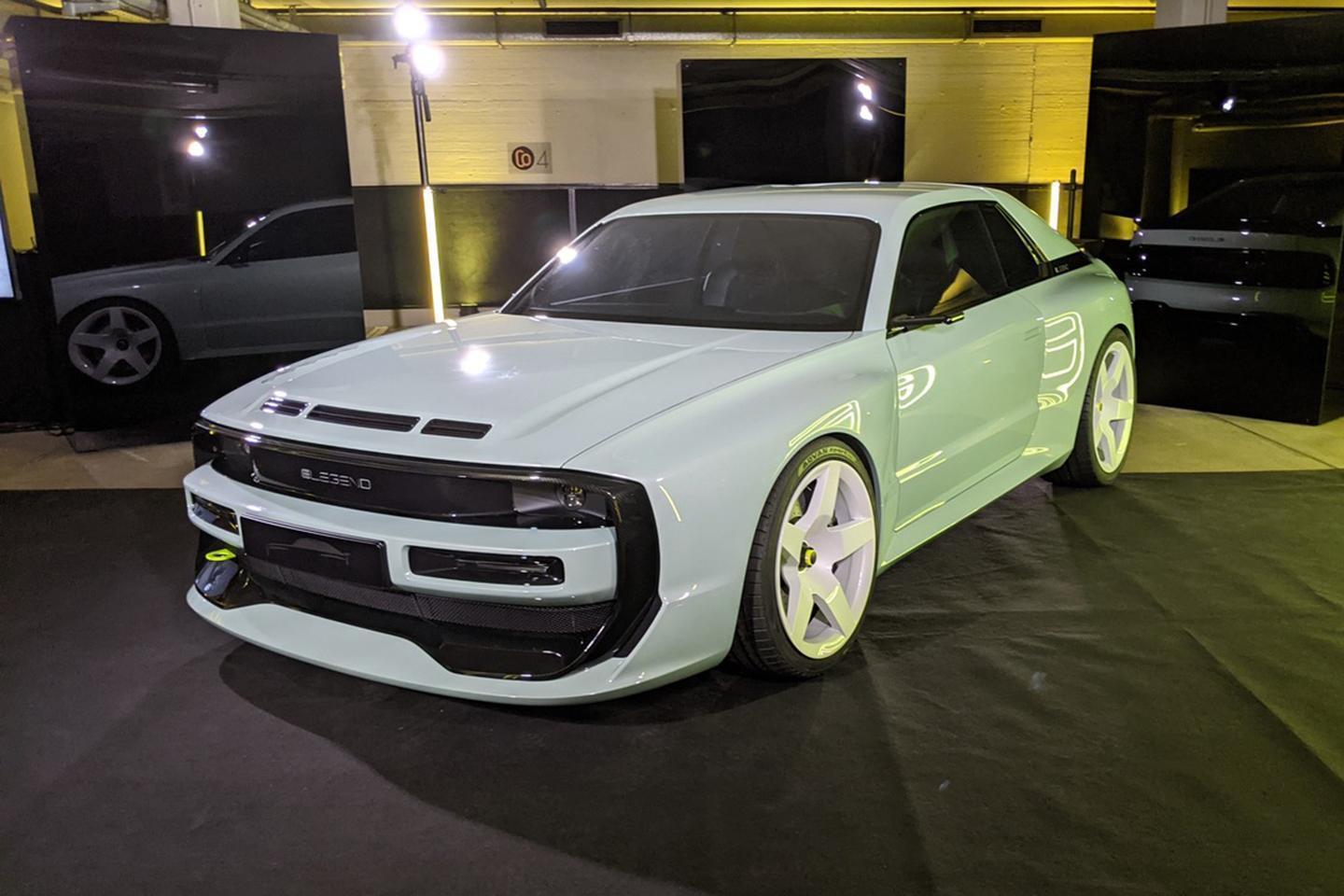 Pretty much every day brings more news of the speed electrification is moving through the car industry, and that includes the classic side as well. We've already seen converted restomods like those from Everrati and Lunaz offer what are essentially heart transplants, replacing combustion engines with EV powertrains. But cars like the new E-Legend EL1 promise a radically different journey to a similar conclusion, one that arguably makes much more sense that butchering existing classics.

We've already told you about the E-Legend EL1, an Audi Quattro Sport-inspired EV supercar that is going to be restricted to no more than 30 units, each of which will carry a hypercar price tag. So it's definitely never going to become a mainstream product. Yet the idea behind it, that of a fully modern chassis with integral electrical powertrain that can underpin more than one model, is set to spread quickly into more humble parts of the car industry. British maker Watt is working on a similar idea, and has said it is already talking to at least one established car company about an officially sanctioned tribute to a former model.

A trip to Munich for this week's motor show gave the chance to meet both the E-Legend EL1 concept and the team that have created it. The concept itself was an exterior styling model rather than a finished car, not having an interior or any mechanical parts. But the company says that work on a driveable prototype has already started, and promises that the first buyers will be getting finished cars at the end of next year.

The EL1 is clearly inspired by the original Sport Quattro in terms of its lines and proportions, but it isn't one of those retro pastiches the car industry often associates with heritage. E-Legend's boss and chief designer, Marcus Holzinger, has been obsessing about Quattros for most of his life, but he is also fully versed in the intricacies of automotive styling, having formally worked as a designer for Volkswagen.

Although E-Legend's ambitions run deeper than a single model, the company was only ever going to start with this car. That's because Holzinger's father, Wolfgang, was a modeller for Audi's design department who set up his own concept studio in 1982. His new firm's first project was the Sport Quattro, Audi's unsubtle decision to create a shorter car for Group B homologation.

"He didn't design the car, but he worked on the body as a modeller and had lots of influence over it," Marcus Holzinger says, "it wasn't a first priority for the design department let's say, which is why there was an opportunity for the modellers to do their own job."

The Holzingers were definitely an Audi family. Marcus remembers spending much of his childhood sitting in the back of a series of Quattros, and many visits to rallies to watch the competition versions battling all comers. "I remember Hannu Mikkola and Michele Mouton in the first Quattros, and then later Walter Rohrl in the Sport Quattro," he says.

But it was the stumpy, shortened version that made the greatest impression. "The proportions are not brilliant, it looks like there is too little in the centre," Holzinger says, "but it is unique and characteristic and I always think it has many fascinating details. So I took those and reinterpreted them."

The concept looks superb up close, even in the limited lighting of a dark basement beneath a hotel in Munich. And although the EL1 doesn't have Audi's official sanction, Holzinger says the company has no issue with this tribute to one of its famous models. "I have close contact with Audi design and there is no conflict there, they like it a lot," he says, "they have another strategy, very progressive and futuristic, there is no room there for retro design."

But the really clever bit is what will come under the EL1's carbonfibre skin. The production version will sit on a carbonfibre monocoque that resembles McLaren's 'monocell', incorporating a T-shaped 90kWh lithium-ion battery pack behind the seats and with suspension components mounted to it. The chassis itself is barely longer than the car's wheelbase, using metal outriggers to give both impact protection but also to mount bodywork. Varying the length of these, plus making small changes to the wheelbase, gives an easy way to adapt the underpinnings to carry different bodywork, something E-Legend is already working on.

"With the EL1 we are interpreting the Audi, but it could be something else," Holzinger says, "this is just the starting point." He nominated the Lancia Delta S4 and 037 as strong possibilities, and admitted the Ford RS200 is a personal favourite. My patriotic suggestion of a Metro 6R4 also solicited a few grins from the executive team, although Holzinger admits the choice of models beyond the 30 EL1s will likely be based largely on the preferences of potential customers. "We might even be able to create a one-off if somebody is prepared to pay enough money to develop it," he admits.

There was also a chance to talk about the car's mechanical package with Günter Riedl, E-Legend's head of technology. The EL1 will use electric motors made by German specialist Phi Power, a pair of 306hp ones on the rear axle - these delivering their combined output through a limited slip differential to apportion it side-to-side - plus a single 204hp unit at the front. The combination has been chosen to deliver a conventional feeling driving experience, although a seriously quick one: E-Legend is predicting a 0-124mph time of 8.5 seconds and reckons the EL1 will be able to do two back-to-back fast laps at the Nurburgring Nordschleife on one charge.

"There is the chance for more power," Riedl says, "but it must still be driveable." It will also be possible to alter the dynamic behaviour to reflect different the way originals drove; so either making the front motor switchable or even removing it altogether. Riedl says the 1,560kg mass target is a realistic one for the finished car, which would make it pretty svelte for an all-wheel drive EV.

Like everything else in this rarefied part of the market, finished car will be a hugely expensive indulgence. Once VAT is added to the €890,000 ex-works price tag it works out at around £910,000 in the UK at current exchange rates. That price probably isn't too far removed from what a low mileage original road-going Sport Quattro might make if it reached the open market; we live in a world where the last RHD Quattro 20V sold for £163,000 back in August. But the EL1 and its planned successors won't require any original to be harmed or radically altered.

What does Wolfgang Holzinger make of his son's creation? "He is retired now, but he is a bit afraid for me to start out like this," Marcus says, "he was around and helped out with ideas, he still has a great eye, but he was always saying 'don't mention my name when you talk about [the original], that car is ugly.' But I say it is ugly in a beautiful way. And he loves the new car."

Fingers crossed somebody takes one rallying. Although you probably wouldn't hear it coming.