Can the most important Aston in a generation live up to the weight of expectation?

There's an undeniable swagger around Aston Martin at the moment. Not so long ago the cars, covetable though they were, were using old technology in familiar designs. Now, with some proper backing and under the guidance of Andy Palmer, the progress is ferocious. And tremendously exciting.

The Valkyrie on road tyres will be as fast as an LMP1 car. A brand new factory in Wales is tooling up to produce an Aston Martin SUV. The aim with Lagonda audacious; indicative of this ever-growing confidence. A mid-engined 488 rival is coming, money is rolling in, and the new Vantage - launched 15 years after that stunning first V8 concept - is sold out for the whole of this year.

So what are the faithful - because those customers haven't yet driven the car - going to receive at some point in 2018? Quite simply, and here's your spoiler alert, one of the most exciting and outrageously desirable sports cars launched in a very long time. There are niggles, certainly, and we all know how the United Kingdom has been the undoing of many a car, but so much already feels so very, very good that it would be an incredible shock to find a vehicle anything less than excellent over here. Famous last words and so on...

Where to begin? To these eyes, it's a stunningly attractive shape. Even in hi-vis green. Perhaps not classically elegant like the old car, but instead a form that's brimming with purpose and intent, yet also features some lovely details. It's compact, punchy and modern, while still retaining familiar sports car proportions and a sense of Aston style. Crucially, too, given the last decade or so, it looks different to everything else in the range.

It's harder to deliver such unequivocal praise about the Vantage's cabin. Much is good: the driving position is fabulous, the materials feel great and it's a world away from its predecessor in terms of quality and sense of occasion. However, it does feel a bit cluttered with buttons and, depending on spec, a bit dark in there. Excluding the steering wheel but including the seat adjustment, there were 52 buttons in 'our' Vantage cabin. No doubt familiarisation will make it appear less bewildering, and buttons are typically preferable to a touchscreen, but some switches here remain fiddly and not intuitive. A Mercedes-AMG GT incorporates much of the similar tech more cohesively, and an R8 cabin surpasses the Aston for both style and usability.

That's really about as big as the gripes get for this Vantage, though. Before anybody drives the car there's an explanation from Matt Becker of his influence on the design and what's underneath it - a worthwhile 15 minutes if ever there was one. Becker uses the word "unapologetic" to describe the Vantage's focus on the 911, even the Aston's brake feel is modelled on that bloomin Porsche - he mentioned it first, OK, not us - because he liked it so much. (A bigger master cylinder aims to improve that). Torsional stiffness is up 8,000 Newton metres per degree over the old Vantage to 35,000 (with body in white saving of 20kg), it generates genuine downforce now (77kg at the rear at top speed) and there's a shorter final drive for the eight-speed auto than in the DB11 (now 2.7:1, down from 2.9) for more excitement through the gears.

Don't forget, too, that this car has an electronic limited-slip differential - which should put paid to the sometimes clumsy behaviour of old Aston units - a solidly mounted rear subframe for a greater sense of connection, a bespoke set of Pirelli P Zeros on its 20-inch rims and space still for two golf bags. Phew.

How does that translate in reality? Absolutely superbly on this experience, enough to turn the prospect of driving one again into an agonising, how-many-more-sleeps-must-it-be wait. The first exposure on the launch is around Portimao circuit, with all test cars running the optional ceramic brakes, forged wheels and sports exhaust (identified by four exhaust outlets; the standard set-up has two). So the optimum circuit configuration (and already a fairly expensive one), yes, but by gosh does it work.

The Vantage isn't quite a 911 on track, that pesky Porsche still a tad more nimble, resilient and poised. Blame the weight advantage as much as anything: a Vantage with the ceramic brakes (saving 24kg) and forged wheels is 1,530kg dry; a standard 911 Carrera GTS full of fluids and ready to drive is 1,450kg. That being said, on track the Vantage is still the most entertaining, deft, exciting and enjoyable Aston in memory.

Perhaps the best that can be said about this Vantage is that it feels like no other Aston; the turn in is so incisive that you're initially convinced it must be using four-wheel steer. There's more traction than any Vantage has had despite there also being more torque, plus an appetite and endurance for laps that's unprecedented in a series production Aston. This isn't a Vantage you might just take on a track day; it's one you must.

Even on a huge circuit like Portimao, the twin-turbo 4.0-litre V8 never feels overawed; on the contrary it's punching so hard, everywhere, that it makes the performance of the eLSD and rear P Zeros even more impressive. Only once in a total 45 minutes of track driving did the gearbox not deliver a shift when expected, so well calibrated is the ZF automatic. Those ratios mean you're getting meaningful performance from a lot of gears, and the paddles are a joy to use. Plus, of course, it sounds great; less OTT than something AMG, but more raucous than anything BMW or Audi currently makes - it's a lovely balance, one that will no doubt be the subject of many a dodgy metaphor in due course.

Like the DB11, the Vantage has configurable modes for both drivetrain and dampers, but unlike that car the Vantage feels much more serious in all of them - this is not just a smaller DB. Even in the standard Sport setting the car is composed and assured on circuit, the intensity rising commensurately with the more aggressive settings to deliver a rewarding and confidence inspiring track car. It feels secure and tough, riding kerbs well and taking considerable punishment, without ever being aloof or prescriptive. You want fast and neat? No problem. You want to push the limits of you and the car? The Track DSC setting is what you're after. You want so much smoke it looks like you've set fire to a highlighter pen? Of course; the Vantage can play the balanced, responsive, tyre smoking tearaway as long as you like. It's a delight.

Perhaps more impressive, endearing and - let's be honest - relevant aspect of the Vantage though is its road behaviour. Because instead of locking away its best bits only for track - an accusation easily and justifiably levelled at some 911s - the Vantage is exploitable, involving and simply damn good fun at road speed.

What it is patently not, however, is a GT car. Again this was a conscious decision by Aston to distance the Vantage from the DB11, with elements like the solidly mounted rear subframe and a lack of GT mode for the dampers specifically there to give the car more edge. And while you would never call the end result raw, it does mean that you always feel part of the Vantage action, even at a cruise, so it will be interesting to see how that transfers to the UK. For now it feels like a perfectly liveable compromise, albeit one that will leave those people approaching this car like a junior DB9 (as they might have in the past) in for something of a shock.

Of course the flipside is an immediacy, agility and engagement on the road that's difficult to get enough of. The Vantage can scythe its way through bends and thunder down straights in as dismissive a fashion as you might expect from a brand new sports car, though without ever forgetting there's some flesh and bone in the middle that might still like to be a part of it.

So those gear ratios that worked so well on the track are also a boon on road, keeping the driver busy with those lovely aluminium paddles. Of course you don't really have to change gear, though you'll find yourself doing it because of the noise, the feel, and the immersion. The steering is faithful and accurate, not feelsome like the old hydraulic rack but now boasting a speed more befitting of a proper sports car and one that complements an eager, effervescent dynamic package. The Track setting for the DSC that worked so well on circuit also gives you just the right amount of slip on the road, again giving you as the driver what feels like some control over proceedings. Combine all this with strong, progressive brakes in a package that feels just about compact and wieldy enough on the road and hopefully you can see why it's deserving of such praise. There was no doubting the driver interaction of previous Astons, the question mark instead fell on outright ability; this car doesn't feel to have sacrificed anything significant in the former category, while making huge strides forward in the latter. You don't have to make excuses for it, or give the Vantage an easier ride because it's an Aston and it's cool and you can pretend at being James Bond - it's simply an excellent sports car.

Which means what, exactly? It means those people who took a gamble on Aston Martin look set to have their faith emphatically rewarded, and that Aston has done a fantastic job in recruiting the right people and pooling the right expertise to create a fine sports car. The Vantage is as desirable as it is broadly talented and engaging, which will be a tough act for anything at this price - yes, the 911 included - to surpass. 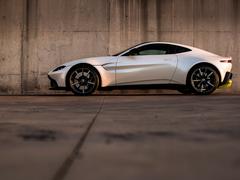 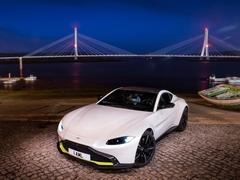 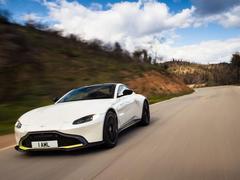 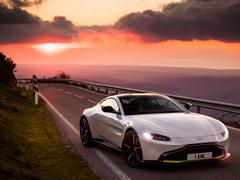 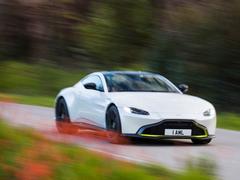 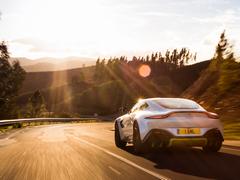 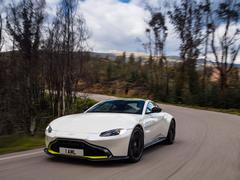 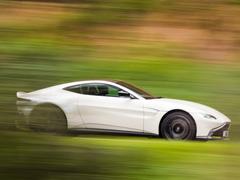 Six things we learned about the Clubman JCW...