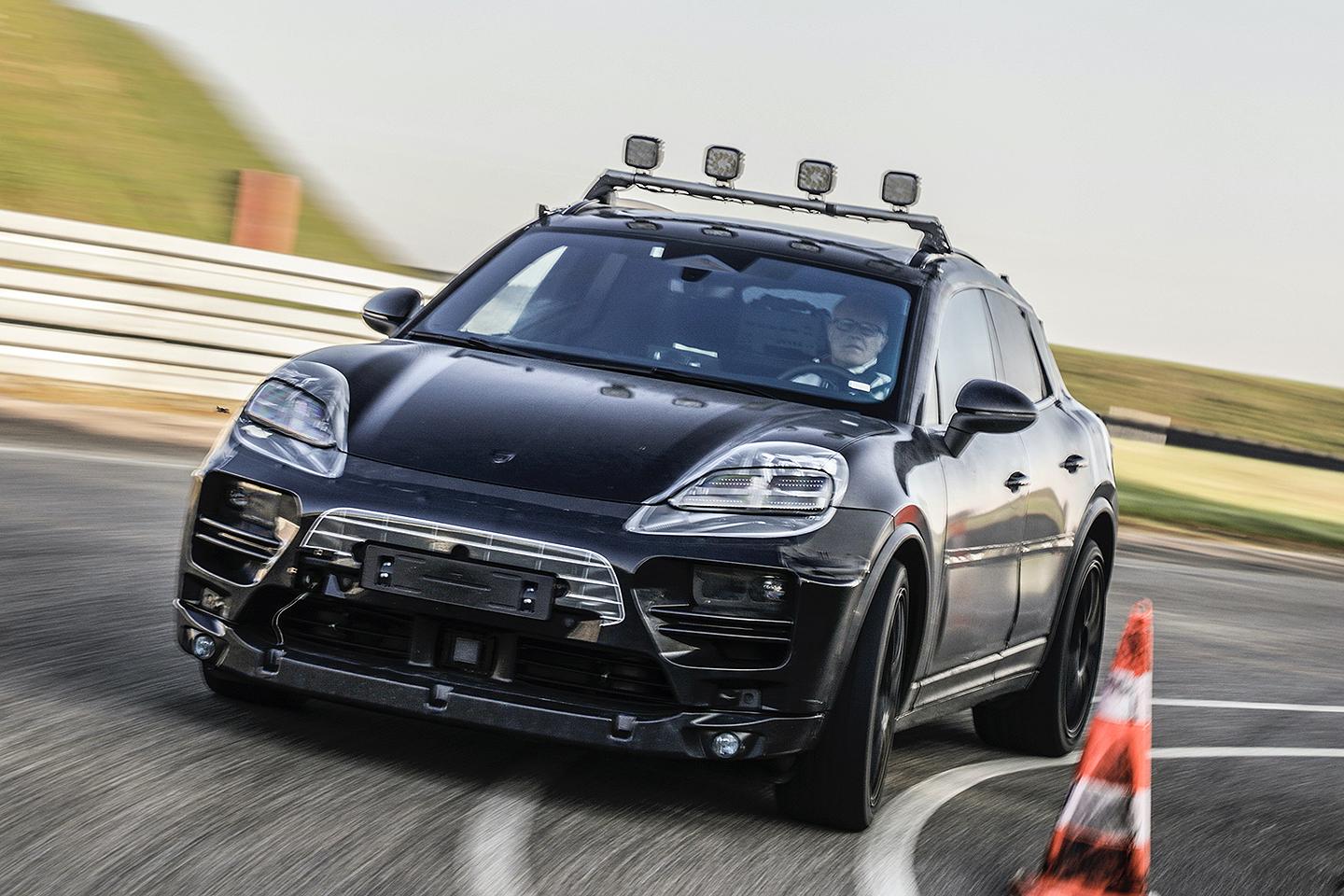 Porsche has sent the first Macan EV prototypes out into the world this month, beginning a two-million-mile period of testing and development before the model is launched in 2023. The all-electric SUV has already been trialed extensively in the ‘digital world’, meaning the cars you see here give a good indication of what to expect, at least in a design sense. The EV car is set to be quite different to the petrol-powered version of the updated Macan, due later this year, in more ways than just how it's powered.

You’ll likely have noticed just how steeply angled the EV prototype’s bonnet is, a design feature that can only be achieved when there’s nothing significantly large to mount fore of the bulkhead. The Macan EV is set to use an SUV-adapted version of the Taycan’s J1 platform, with the batteries low and the electric motors placed on each axle, allowing for the removal of most front grilles and openings on the car’s nose. Obviously the Macan won’t be as slippery as its sibling, but Porsche promises greater range. Not to mention shorter fast-charge times, which currently allow the Taycan to top-up from 5-80 per cent in 22.5 minutes.

That’ll no doubt come thanks to advances in battery tech, something that happens at such a pace that the prototypes you see here have to be built with the knowledge that a more advanced solution will be available before testing is complete. But when it comes to things like aerodynamics and the direction of cooling onto key components, the demands remain largely the same. Porsche said the photographed cars (these are official pics, not spy shots) feature cooling systems and ducts to keep hardware in the ideal EV operating range of between 20 and 70 degrees, even under high load scenarios like charging with a rapid plug in hot weather.

While the cabins are concealed, much of the development work for integrating EV-specific controls and digital displays is already rolling. At its Development Centre in Weissach, Porsche is able to digitally project the interior around physical seats meaning that developers and external testers can be called upon to provide feedback and help with development. Fabian Klausmann from Porsche’s Driver Experience development department said simulation allows the team “to assess displays, operating procedures and the changing influences during a journey from the driver’s point of view”.

Still, the focus for engineers behind the wheel of the pictured prototypes will, of course, be on the powertrain. With 800-volt architecture carried over from the Taycan, they’re not entirely starting from scratch, but clearly the demands are going to be very different in a taller model with a different set of priorities. Although this being Porsche, we’re told to expect “typical Porsche E-Performance” characteristics by executive board member for R&D, Michael Steiner. He said the “all-electric Macan will be the sportiest model in its segment”, referring specifically to the EV side of the mid-sized SUV segment.

Despite earlier speculation that the Macan would be electric-only in its next generation, it seems Porsche will keep an internal combustion variant (or variants) going for a bit longer, with the brand stating that an updated car is coming later this year. The petrol models are set to be sold alongside the EV when that arrives, largely because some markets are not taking to EV power as quickly as Europe and China. From a UK perspective, regulatory powers, rather than the manufacturer, will ensure that no new Macan will be sold with pure petrol power after 2030. Although given how popular the Taycan has proved already, and the potential for a much-improved charger network, you wouldn’t bet against customer demand bringing that date a year or two closer.