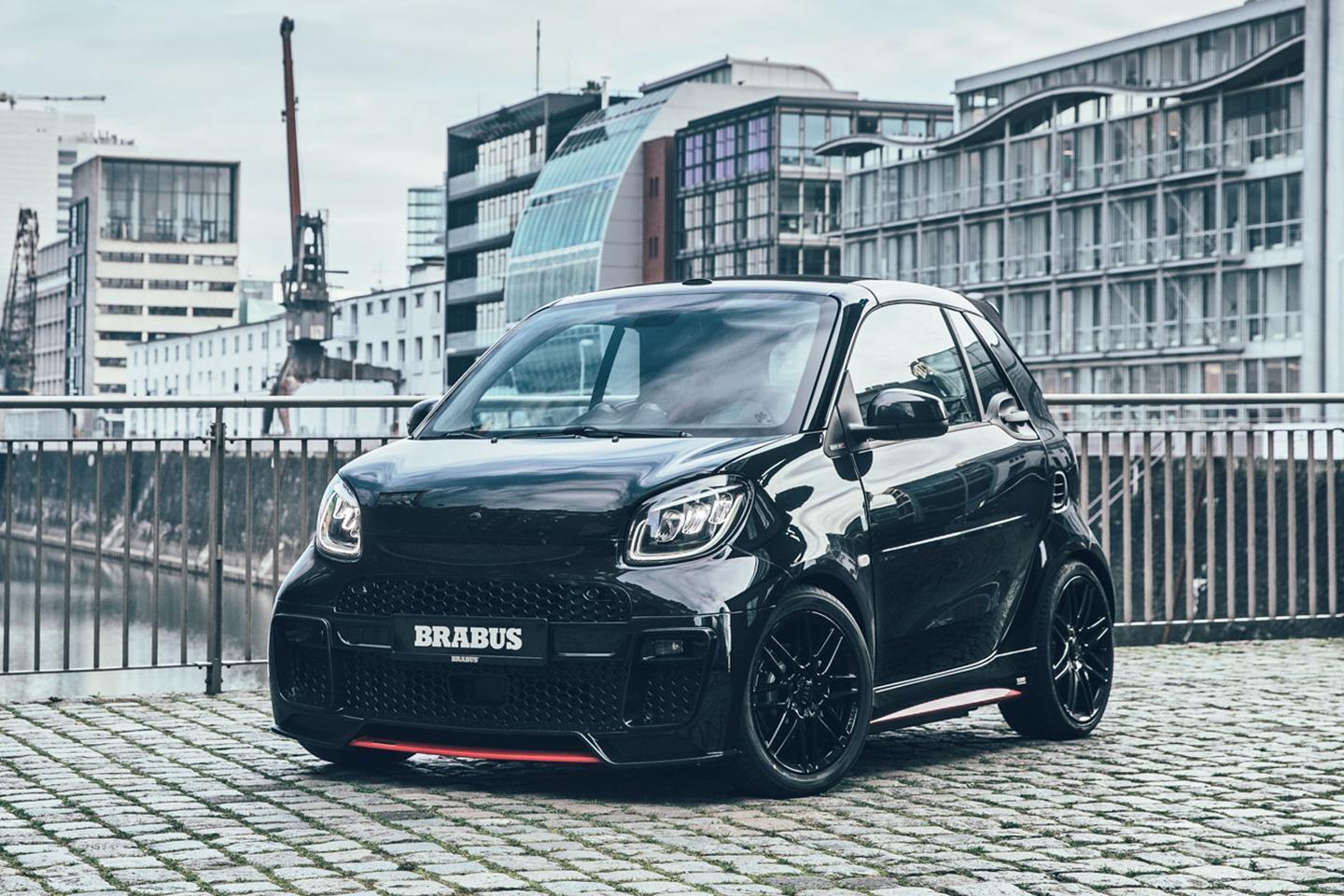 Though best known for stuffing enormous combustion engines into unsuspecting Mercedes saloons, Brabus has been tinkering with Smart cars for many years now. Who can forget, for example, the biturbo V6 Roadster Coupe of 2003? The production Brabus Smarts have typically been tamer - and perhaps not conventional Brabus fare - but they've clearly been popular, or the project would surely have been halted long ago. Now the Brabus Smart story is entering another brave new era: the electric one.

This is the 92R, a limited-edition model that Brabus describes as an 'electrically powered pocket rocket'. The 92 relates to horsepower, achieved through a Brabus PowerXtra upgrade for the three-phase synchronous motor, which is 12hp more than standard; with 132lb ft alongside (up 15lb ft), it is good for 0-62mph in 10.9 seconds and 81mph flat out. Brabus says a full charge is enough for 125km of driving, or 78 miles.

To ensure "superior performance and thus an incomparable driving experience", Brabus has equipped the 92R with new modules for the driving dynamics switch, which has three settings: Eco, Sport and Sport+. The former increases the regenerative braking over standard, with Sport sharpening throttle response and Sport+ there for "maximum driving fun."

Elsewhere, the 92R makeover is as we've come to expect from Brabus. See the 17-inch monoblock wheels, new front end with larger intakes, spoiler, diffuser, carbon accents and red highlights. Ride height is lowered by an inch courtesy of coilovers, which Brabus says bring "an outstanding combination of agile, safe handling and high ride quality." The interior can be done however the customer sees fit, though comes as standard with quilted red leather, carbon design trim and aluminium pedals.

It shows how far the electric vehicle has come that even Brabus is turning its attention to BEVs. Old habits certainly die hard in Bottrop when it comes to pricing, though. Limited to just 50 examples, the luxurious Smart EQ overhaul comes with an appropriately lavish price: 46,284 euros to be precise, albeit with electric subsidies obviously applicable - in Germany, that means 9,000 euros off. It's unclear if any of the production run will be coming to the UK, but if this does have you in the mood for a Brabus Smart there are plenty in the classifieds: see this old ForFour for less than £3k, this lovely low mileage Roadster and this extremely green Ultimate 125 - the only right-hand drive car, no less...