'Race cars for the road' enters the electric era... 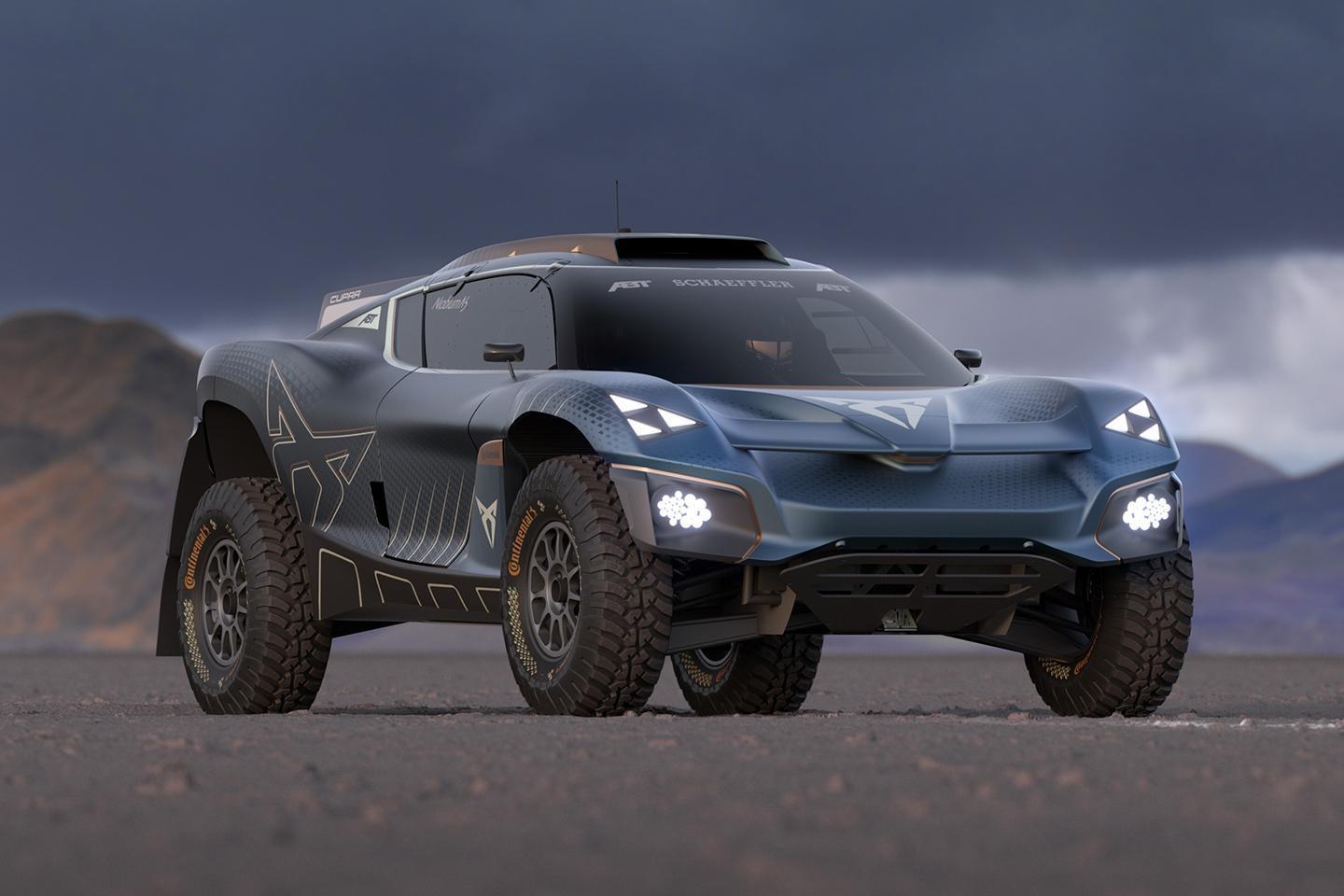 Many legends have been forged and money been made in what might loosely be termed the 'road racer' segment over the years. Whether the full motorsport-mandated homologation car, the track-inspired, stripped out special, or simply one adorned with added stickers, the buying public has long enjoyed a car sprinkled with racing fairy dust. And just when it seemed like the fad had died out, along came the Toyota Yaris GR to show that everyone did still love them.

What does that have to do with another electric SUV? Well, this Tavascan Extreme E Concept is Cupra's "reinterpretation of the ABT XE1", previewing the roadgoing Tavascan due in 2024. The link to motorsport is very much deliberate; this is what Cupra sees as the future of race cars for the road, a car that "hints at the design direction for the unconventional future production SUV car." It's even as fast as the racer, with a 54kWh battery promising 0-62mph in four seconds and located behind the driver "to optimise rear weight distribution".

Whether the Tavascan production car will look quite this extreme isn't clear yet, but wouldn't it be cool if it did? Jacked-up ride height, wheels shoved out to the corners, a giant roof scoop and chunky off-road tyres give it the look of a full size R/C car, an impression helped by the graphics and the lights. It's even built from 3D-printed, flax plant panels that are designed to be easily fixed should any damage occur. They're said to be cheaper and less environmentally damaging than carbon, which will be handy if they get biffed on an overlanding adventure.

"The Cupra Tavascan Extreme E Concept is the next evolution of our all-electric off-road racing car with even more CUPRA DNA and a design that hints at the brand's future direction. But it also delivers technical advancement, too," said Head of Technical Development at Cupra Racing, Xavi Serra. Even by as early as 2024, the landscape for electric vehicles will have changed again, so the premise of the roadgoing Tavascan will likely develop even more. But a road-going EV that looks something like this might be just the shot in arm both Cupra and Extreme E needs to garner more enthusiast affection. Expect more soon.