Is the Ferrari 488 GTB the scariest mid-engined Berlinetta Maranello has ever built? Scarier, even, than an F40 or

on whose turbocharged heritage it draws?

It certainly provided me with one of the most terrifying moments I've ever experienced in a Ferrari. 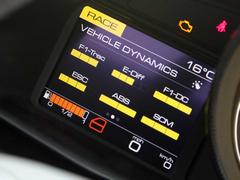 Do ya feel lucky, punk?

I'd decided to show the 488 GTB off to a friend, as one does when loaned a Ferrari for a few days. We'd razzed around a bit on a summer's evening and found ourselves in Marlow. I got the impression Ferraris aren't exactly a rare sight in these parts. So didn't really clock the significance of the width restriction signs as we approached the old suspension bridge that crosses the river there. Rather too late I saw the kerb and bollard enforced gap I was going to have to squeeze through - "blimey, that looks tight..." I said to my companion. As the sidewalls of the front tyres squeaked between the kerbs on BOTH sides I realised this wasn't looking good. That bit of paperwork I signed agreeing to cough up £400 for EACH kerbed wheel was pointing towards this being a very expensive trip over the Thames. Not to mention a humiliating one. I made it though, we crossed the bridge, I thought I was home and ... wait ... there's one on the other side too? 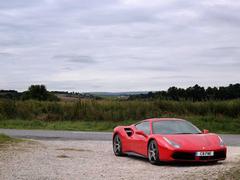 Well, it's not Maranello that's for sure

My sincere thanks to the bloke who took pity on me, got out of his car and painstakingly navigated me through, wheels intact. Thanks mate - I appreciated your help, even if I probably didn't deserve it!

White knuckle
OK, a shaggy dog's tale to illustrate a conceit about the 488 GTB being a bit of a handful. Actually this wasn't the scariest moment in the car at all. That came a couple of days before on one of the bleak and bumpy roads that cross Saddleworth Moor.

A lesser car would struggle there. The lumps and bumps are savage, rapid-fire and typically exactly where you wouldn't want them, like just on corner entry. And apex. And exit. Go even a foot off-line and there are kerbs to make a mess of those wheels - and more besides - not to mention splitter-scraping compressions, vicious crests and more. The surface is a make do and mend patchwork quilt of materials, none of them especially grippy, and the rain was hard enough to have the wipers on full and still be left wanting. 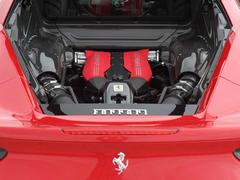 The kind of conditions that might - perhaps should - make a man in a 670hp turbocharged rear-wheel drive Ferrari think twice. But, of course, the 488 GTB is a modern Ferrari. And wasn't scary, even on a road like this. Until the point that it very suddenly was...

The composure offered by the SCM3 magneto-rheological dampers is a defining feature of this car, and what makes it entertaining and rewarding even at relatively sane road speeds. Certainly more relevant in the UK than all the clever aero. The dampers are so fast and so controlled, whatever's going on with the road surface. They're clever too; in Race and CT Off modes on the Manettino the Side Slip Control 2 can independently play with the damping balance in each strut to adjust cornering stance, Ferrari claiming a 12 per cent improvement in corner exit speed in conjunction with the E-Diff and F1-Trac stability control. 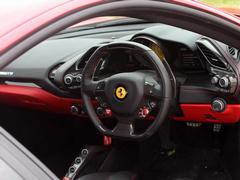 Technically all very impressive. Practically speaking confidence in the car as a whole flows from the damping, the way it maintains a consistent contact patch for the tyres even on roads as bad as this giving you a direct line of communication with the chassis. A super pointy front end on a car with this much power going to the rear wheels shouldn't be this accessible - see how inert Lamborghini has made the Huracan feel in comparison, even with the extra security of four-wheel drive. But Ferrari clearly views tech as an enabler, delivering a razor-sharp set-up that's also massively confidence inspiring in average hands.

Confidence enough for me to be driving a wet moorland road with the Manettino in Race, dampers decoupled into the Bumpy Road setting and flicking up and down the gears via the big carbon paddles, their decisive click and the lightning quick response to them from the dual-clutch gearbox a reasonable alternative to the tactile delights of the long-abandoned open-gated manual.

But sometimes a bit of fear - call it respect if you prefer - is useful. And when, finally, I got a little too greedy on entry speed, a little quick on the throttle and a little lazy with the steering the 488 showed me its scary side.

Ferrari is very clever in the way it manages the torque delivery of its turbo engines, only giving you the full 560lb ft in seventh and carefully tweaking the curve to avoid any nasty, traction compromising spikes like you get in some turbo cars. The BMW M4 I ran as a long-termer springs to mind. 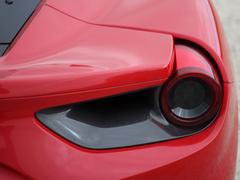 Ferrari's engineers spent many, many, many hours of work in an attempt to eradicate turbo lag and give the 488's motor the throttle response of the normally-aspirated engine it replaced. Their PR colleagues then spent even more at the press launch (well, it felt like it anyway) telling us EXACTLY how this had been achieved. Graphs and everything. Ferrari keeps banging on about it too, Tweeting just the other day 'zero turbo lag and a seductive soundtrack - discover the engine of the Ferrari 488 GTB'.

This is nonsense. The 488 GTB's engine feels turbocharged. Less so than a McLaren. Sharp enough in response to all-but silence fears of those saying it could never match a 458 Italia's normally-aspirated zing. Through an optional titanium sports exhaust it blares away in maximum attention seeking fashion. But from inside it sounds turbocharged. It IS turbocharged. Lag included. Just not much of it, even when you deliberately go looking for it by hauling from a tall gear. 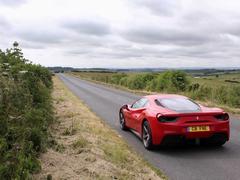 And when those turbos boost the result is, 99 per cent of the time, an utter thrill. For this 1 per cent, however, I wasn't quite ready. The front wheels skated as the front end pushed on. Not reading the messages I was already on the throttle and, even with systems supposedly on, the slide took me well onto the other side of the road and demanded a good quarter turn of lock to gather up. But even in a car as rabidly fast as this when stuff like this happens it's so well telegraphed your instincts - and those of the car - deal with it and it's over before it's begun. A valuable warning shot though. This amount of power, delivered so explosively, demands respect, no matter how many clever systems are managing it.

It's actually something of a relief to discover Ferrari hasn't entirely dumbed down what is, by any measure, a staggeringly fast car. No, you don't need to walk on eggshells the way you might have with a 288 or an F40. But it's still a car that can turn you pale if you push your luck just a little too far. And for that alone I admire it. Ferrari needed to do something to help us transition from 458 to 488. And burying just a little of the madness of its previous turbocharged icons is entirely appropriate. If you ever do uncover it best have your wits about you though.