GTO Engineering revives one of the most sought-after Ferraris ever 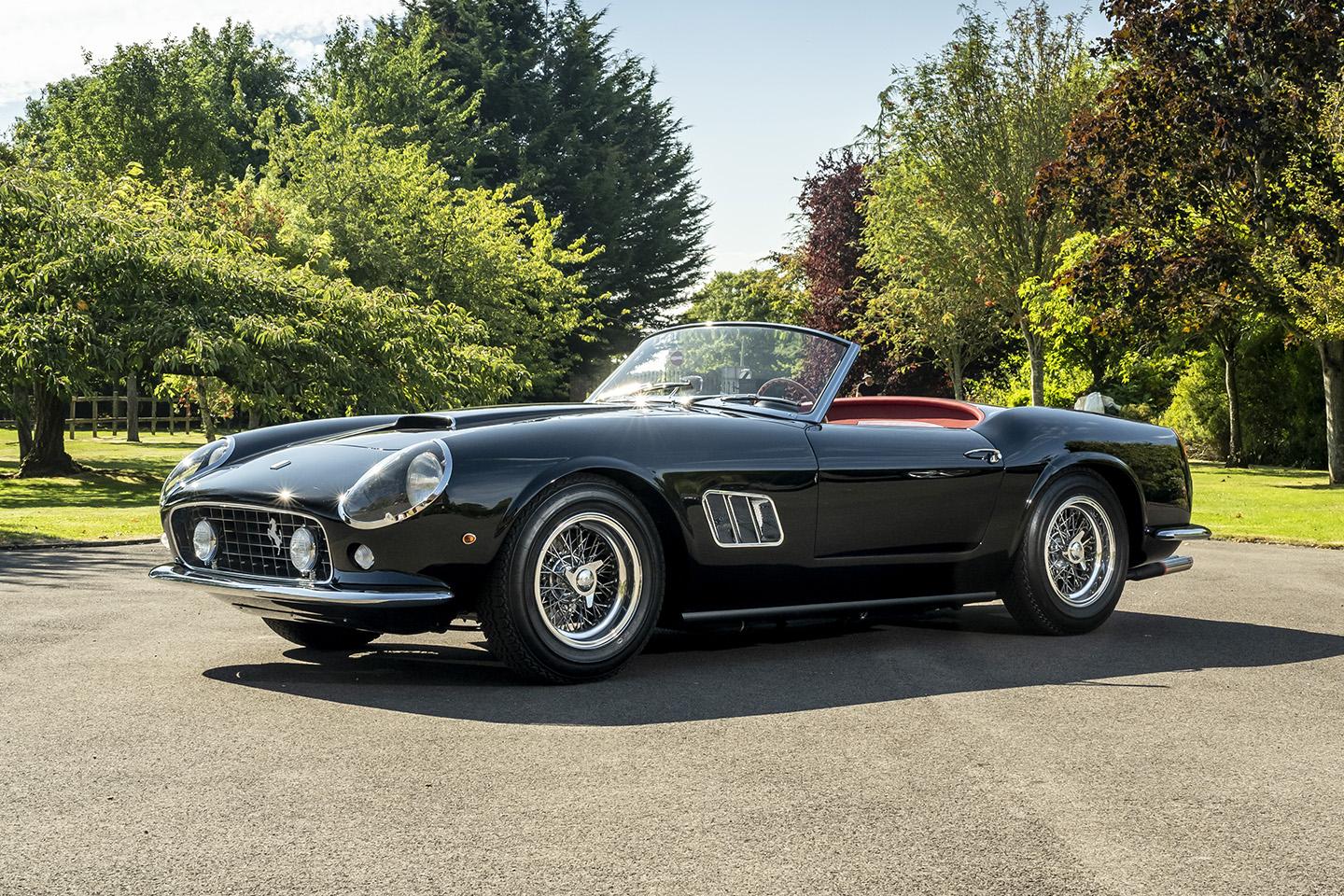 There are restomods and replicas and then there's GTO Engineering's Revival series. Mike visited the fiirm last year and drove their version of the 250 GT SWB, a car that apparently 'made the sort of noises that I hope will soundtrack the afterlife'. Which is about as lofty as praise gets. Now the Ferrari specialist has announced its latest interpretation: a hand-built, tool room copy of the 1960 SWB California Spyder.

It's unlikely that you'll need us to tell you that this is one of the most iconic cars of the sixties - not least because it is among the rarest. Just 106 examples were built (including the LWB version) which means that if you want to experience one in 2021, you're looking at the thick end of £15m. The kind of outlay which is liable to make you think twice about driving it anywhere.

GTO Engineering's recreation is not exactly cheap either - it quotes between £750,000 and £850,000 depending on your chosen specification - but in the rarefied world of classic Ferraris, any six-figure sum is probably considered affordable. And not unjustified either; the firm reckons there is more than 1,500 ultra-skilled man hours poured into every carefully assembled example.

Moreover, it promises that each area of the build is 'better or matched in terms of quality and manufacturing standards'. Part of the development process included strengthening the Spyder's sills in the pursuit of better torsional rigidity - a benefit which is likely to pay off handsomely in the driving. Better yet GTO will let you choose from 3.0-, 3.5- and 4.0-litre configurations of V12 depending on your output preference. You can also have a five-speed gearbox over the standard four-speed.

The Spyder, which is due to be revealed at Goodwood Revival this weekend, is intended to be the third model in the firm's Revival series following the 250 SWB and the 250 Testa Rossa. The specialist is also working on the Squalo, a ground-up re-imagining of a sixties-era Ferrari built on modern-day underpinnings.

Mark Lyon, founder and Managing Director of GTO, said: "It's very exciting to be able to start talking about our latest addition to the Revival series: the California Spyder Revival. It is one of, if not, the most iconic Ferrari road car from the Sixties and it's something we've worked hard over recent years to develop. The feedback from both previous and new Revival-series customers is encouraging and we're looking forward to work with more owners to create their dream car."