Cadwell is one of Britain's best tracks. Especially with 3,080hp worth of Ford Kas hammering along its asphalt... 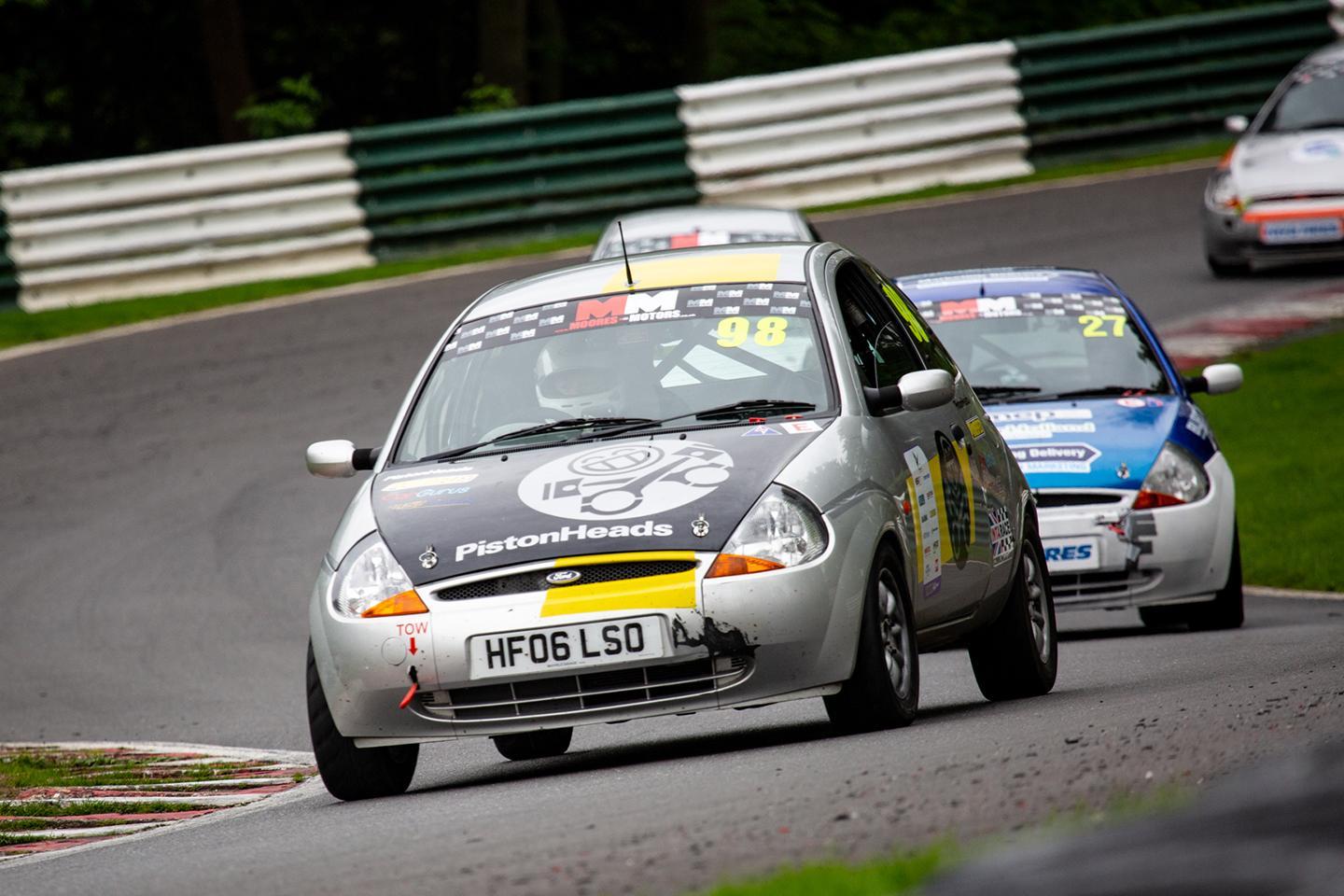 We seemingly breezed through the inaugural season of EnduroKA in 2019, securing podium finishes with little more than a leaky fuel cap. (Which still haunts us and we still blame for costing us more than one race win, but that's racing.) Our last two races though have been cause for reflection; the first writing off a car that helped us perform well beyond our expectations, the second almost writing off the freshly built replacement.

Ultimately, as a team sport, our Achilles heel has been the lack of proper communications equipment. There have been countless situations where having fit for purpose pit-to-car comms gear could have not just helped us to finish races, but also win them. I'm amazed it has taken us until our third season to finally invest in such a system, but after two completely avoidable incidents at Donington Park last month, we decided we'd bite the bullet and pick up the phone to Intarace.

The very next day everything we'd need dropped on my doorstep: two radios including a pit crew headset, enough microphones and in-ear speakers for three drivers, not to mention a comprehensive dummies guide for setting it all up. Spending £700 on radio equipment for what is supposed to be budget racing is one of the biggest investments you'll make as a team - and as we found out at Cadwell Park, one of the most valuable.

But before we were going anywhere, we had a car to fix. Strapped for time (and in all honesty willingness) to fix a car we'd only just finished building, we dropped it off with Moores Motors to work their magic. We didn't even know if it was a write off or not. Luckily, the bent rear beam was nothing more than that, so it was duly replaced with the damaged rear quarter panel fixed at the same time.

We picked it up with only a couple of days left to spare before the six hours of KAdwell and quickly got to work on fitting new discs and pads and giving the brakes a thorough going over - we didn't want another scare like Donington again. With no time for testing, we had to go into qualifying blind. Luckily with RacingPete and, I quote from the commentator, the 'talented young driver' that is Sam Sheehan racing alongside me, I knew we'd be in pretty good shape.

Sam had only been to Cadwell once, and that was almost four years ago. Yet within a handful of laps, he had placed us P6 out of 44 cars competing. With our comms gear fitted and the rain just about holding off, we were feeling confident for the six-hour race ahead. Yet all it took was one lap of racing for the red flags to come out with the first major incident of the day, with team KAR rolling through the infamous Goose Neck.

After a short stretch sat on the start finish straight, the green flags came back out and Sam spent the next hour and a half making his way up to P1 before pitting and handing over to yours truly. Just like Sam's stint, I barely managed a handful of laps before the next car rolled through the goose neck and I found myself sat on the starting grid. It's sobering waiting to hear over the team radio that everyone was OK, but luckily all drivers involved were able to walk away.

I was just getting into my groove after the race restarted when disaster struck as the engine cut out on my entry into the hairpin after Hall Bends. Somehow in a tight pack of cars, everyone managed to avoid me and I coasted into the old pit lane, where I presumed I'd be spending the next four hours waiting for the race to finish.

Naturally it helps to have a radio in these moments, as I was able to start talking to the team and trying to identify what had gone wrong. We were baffled but an additional lifeline was thrown in the form of a yellow flag, which gave us the opportunity to get the car recovered back to the pits to investigate. Moores Motors came to the rescue once again, narrowing down the fault to a relay that had worked its way loose. By this point, we were 30 laps down on the race leader and in a similar position to the one we faced at Donington, where all we had left to do was go out and enjoy ourselves. Which is exactly what we did.

As the rain started to come down, I chickened out of getting back in the car and having never personally driven the car to finish a race, we shuffled our plans so that Pete would drive next, heading back out in P43. Wary of what happened last time round, Pete took it relatively steady, setting some blinding lap times, using his wet racing experience to his advantage.

Of course, with all his supposed talent and youngness, telling Sam to take it easy for his final stint is like trying to tell a puppy not to chase its tail. But as it was his first time in our car on the new set up, I'll let him tell you what he thought of it...

"Even with the knowledge that a Ford Ka can absolutely be turned into a convincing racing car thanks to my previous experience of the old car (RIP) when it ran treaded rubber, the 2021-spec number 98 EnduroKa still left me enormously impressed. How can such a humble supermini be so keen over the front axle and so brilliantly adjustable? It was such a hoot to drive on Cadwell Park's tricky, undulating layout, with the first three corners - normally a considerable challenge in fast stuff - taken flat-out. At most, it was a quick lift to get the car rotated into Charlies. Epic.

"The following 90-degree Park required braking and downshift, and hammering into the following Gooseneck was absolutely awesome. Honestly, the feeling of nailing the braking into Park (with no ABS, there's genuine pedal feel in the Ka) never got boring. Although for me, the Ka felt most alive through the right-left-right-left of Hall Bends, because every lap was a test of your car balancing skills. I thought coilovers and semi-slicks would rob all of the fun from such a short wheelbase, but no. Push, rotation and cheek-clenching oversteer were all in easy reach. Cadwell remains as fabulous as ever - as does the PH EnduroKa!"

Thanks, Sam. Partly thanks to his enthusiasm, over the course of the second half of the race, we slowly worked our way up to finish P33. Not the result we'd hoped for, but another valuable lesson for the team with no pressure, plenty of seat time to learn more about the new tyre and suspension set up and enjoy some bumper-to-bumper racing. Fortunately, the 12 Heures du Norfolk is a month away, so we've got plenty of time to tape up the relays and make sure everything is tightened up for the longest race on the calendar. We can't wait.