Flipping of Mercedes-AMG Project One banned

Planning on selling your AMG hypercar on for massive profit? Bad news... 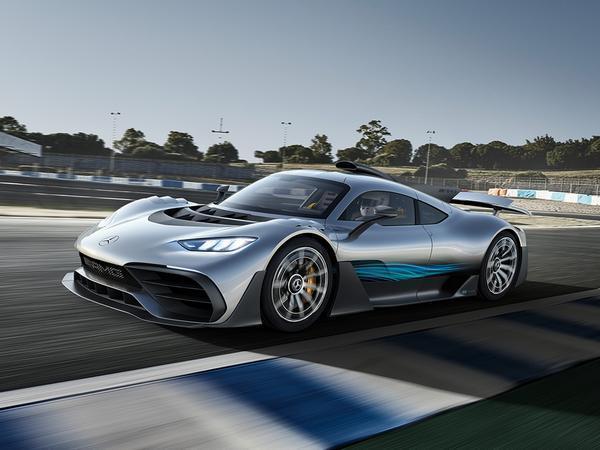 To stop those pesky millionaire AMG Project One owners from selling their cars on for profit – an act known as flipping – Mercedes has written a clause into their purchase contracts that will require a minimum ownership of two years.We know, poor them.

If any of the 275 buyers of the limited-run, Formula 1-engined hypercar are found to be flipping within this time frame, they’ll be subject to legal action. Each has already paid a portion of the €2.25 million plus taxes (so that’s about £2.4m for a British buyer including tax) required to secure a car, although they can still back out at this stage thanks to a bilateral right of withdrawal.

Auto Motor and Sport first reported on the new contractual requirement, stating that AMG will be keeping “its eyes and ears open” by monitoring sales platforms (probably including the PH classifieds) and vehicle exchanges on the internet to catch any flippers.

Mercedes is not the first company to place a restriction like this on buyers of a limited-run model. Ford placed a minimum ownership term on its GT supercar, and even chased famous wrestler and actor John Cena for a contractual breach payment after he flogged his car almost immediately. Aston Martin CEO Andy Palmer has also pledged to delete reservations for the Valkyrie hypercar if customers attempt to flip a build slot.

Behind the, erm, flipping news, Mercedes-AMG is hard at work developing its new hypercar. The first prototypes have started testing in public near AMG’s Formula 1 base in Brixworth, Northamptonshire, where the car is being developed.

It will use a V6 hybrid powertrain based on that of the Mercedes F1 W06 from 2015 – the one that dominated with Lewis Hamilton at the wheel. The road car will feature an even more powerful hybrid system, however, so total system output is predicted to be around 1100hp, which would be about 150hp more than LH had.

2021 Festival of the Unexceptional | PH Gallery