Standard Project 8 a little ostentatious? Try it with a smaller spoiler, four seats and no stickers... 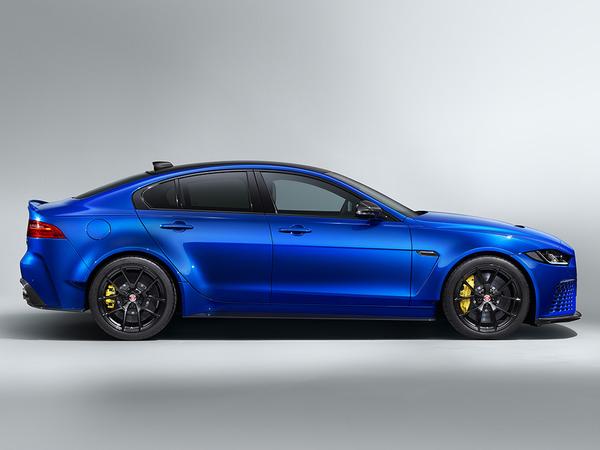 The Jaguar XE SV Project 8 is a confusing thing; despite the track-focused auspices, the lap records, the outrageous aero devices and the two-seat option, it's actually a rather lovely road car as well. Perhaps more so than on circuit. That same flow, cohesion and communication that characterises all Jaguars is there, only heightened to a more thrilling degree. And with 600hp.

To capitalise on those traits, and presumably to sell the last few, Jaguar SVO has created the Project 8 Touring. Described by its maker as "the ultimate Q car", the Touring Specification Project 8 does without the standard car's rear wing - replaced by a more subtle boot spoiler - removes the Jaguar stickers and comes only in four-seat layout. Like the other 285 Project 8s, the Tourings will be left-hand drive only.

Otherwise this car is as you were for the Project 8 - same 600hp supercharged V8 and 3.7-second 0-62mph time, although the Touring is limited to 186mph where the regular car does 200.

The 15 Project 8 Tourings will be offered only in British Racing Green (which will surely look fantastic), Valencia Orange, Velocity Blue (as seen here) or Corris Grey Satin. Should buyers really want the stickers added back on, they are an option. But the ultimate Q car can't have stickers, can it? We'll take one just like this, thanks very much. Jaguar dealers are awaiting your interest now...