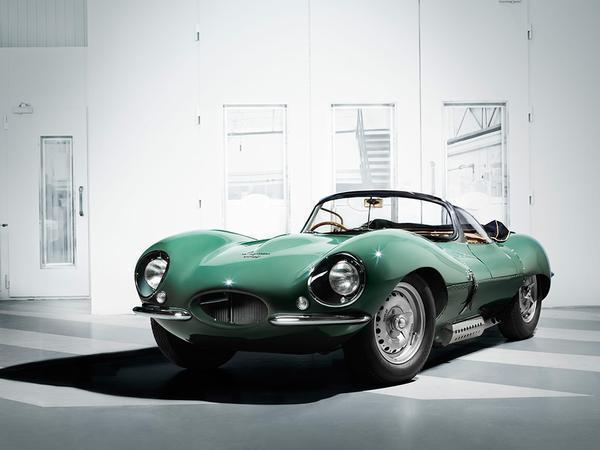 Given one of the most famous owners of the

was some bloke called Steve McQueen, it'd seem appropriate the 'new original' version would be launched in LA off the back of the Auto Show. Either that or the idea of a 'continuation' car with claimed original provenance (long story) is just too 'new money' for the chino'd and blazer wearing types at Pebble Beach. 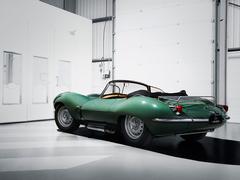 Because there are two sides to this phoenix-like story of a run of nine XKSS recreations assigned chassis numbers from an equal number of US-bound originals destroyed in the Brown's Lane fire of 1957. As with the six 'lost'

there is no reason on-paper why Jaguar could not resume construction 60 years later and claim them as factory originals. But for some in the classic car community it sets a dangerous precedent, potentially devaluing the true originals that remain.

Basically there's a whole load of beard stroking to be done about whether or not an XKSS built in 2017 is as worthy of the fuss as one built in 1957. Jaguar clearly isn't especially troubled by the idea. Nor, seemingly, are the nine buyers chosen from a "select group of established collectors and customers" who've stumped up over a million quid for the privilege of ownership. And it is, of course, a great way of attracting attention to the newly created Jaguar Land Rover Classic, which is due to open a new £7.5m HQ close to the SVO facility in Coventry that we visited earlier in the year. 10,000 man-hour recreations of classic Jaguars won't, suffice it to say, be the bread and butter of the business. That'll be more a case of parts supply and support for existing owners and factory grade restorations, be that an XJS indicator lens or E-Type rebuild. 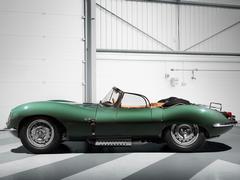 Will they ever be used? Discuss...

The 'new' XKSS has been revealed at LA's Petersen Museum, custodian of McQueen's example from the original production run of 16 cars. Jaguar Classic based the continuations off a combination of period plans and digital scans covering "several versions" of the original to build bucks from which the magnesium bodywork could be created and finished via traditional techniques like "hand wheeling". Concessions to modern safety standards are kept to an absolute minimum and given but passing mention, Jaguar acknowledging that the fuel cell has been upgraded to more modern specification as one example.

Everything else is period correct, from the Smiths dials to the brass knobs on the dash. The engine is a 262hp 3.4-litre D-Type motor, based on freshly cast iron block and aluminium head and fitted with triple Weber carbs. Magnesium Dunlop wheels with correct tyres and brakes from the same are also fitted. Tubing from the spaceframe comes from Reynolds, known for its steel bicycle tubing but, more recently, collaborating with Caterham to use its butting technology for automotive applications.

Will any of the nine owners follow McQueen's example and use them as their daily town drive? It wouldn't necessarily bestow the same coolness as a god given right. But it'd be a step in the right direction, and better than having it sealed in some underground vault.