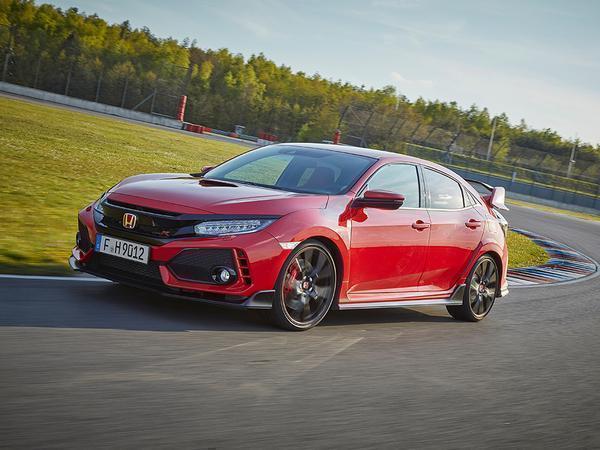 The next Civic Type R will undergo its biggest transformation yet so as to conform with Honda’s plans to electrify every model in its European range by 2025. That’s what was hinted to PH by senior Honda personnel at the Geneva motor show, who suggested the car would integrate electrification alongside a drastic change in design direction from the sharp and angular image of recent generations.

“We think it’d be quite easy to achieve Type R performance with a full EV right now, but Type R isn’t just about performance,” said Kohei Hitomi, who is Honda’s project lead for the new e Prototype. “It’s also about handling, operation and driveability. We don’t think it’s as simple as replacing that with electric power. That’s not the right direction for Type R.”

Instead, Hitomi said Honda’s exploring the advantages of electric power and how to use them to enhance the existing Type R formula. Although his answer remained vague – probably because the focus right now is not on Type R but rather Honda’s new electric models – it points to an almost inevitable use of hybrid power for the Type R’s successor. It certainly makes sense for that 2025 pledge, plus it’s something rival Ford is already working on with the next-gen Focus RS.

“People complained when we said the Type R would use a turbocharger, but now they appreciate the new possibilities this has provided,” Hitomi said. “I believe it would be the same for electrified vehicles as well; people who love Type R will come to realise what it can add to the driving experience. We just need to find the best attributes that are relevant for the Type R, so as to enhance the experience without losing what makes a Type R.”

Honda has recently introduced a new hybrid system based around a four-cylinder engine in its CR-V. It doesn’t seem too far-fetched to suggest a higher-performance motor – perhaps an evolved version of today’s turbocharged 2.0-litre – could gain some of the hardware introduced on that to produce a Type R with outputs that far exceed the current car’s 320hp and 295lb ft figures. Honda certainly knows how to make a petrol-electric layout work, see the V6 hybrids of the NSX and its fast-improving F1 programme as examples.

Hitomi’s thoughts for a major transformation were echoed by the brand’s designers. The team that created the e Prototype’s simplistic shape told PH that they expect the wider Honda range – including the hottest stuff – to be influenced. In fact, they collectively agreed it would be highly beneficial to help Honda contrast the “aggressive” design used by rivals. Music to the ears of those who’ve remained uncomfortable with the Civic Type R’s sharp looks, maybe.

Although for the Type R, what has long mattered most is a high-revving VTEC engine. Honda will no doubt want to ensure this visceral component remains a dominant one in the future, while also accommodating the tech required to meet its 2025 pledge. For those who can only ever imagine a Type R in a purer state, however, it might also leave today’s ultra-impressive Civic and atmospheric classics like the Integra looking all the more special.