Full review on whether VW's ultimate GTI works beyond a certain German racetrack...

is to be celebrated for one thing, I would like that to be its total scorn for the theory that cars developed at the Nurburgring don't work anywhere else. Because it's total cobblers. 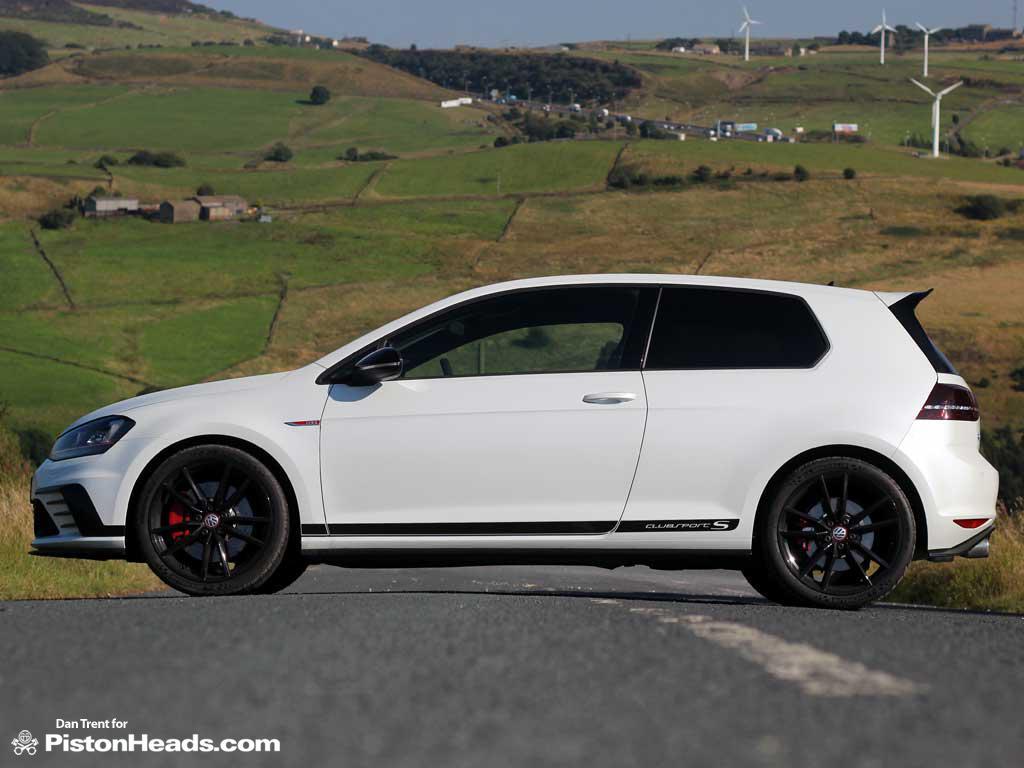 Like a Clubsport, but just a little more so

Case in point. For this first drive of the Clubsport S away from the Nordschleife I elect to take it to my go-to suspension shakedown test road. Shakedown being the operative word, because it's fast and open but bumpy as hell. In the familiar fashion the GTI Clubsport S has a mode button scrolling through Comfort, Normal, Race and Individual, the natural instinct for the hot hatch shredder to go for Race in the belief this will be 'fastest'. But if you go into individual, hit reset and accept the 'are you sure?' prompt you get a special hidden Nurburgring mode, combining all the various damper, steering, VAQ 'diff' and other parameters used by the team behind that 7min 49sec

No doubt inspiring yet more joyless missives from the keyboard warriors saying real owners will never go near the 'ring, the suspension settings ruin it for people who just want to drive to the supermarket and cars developed on the Nordschleife are too firm for the public road.

Hold your horses - if you look at the combination of settings this offers you'll actually notice it puts the dampers into Comfort mode, VW correctly asserting in the accompanying bumph that to get around the 'ring quickly you actually need a chassis that's compliant vertically to absorb the bumps but stiff laterally to support the car in the corners. And although it says 'Comfort' on the mode screen this is actually a hidden 'cheat mode' that puts the dampers into their bespoke Nordschleife setting. 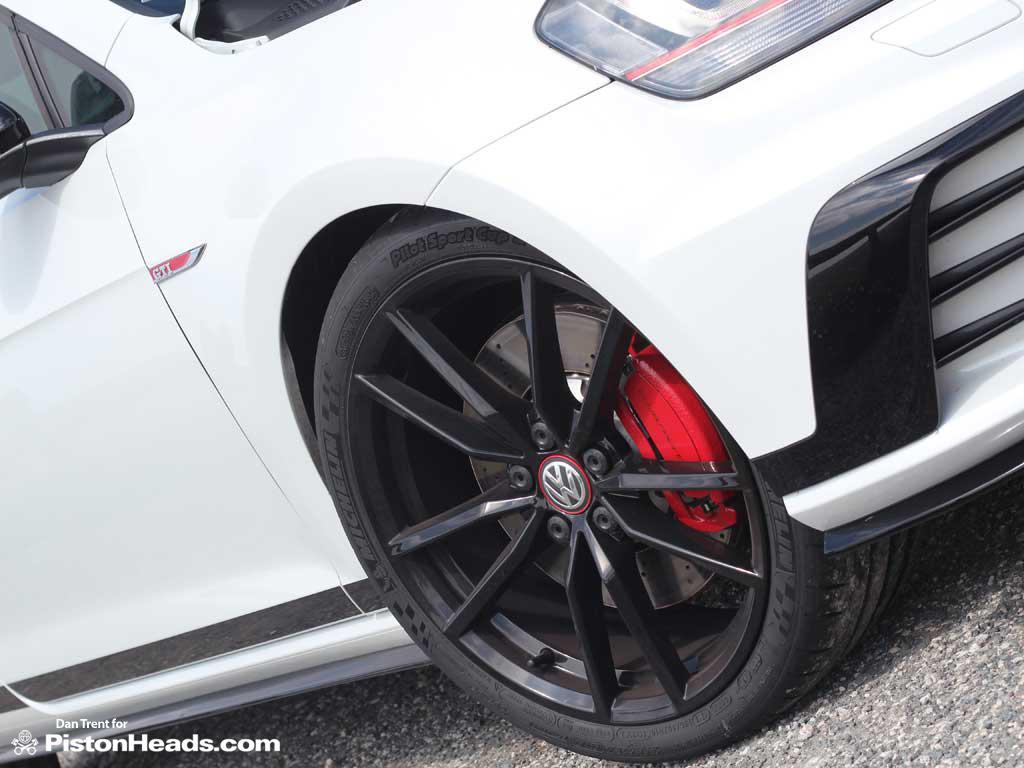 Humour would be going a bit far. But the way you access this 'need to know' configuration at least suggests a sense of fun among those responsible for the Clubsport S rarely encountered in VW product.

And it's exactly these tiny, geeky, detail changes to the Clubsport S that make it special. If you can be bothered to appreciate them. Mr Keyboard Warrior will meanwhile have started raging about the lack of rear seats and what's the point of a hatchback if you can't take the kids to school in it. To which you can only shrug and say there are plenty of other Golfs in the range with a full complement of seats. And the point so obviously missed would be the 150 people who've snapped up the UK allocation of the 400 Clubsport S production run seem entirely happy with this symbolic weight saving sacrifice. If you're the kind of person who removes the parcel shelf and lowers the back seat for track days in the name of improved centre of gravity this is the Golf for you. Even though I know it's pretty much pointless I am that kind of person. And within the first few hundred yards I very much wished I was among those lucky 150.

One of the reasons would be that - surprise! - in the Nurburgring setting the Clubsport S is an absolute ripper on the kind of uneven, potholed, patchwork quilted tarmac you tend to find on the more interesting roads in the UK. The way it combines taut body control with real bump swallowing compliance is - funnily enough - reminiscent of another 'ring record hot hatch and personal favourite, the Megane 275. Renaultsport went with posh Ohlins dampers rather than multi-mode ones in the Golf and the GTI has a more sophisticated multi-link rear axle against the twist-beam of both the Megane and the Civic Type R. As a result it's less ragged at the limit and a little more composed. But like all these cars the quality of the damping gives you opportunity to appreciate the feedback coming back through the rest of the controls. 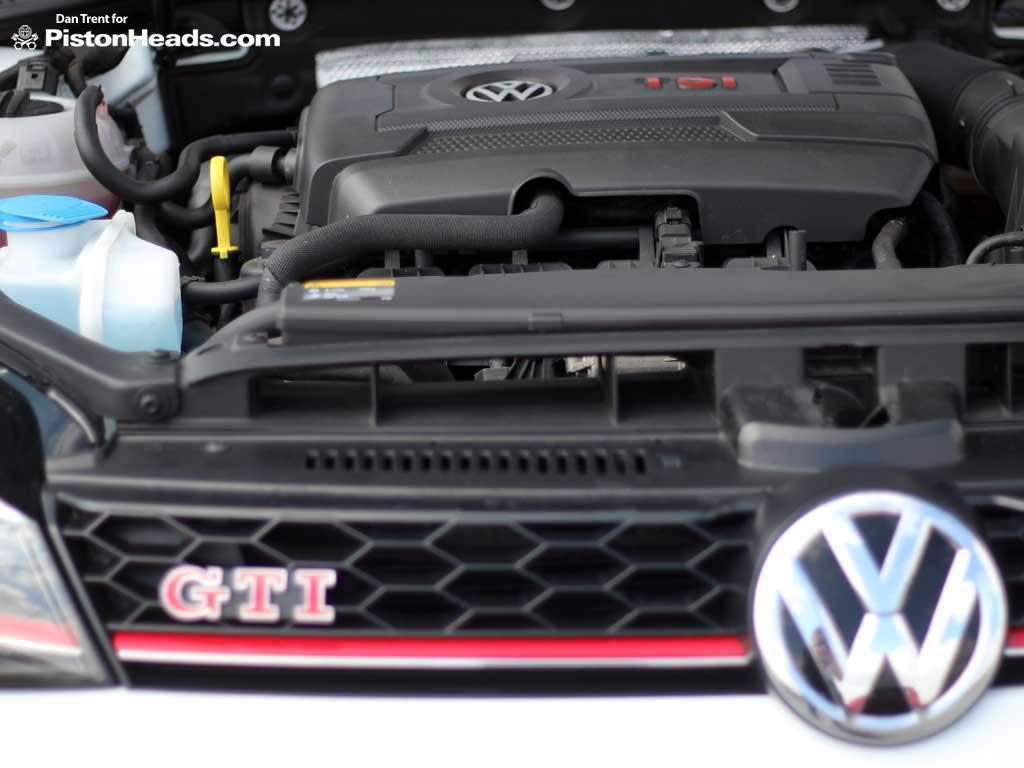 The EA888 gets interesting!

More of the same

, a bigger fuel pump and freer breathing exhausts - has a much boostier character than other applications. It still sounds a little flat but at least more 'real' than the artificial blare from regular GTIs and Rs, the throttle swift to respond but swelling into a thrilling rush of boost that makes it feel a lot more potent than any of the other MQB platformed hot hatches.

The lack of weight helps here. Various numbers have been bandied about but the 'with driver' EU figure is 1,360kg, 15kg less than a Clubsport Edition 40 and 22kg less than a GTI Performance. It's also 116kg less than a Golf R, these figures for comparable three-door manuals. Curiously the lightest hot Golf you can actually buy would appear to be a regular three-door manual GTI without the VAQ torque-splitting front axle, if only by nine kilos. And that gets a back seat! Oh. Was Mr Angry right all along then?

No. Because among the Clubsport upgrades are a new aluminium front subframe and bespoke hub carriers to allow more negative camber up front and help dial out some of the standard model's safety understeer. Project head Karsten Schebsdat explained more in our interview on the launch for the regular Clubsport (now known as the Clubsport Edition 40) and told us his aim was always to make the Clubsport models feel more neutral, improving the steering feel and general balance to give keen drivers a blank canvas to work with. 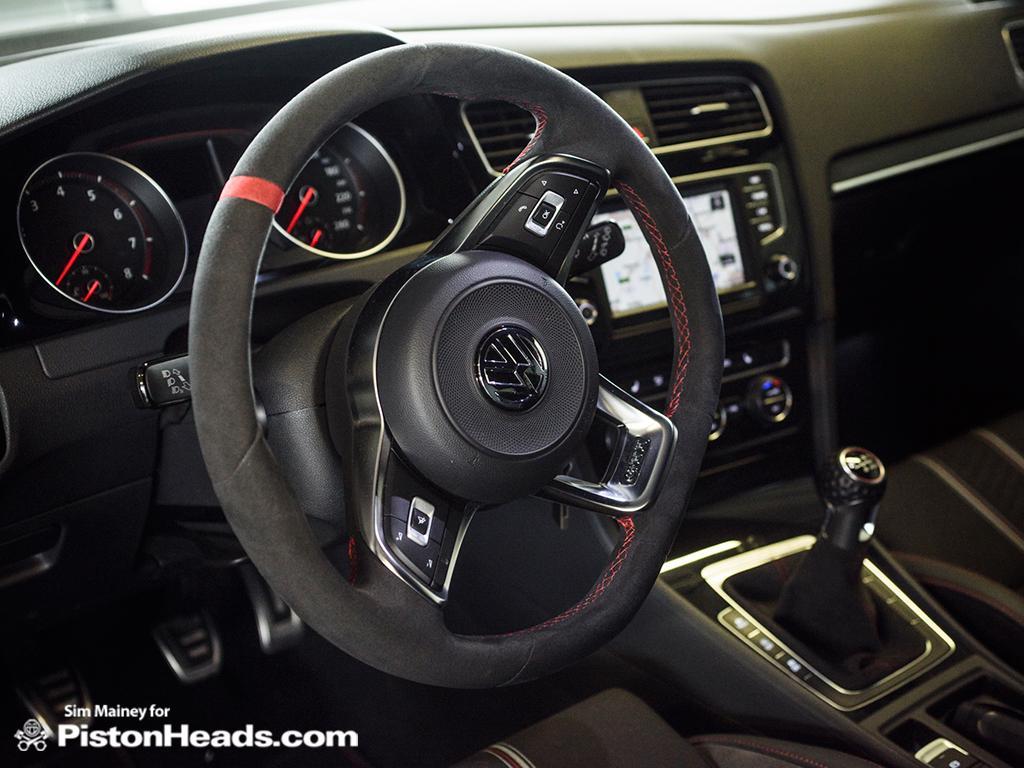 Manual and manual only - jolly good!

I recently drove this road in both the

Megane and the Civic Type R

, offering a useful comparison with two other cars defined by Nordschleife record attempts. The Megane's more traditional set-up and focused approach means it feels like it's always on its toes - it only has the one mode. Meanwhile for all its maximum attack frenzy the Type R is also surprisingly civilised when you just want to cruise, though you'll never tone down the looks. The Golf, meanwhile, has elements of both - it can flow like the Megane and go nearly as hard as the Civic, but when you just want to chill out reverts to being like any other Golf. In isolation you might kid yourself all GTIs drive like this. But when you concentrate on the details you realise it's not actually the case.

Finer details but the steering weight is just-so and the pedal placement perfectly set for heel and toe, the latter helped further by the light but positive shift action and that crisp throttle response. Race setting on the dampers adds choppiness to the ride and leaves the tyres scrabbling for traction on bumpy roads like those of my test route but will likely work well on smooth tracks. Either way, if you like driving for the sake of driving this is a more focused and responsive Golf than we've ever had before, the enthusiastic reaction to this limited run hopefully strengthening the case of Schebsdat and his team for creating further 'skunk works' specials. He does have previous for doing the same at Porsche's GT department, after all...

Only the brakes disappoint, the S getting aluminium bells for its steel discs but lacking the firmer pedal response of the Brembos used by SEAT to help the Leon be the first hot hatch to crack eight minutes. Given that shares a platform with the Golf and the brakes clearly fit it's a pity VW didn't pinch that idea from the Spaniards. The Golf, does, after all share the same Cup 2 tyres, experience showing their stiffer sidewalls also contribute to that improved steering feel. 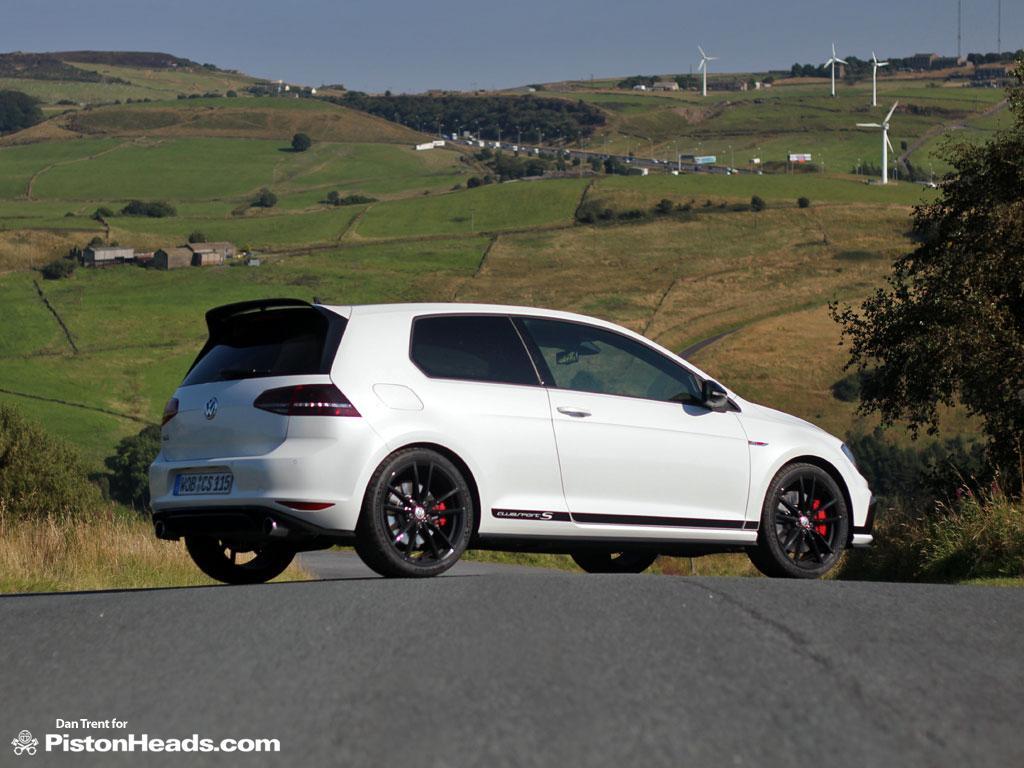 You may dismiss it, but there's no doubting the ability

And as the gravel pitter-patters off the inside of the rear arches and changes in road surface can be sensed in subtle pitch changes of the tyre roar, yes, the point of stripping out seats and sound deadening does prove itself. You're simply more engaged with the experience and even at road speeds the Golf is just fun to punt along; it'sthe kind of car you'd drive simply for the sake of it.

Hand on heart I confess I'd probably be near-as-dammit as happy with a Clubsport Edition 40 optioned with the 19-inch wheels, Cup 2s and fancy racing seats, keeping the rear bench and having 99.9 per cent of the fun.

That final 0.1 per cent is where the magic lies though. And what makes the Clubsport S a genuinely special car. If only because it's as close to letting its hair down as Volkswagen has ever permitted itself to do.

More on the Golf GTI Clubsport S here with our track test and videoblog.