Alfa's SUV has always been one of the segment's smarter choices; now it's become even cleverer | Promoted

Just two years after it reached the UK the Alfa Romeo Stelvio Quadrifoglio has already been given a substantial package of enhancements to help keep it on top of the pile. In no particular order, here are ten of our favourite features.

Okay, so "no particular order" was an exaggeration. The Stelvio's snarling 2.9-litre twin-turbocharged V6 will always come at the top of the pile of its most attractive attributes. The all-alloy engine makes 510hp - a 176hp-per-litre specific capacity that many race cars would be proud of. That gives the Quadrifoglio a 3.8-second 0-62mph time, making it one of the fastest accelerating SUVs in the world. It works with an eight-speed transmission that is one of the quickest autoboxes on the market, capable of changing gear in just 150 milliseconds in its punchiest Race mode.

The Quadrifoglio's Q4 system both maximises grip and improves driving dynamics. It's a smart system that uses a fast-acting clutch pack that can react in less than 150 milliseconds to send torque forwards, allowing the Stelvio to feel rear-wheel driven most of the time, but also to find huge traction when it needs to.

Q4 is backed up by an equally smart torque vectoring system that can vary the amount of effort sent to each rear wheel. This both does what a conventional limited-slip differential would do, but also allows the car to sharpen its reactions and minimise understeer under hard cornering loads. And who doesn't want to minimise understeer?

While the Stelvio Quadrifoglio has always been a fine place to spend time, several enhancements have made it even better with a new centre console featuring both improved stowage space and wireless charging. Carbonfibre, aluminium, high-grade leather - and a generous dose of Italian design - mean the cabin feels properly special.

The Stelvio Quadrifoglio's new Multitouch system incorporates a high-resolution 8.8-inch touchscreen that gives access to a suite of reconfigurable apps with instinctive touch-and-swipe operation (backed up by the rotary controller on the centre console). It also offers full support for both Android Auto and Apple Carplay.

The new Performance Pages app gives the Quadrifoglio driver access to realtime data far beyond that supplied by the standard instruments, including 'temperature mapping' and visualisation of how much torque is reaching each wheel. A Drag Race Timer function can also record acceleration numbers (in a suitably safe, controlled environment.)

Alfa Romeo is one of the pioneers of higher-level piloted driving, with the new Stelvio Quadrifoglio coming with the option of Level 2 autonomy from launch. This will ease the burden of longer journeys or congestion, the Stelvio automatically regulating its speed and keeping to the appropriate lane even when grinding through stop-start traffic.

Slovenia's Akrapovic has become famous for its beautifully crafted, and beautiful-sounding, performance exhaust systems since the company's foundation by former motorbike racer Ikor Akrapovic in 1991. Stelvio Quadrifoglio buyers will be able to choose an upgraded Akrapovic rear silencer (with carbonfibre tailpipe finishers) from the official Mopar accessory range. 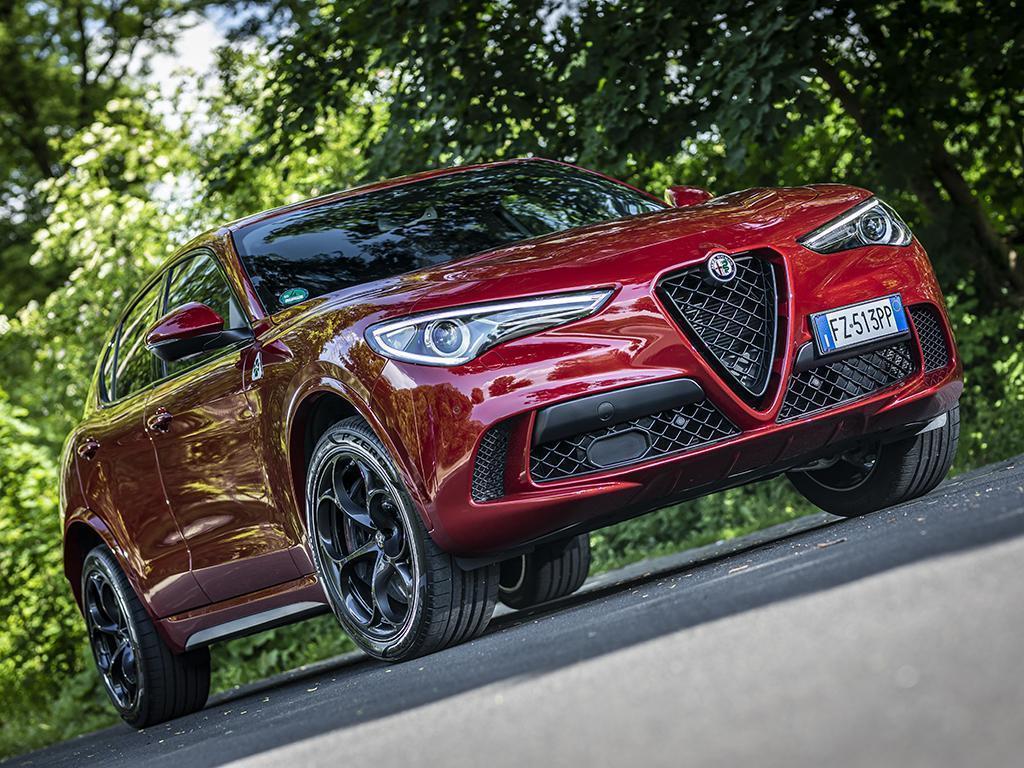 Unusually for a performance SUV, the Stelvio Quadrifoglio has optimal 50:50 static weight distribution thanks to careful consideration of where its major components are located, plus the use of a carbonfibre prop shaft. The result is a car that is keen to turn and has naturally well balanced responses between its front and rear axles.

The green-on-white four-leaf clover, or Quadrifoglio, has been part of Alfa Romeo's history for nearly a century, first used by Ugo Sivocci who drove an Alfa Romeo RL to victory in the 1923 Targa Florio. Sivocci died a few months later, and every Alfa works race car since then has worn the Quadrifoglio in tribute to him, as have the company's most special road-going cars. The Stelvio Quadrifoglio is the first SUV to carry it.

This is a promotional feature written by PistonHeads for Alfa Romeo UK.