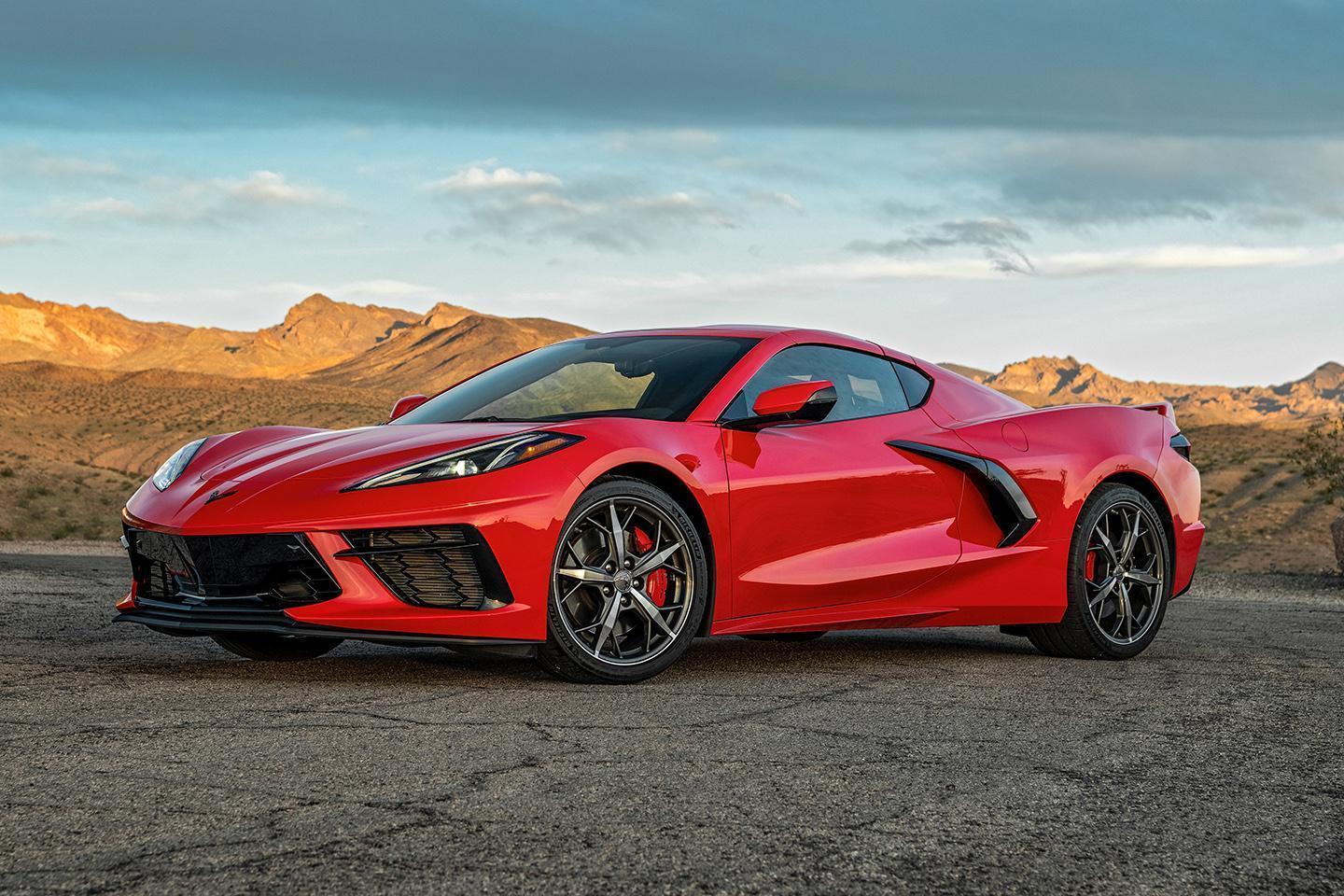 There was a lot we knew about the Corvette C8 Stingray: we knew how it looked, how it drove, and how much it would cost in right-hand drive format when it came to the UK. But the wait seemed interminable, as various crises played havoc with schedules. Today, however, Chevrolet has confirmed that the wait is nearly over. Right-hand-drive, mid-engined Corvette Stingrays will be on sale in the UK this October. There's a never-before-written sentence.

And Chevrolet is going big on the European Corvette launch - real big. It says there are 16 Launch Editions coming, by which it actually means 16 colour combinations, split equally across coupe and convertible. In that most American of ways, all sound incredible exciting for mere paint and upholstery pairings: the coupe range kicks off with Arctic White/Jet Black at £81,700. The other options add £1,750 to that number (making £83,450) and also bring brake calipers, seatbelts and stitching to match exterior paint. They are - deep breath - Ceramic Matric Grey Metallic/Jet Black, Accelerate Yellow Metallic/Jet Black, Elkhart Lake Blue Metallic/Adrenaline Red, Rapid Blue/Jet Black, Shadow Grey Metallic/Natural, Torch Red/Adrenaline Red and, um, Black/Jet Black. Possibly ran out of imagination there. There's a similar story with the Convertible: those wanting Torch Red/Jet Black will pay £87,110, with anything else adding the £1,750. We'll spare you the full lowdown again, but it's worth pointing out the drop-top gets a few colours of its own, including Sebring Orange and Zeus Bronze. Nice.

As previously detailed, UK Stingrays will be well equipped, with the Z51 Performance Package and 2LT spec that's optional in other markets coming as standard equipment. Z51 means Brembo brakes, a shorter final drive, revised aero, a sports exhaust, an electronic limited-slip diff and Michelin Pilot Sport 4S tyres, which all sound well worth having. The 2LT brings niceties such as a heads-up display, 14-speaker BOSE sound system and heated/cooled seats. For the Launch Editions 3LT will be standard spec, bringing carbon accents on top.

But, of course, the main attraction of a C8 Corvette to European buyers will be what powers it, the LT2 6.2 that's the only (and probably final) naturally aspirated V8 in its class. It will make 475hp at 6,450rpm and 452lb ft at 4,500rpm; with a standard eight-speed DCT, Chevrolet is provisionally claiming a 3.5-second sprint to 62mph and a 184mph top speed.

Which, given how the fast car landscape can look at points, all sounds extremely exciting indeed. It isn't very often there's news of a mid-engined V8 sports car that meets and exceeds Euro 6d going on sale in the UK. Chevrolet is promising "supercar-level build quality, premium materials, new standards of performance and technology and exceptional attention to detail" from the C8 - we can't wait to test out those claims for certain. The autumn can't come soon enough!