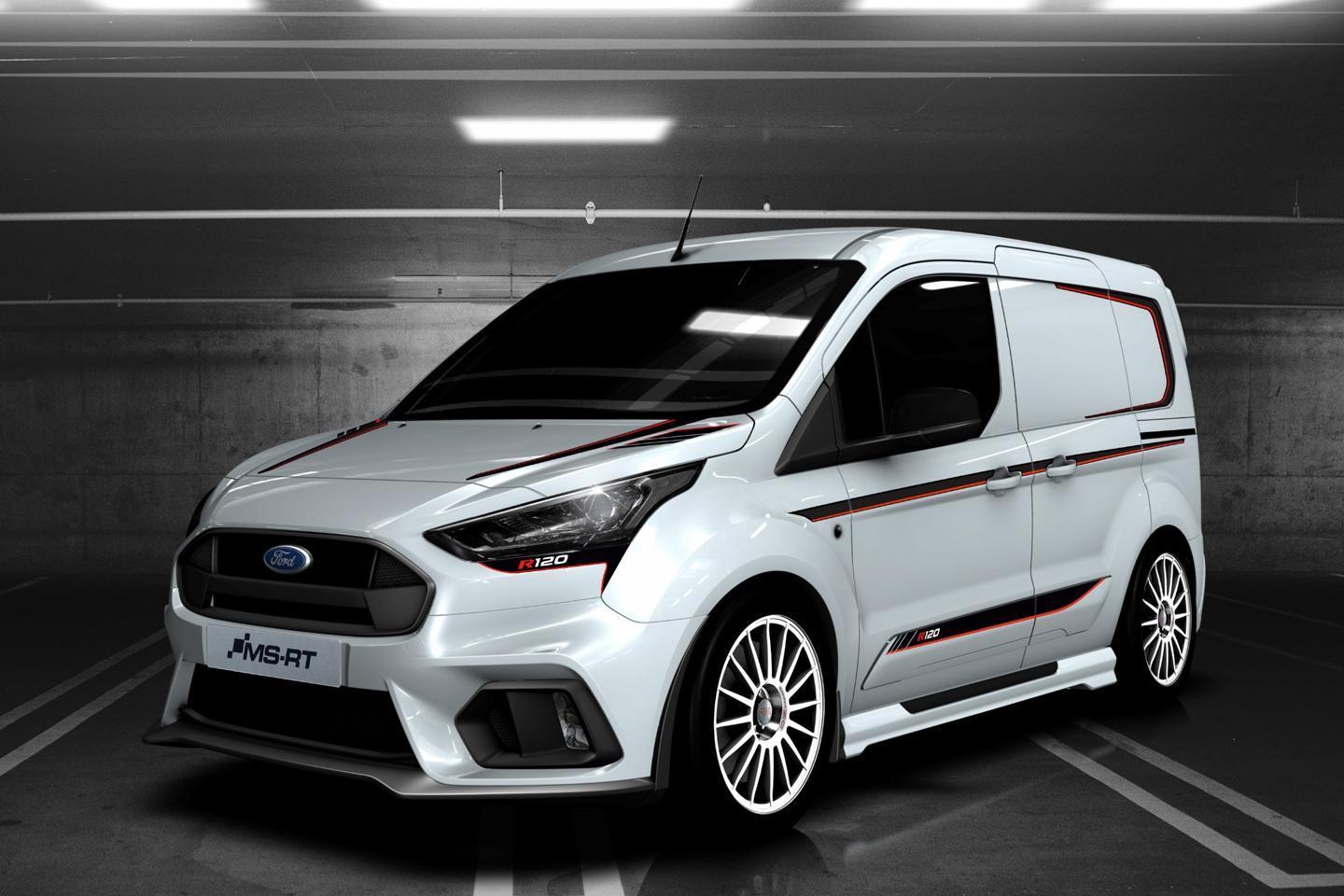 MS-RT is unique in the world of commercial vehicle sellers in that it has direct links to a factory-backed world rally team. That hardly guaranteed the venture, but it's done no harm to customer demand which continues to grow. So much so that it’s seen fit to launch a special edition version of the Transit Connect called the R120 to celebrate. No more than 30 examples of the M-Sport rally-influenced machine will be sold on the UK mainland, with six destined for Northern Ireland.

The Pontypool-built R120 builds on MS-RT’s already uprated Connect base with racy upgrades, including thicker bumpers, white OZ Racing alloys and a quad-tip sports exhaust system. The pipework can be controlled by Maxhaust tech as an option, which enables the use of an app to adjust and “deliver the sound of a sports exhaust through the van’s integral speakers”. There are also black mirror caps and bi-xenon headlamps to spruce up the R120’s Frozen White exterior.

Inside, you get leather seats with red stitching and a carbon fibre sports steering wheel with red centre line. The spec is uprated, too, so Ford Pass Connect, cruise control and a wireless charging pad are included as standard. You get more practical kit as well, with a reversing rear camera thrown in and dual sliding loading doors to maximise access to the rear. As with the regular Connect, the R120 can be ordered in two or three seat form.

Sadly, MS-RT doesn’t uprate the R120’s powertrain itself with Ford’s 2.3-litre EcoBoost, but rather sticks with the Connect’s 118hp 1.5-litre turbocharged diesel motor, with a standard six-speed manual or optional automatic. That means there’s OEM frugality to go with those competition looks – something that’ll either be a good or a bad thing, depending on your perspective. And, indeed, your use case for a low-run van.

MS-RT founding director, Edward Davies, said: “The MS-RT Transit Connect has already been a huge success and we’ve developed the R120 in response to customer demand for something even more bespoke. The special edition model is sure to sell out very quickly and become an icon among fans of the MS-RT brand.”

Prices start at £25,995 plus VAT, which is a total of £31,194 with her majesty’s taxes. Not cheap, but MS-RT promises that it won’t produce another version of the R120, so you’re not exactly going to come across another one at the tip anytime soon. MS-RT even reckons it’s a guaranteed “future collectors’ item”.