The car that "takes the fight to the world's best". And how. 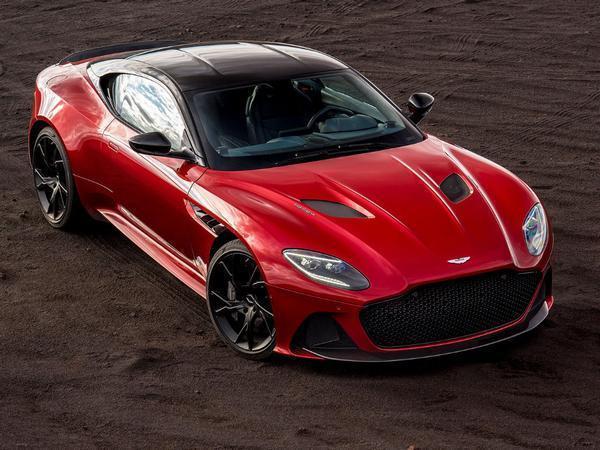 When was the last time that Aston Martin directly challenged Ferrari? Not in terms of desirability or performance or any of the usual Top Trumps metrics, but in the brand's positioning, focus and direction. Has it ever? In the late 60s, when the DB6 was still on sale and the original DBS relaunched with a 4.0-litre V8, Maranello offered the 4.4-litre V12 engined Daytona. Through most of the 70s and 80s Ferrari was out of the GT Coupe game, focussing instead on the Mondial and 365/400. Even the most extreme of the British marque's more recent offerings, sensational as they were, couldn't really be claimed to have been diametrically opposed.

The front-engined Italians have always been that bit sharper, edgier, more characterful perhaps, than the various silver and grey GTs emanating from Newport Pagnell and, laterly, Gaydon. And that's forgetting that Aston has never made a mid-engined car - not for normal people, anyway - a format which is Ferrari's bread and butter.

All of that is set to change, though, in Aston Martin's Second Century. The DB11, just two years into its life, has been made sharper still, the new Vantage is a far more exotic design than its predecessor, and a mid-engined 488 rival is confirmed. And then there's this, the new DBS Superleggera, a name which succeeds in both harking back to the company's celebrated past and throwing an emotive Italian suffix into the mix for good measure. Much like its new styling, Gaydon's intentions are far from subtle.

Drive is sent to the rear wheels via a rear-mounted ZF eight-speed automatic transmission, mechanical limited-slip diff and torque vectoring technology, allowing "the responses of a supercar with the refinement of a GT." The second most important product of that V12's combustion, meanwhile, is transmitted via active valves on the quad tail pipes to give the DBS a "commanding and powerful sound character". It'll handle well, and be nice and loud, then.

The chassis is an evolution of the bonded aluminium structure found in the DB11, with double wishbones at the front, multi-link suspension at the rear and adaptive damping as standard. Saving 72kg over the DB11, it is clothed in an aggressively styled, fully carbon fibre body for a dry weight of 1,693kg - Superleggera referring to the coachbuilder, not the Italian for 'super light', before you head to the comments - with the curlicue side strake and Aeroblade II wing being joined here by an F1-inspired double-diffuser.

It's thanks to this that the DBS is capable of generating up to 180kg of downforce - the highest ever figure for a series production Aston Martin - with no more drag than its predecessor. Completing the car externally is a choice of two 21-inch alloy wheel designs, the standard 'Y' Spoke forged item or a lightweight Twin Spoke design. Both come with specially developed Pirelli tyres unique to the DBS and carbon ceramic brakes all around.

Aston Martin President & CEO, Andy Palmer said of the new car: "DBS Superleggera not only marks the return of a great Aston Martin name, but signals our return to the very pinnacle of the Super GT sector. Handsome beyond measure, its lightweight carbon composite and aluminium body is sculpted into a shape with tremendous presence and charisma. Thanks to the remarkable torque available from its twin-turbo V12, DBS Superleggera also packs a breath-taking punch, yet its dynamics have been carefully honed to engage drivers of all ability levels. Immaculately styled, obsessively engineered and outrageously potent, the new DBS Superleggera is every inch the Aston Martin flagship".

With the release proudly declaring that the DBS "takes the fight to the world's best on its own terms", prices are set to start from £225,000, a £25,000 increase over the outgoing Vanquish S. Deliveries are scheduled to begin later this year, though, so we don't have long to wait to see if Aston really can go toe to toe with Ferrari in the Super GT sector. If it's anywhere close, then the DBS Superleggera is sure to be an incredible thing.