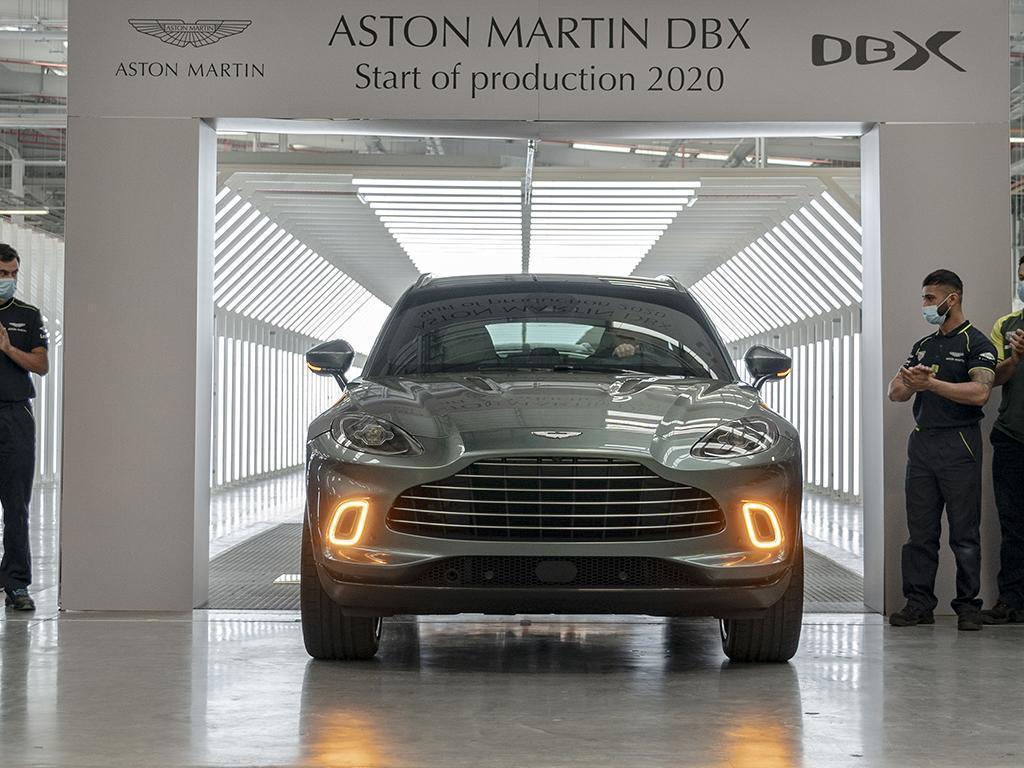 You have to feel a little sorry for the Aston Martin DBX. The model was intended to herald Aston's rejuvenation, all but guaranteeing increased sales volumes thanks to insatiable luxury SUV demand; instead it's been caught in the quagmire of the firm's associated woes. There was the IPO debacle, Lawrence Stroll's entrance, the fallout of a global pandemic, Andy Palmer's departure, Tobias Moers arrival - Aston has given us much to write about, but not often optimistically.

For today at least, the sun is shining, with confirmation that the very first production DBX has emerged from the new St Athan factory. The news is cheering for two reasons: one, no matter what the backdrop, the car is still likely to do nothing but good for the Aston bottom line, and two, it's another milestone in Aston's hugely ambitious Welsh project.

The DBX concept was first seen at Geneva 2015, recruitment for the St Athan facility began back in 2016, PH swung by for a Sunday Service three years and production of the prototypes began just over 12 months ago. It's been a long road, but here we have a 'Made in Wales' Aston Martin - with thousands more expected as manufacturing ramps up. The first DBX off the line is left-hand drive (no surprise given 80 per cent are likely to be for export) and looks to be Aston Stirling Green, a hugely significant vehicle in the history of the brand. Those currently providing financial support will hope it's a profitable one, too...

Interim COO, Keith Stanton, said: "It is a real privilege to be here today to witness the completion of the first production Aston Martin DBX. I'm extremely proud of the Aston Martin team who have worked so hard to transform this ex-Ministry of Defence site into a world-class car manufacturing facility, to now be producing cars, it is testament to the resilience and fortitude of everyone at Aston Martin. It is an honour to see the first DBX come off the line and my only regret is that everyone who works for this incredible brand can't be here to witness it."

As Aston moves into its "bold new era", then - those are Marek Reichmann's words - all eyes will be on St Athan and the new cars it produces. As well as the DBX, the factory was earmarked as Aston's 'home of electrification', with plans for 7,000 vehicles a year at one point. Quite whether it will reach those targets now is unclear, but let's celebrate the good news while it's here: Aston Martin's new SUV is in production, and it's being put together in Wales. Hurrah for that.