Time for the latest Defender to rise to the Challenge 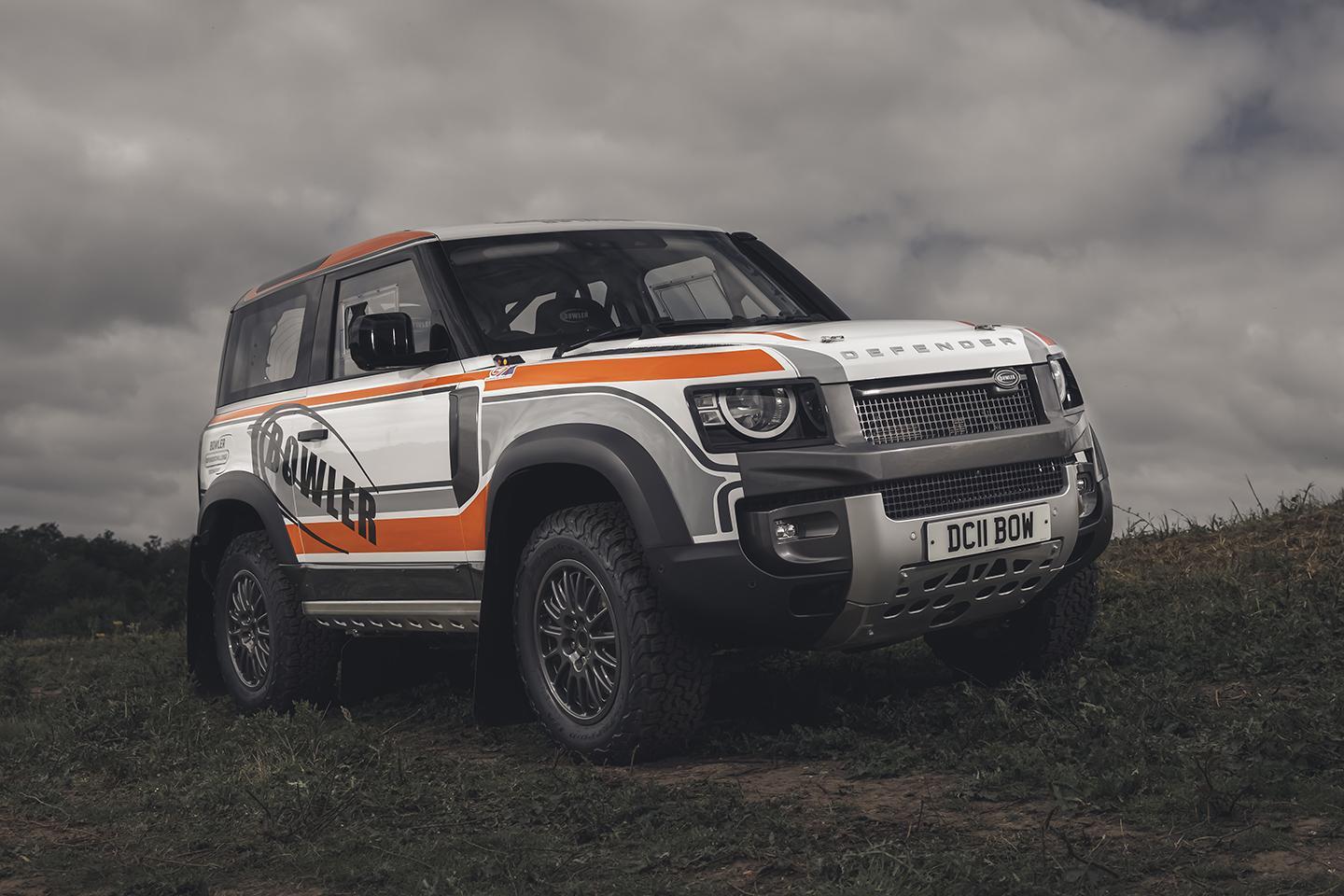 You'll likely be aware of the Bowler Challenge. The firm has been running the one-make rally series for some years now, and by all accounts it was a nice way to get your feet wet. And muddy. Of course, up to now the event was restricted to competition-prepared versions of the previous Defender. Now, with a new model launched and the firm a wholly-owned subsidiary of the mothership, there's a new Bowler Defender Challenge.

We're probably not going out on much of a limb here to say the latest variant, based on the shorter 90, is going to quicker than the previous one. For one thing, the old Challenge was a diesel. Now it has a 300hp 2.0-litre turbocharged Ingenium petrol engine, and while that unit might not be as satisfyingly go-forward as the new V8, it ought to make covering ground very easy indeed - especially as it's twinned with the current automatic.

If the presence of the slusher has you questioning the credibility of the transformation, rest assured that Bowler has gone to town elsewhere. Each Defender - already the toughest car Land Rover has ever made, don't forget - gets a full FIA-standard roll cage, and has its front and rear subframes modified to accept a new performance suspension set-up. The latter was designed in partnership with specialist Fox and increases the Defender's ride height by 25mm on what we assume are now passive springs.

Elsewhere much stiffening and bracing has occurred. Among other things, the Challenge car gets strengthened engine, radiator and gearbox mounts, turret braces front and back, a redesigned front bumper to incorporate new underbody protection and much beefier 18-inch wheels. Predictably Bowler has focused attention on improving the Defender's cooling - because things are liable to get warm - and there's a bespoke exhaust system, too.

Obviously the aim of all this fettling is ultimately to prepare the car for a new Challenge series, which is due to kick off next year and run over seven UK-based rounds. While the dates and locations await confirmation, Bowler says there will be 12 spots available and no previous experience is necessary. Which has always rather been the point - let people get a foothold in off-road motorsport before graduating to more serious rally raid events.

To that end, customer packages start at £99,500. For that you get the Bowler-prepped Defender, entry into next year's Challenge series and event support on the day. If you want some training or help with logistics or vehicle support, the firm will be more than happy to oblige, but obviously you'll pay a little extra. Sure, you could buy a new V8 Defender for about the same money - but where's the podium potential in that?