Crewe's five 'Grand Limousines' are now being sold, so if a regular Mulsanne just won't do... 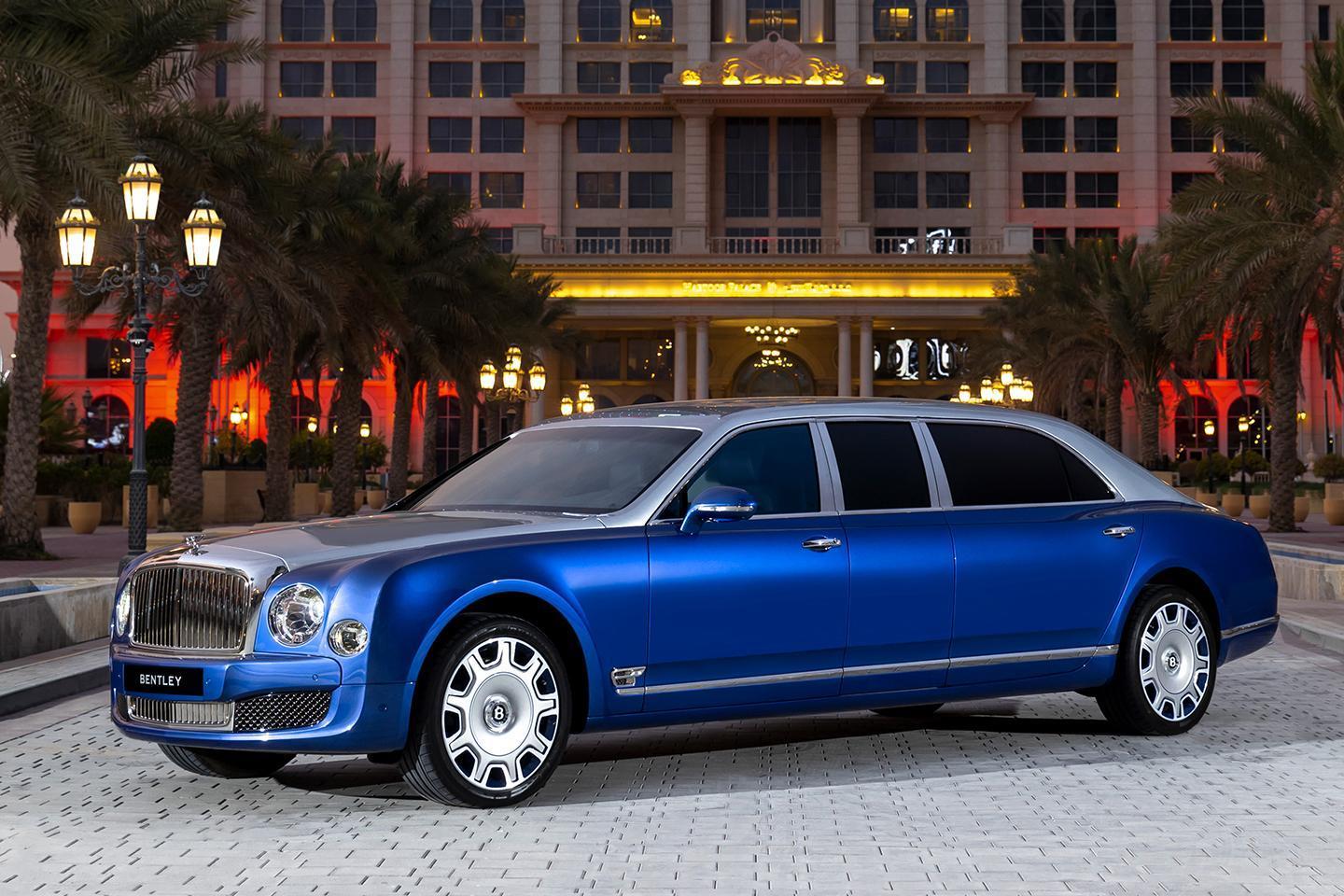 Last week, we introduced you to the Bentley Flying Spur Hybrid Odyssean, which is a limited-edition spec inspired by the futuristic EXP 100 GT concept. And very nice it is too.

Well, now we have even more Bentley news, would you believe, this time from the past instead of the future: one of the brand's "most unique and distinguished models" - interpret that how you will - the Mulsanne Grand Limousine by Mulliner. For those who want to add a touch of class to their drunken hen party.

Bentley is offering five examples of the Grand Limousine up for sale for its especially important - or very tall - customers. It was originally created as a private commission, with Mulliner then given permission to create a limited run. Five of that run made it to a private customer in the UAE, but were never used or registered. Your purchase today would have one of them shipped straight back to your doorstep.

The Grand Limousine has a 1,000mm stretch to the body, a raised roof for an additional 79mm of headroom and has four seats in the back, two rear-facing, so you can all have a nice chat. To add to that party-bus vibe, a bottle cooler with Bentley crystal flutes is included along with veneered folding picnic tables, plus an intercom system to make sure that pesky driver isn't listening to your important conversations.

For the one stuck in the driving seat, you're still greeted by Bentley's 6.75-litre twin-turbo V8 engine with 512hp and 752lb ft, riding on 22-inch wheels. Lovely.

Colour combos include silver with blue interior, purple on purple, black with brown or tan leather, and red with 'fireglow' upholstery, all with some degree of stained wood veneer. It's a niche, for sure, but you can't help but be intrigued. We hope whoever ends up making million-pound deals in the back will be very happy.