200mph SUV is apparently ready and waiting for lockdown to lift... 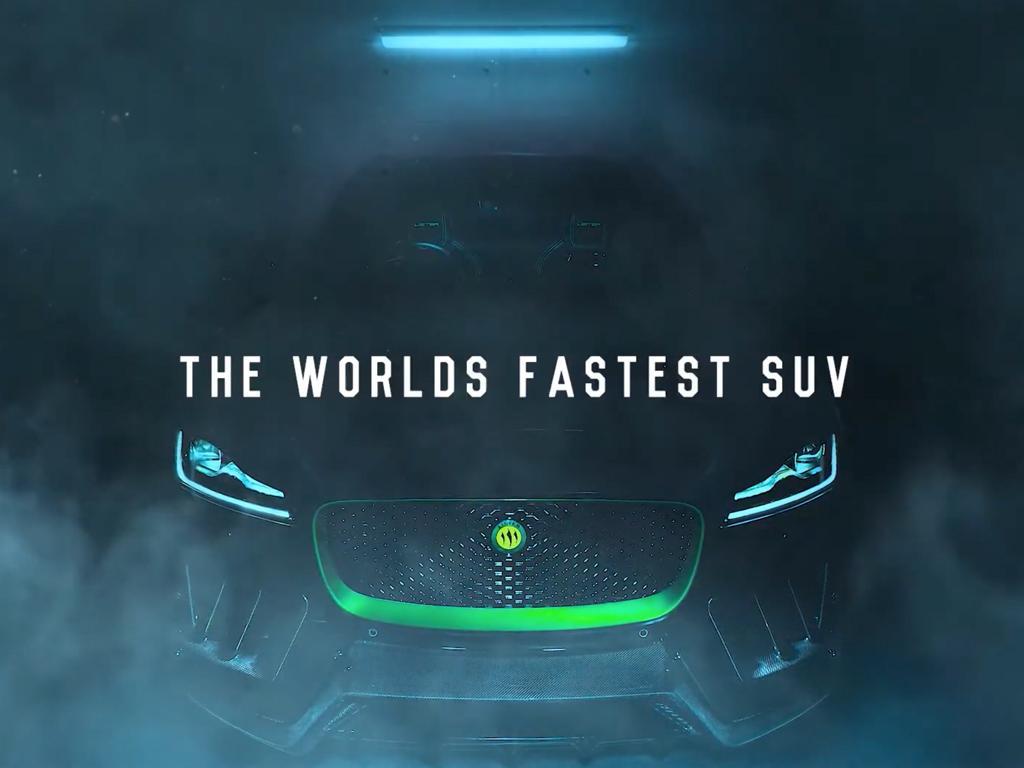 Lister has released a new preview video for its F-Pace-based Stealth, where the raucous exhaust note of the 200mph SUV can finally be heard. Due for launch later this year, the Stealth uses a 675hp blown 5.0-litre V8 to give it name-defying vocals. As you might expect from Lister, it sounds extravagant, and from what we’ve seen in renderings and this smoky video footage, it won’t exactly look like a shrinking violet either.

Lister CEO Lawrence Whittaker told PH that the firm is waiting for lockdown to lift so it can get back to work in launching the car properly, with a new video featuring Tiff Needell – who raced Lister’s Storm race car in the nineties – also due before customer cars begin production. The firm has been buoyed by the popularity of its first SUV, with several orders taken even before it was officially added to the line-up.

We’re yet to learn the finer details of the project, including how Lister has managed to extract 125hp more from JLR’s supercharged V8 and what precisely has been done to the chassis. But the rejuvenated company has already proven the talents of its team via the F-Type-based and 675hp-producing LFT. That two-door model received its additional V8 muscle via a new supercharger pulley, remap, intercooler and air filter, as well as a lighter, less restrictive exhaust. We suspect a similar bout of surgery for the Stealth.

Whittaker explained that a few additional improvements had been made to the SUV since it was first announced as a project in 2018, but they amount to the details and finish, rather than more horses on that Lamborghini Urus-beating maximum power output. We’ll know more when freedom returns and Lister can get back to completing the car - one you’d imagine is ideally poised to see it achieve greater-than-ever sales success.

Lister's rebirth seems to be continuing apace with news that the F-Type-based Thunder (since rebranded the LFT-666) is to be followed by an F-Pace-based SUV, the LFP.

With the majority of performance manufacturers having identified expansion into the cash cow SUV market as a vital step towards financial stability, Lister has made no secret of its intention to enter the segment. What we didn't know until today, though, was just how all in it would be going.

Full details and an official reveal are yet to come, but for now Lister has set the cat among the pigeons by announcing that on launch the LFP will become the world's fastest SUV. To accomplish this it'll see the 550hp produced by Jaguar's own upcoming F-Pace SVR, and raise it to a frankly bonkers 675hp.

For comparison a Range Rover Sport SVR has 100hp less, making do with 575hp, while the recently refreshed G63 puts out 'just' 585hp - although the Jeep Grand Cherokee Trackhawk does still have it beaten thanks to its 707hp supercharged V8, borrowed from the Dodge Challenger Hellcat.

What the Lister really will have in its sights, though, is Lamborghini's current herd-leading heavyweight, the 650hp Urus. Back to the Top Trumps, then. Already with a 30hp advantage over the Italian, the LFP adds a higher top speed (200mph vs 190mph - world's fastest SUV, remember) a faster 0-60 sprint (3.5 seconds vs the Urus' 3.6) and a cheaper price (costing from "around £140,000", nearly £25,000 cheaper than the entry point for the Lamborghini).

It also looks absolutely fantastic. With extensive use of carbon fibre to save weight, the LFP features flared arches, new bumpers and side skirts, an absolutely monstrous front splitter and a gigantic set of wheels - presumably proportioned to accommodate the enormous brake calipers. It's a super SUV done right, basically.

In announcing that advanced orders for the LFP are now being taken, Lister CEO Lawrence Whittaker, added: "I am delighted, overwhelmed and gratified by the huge level of interest, excitement and orders our LFT-666 supercar has already generated in just a few months. Based on early indications, our new LFP promises to repeat the success of the LFT-666, and I really can't wait to reveal the world's fastest SUV quite soon."