Limited-edition Longtail is the most powerful convertible McLaren ever... 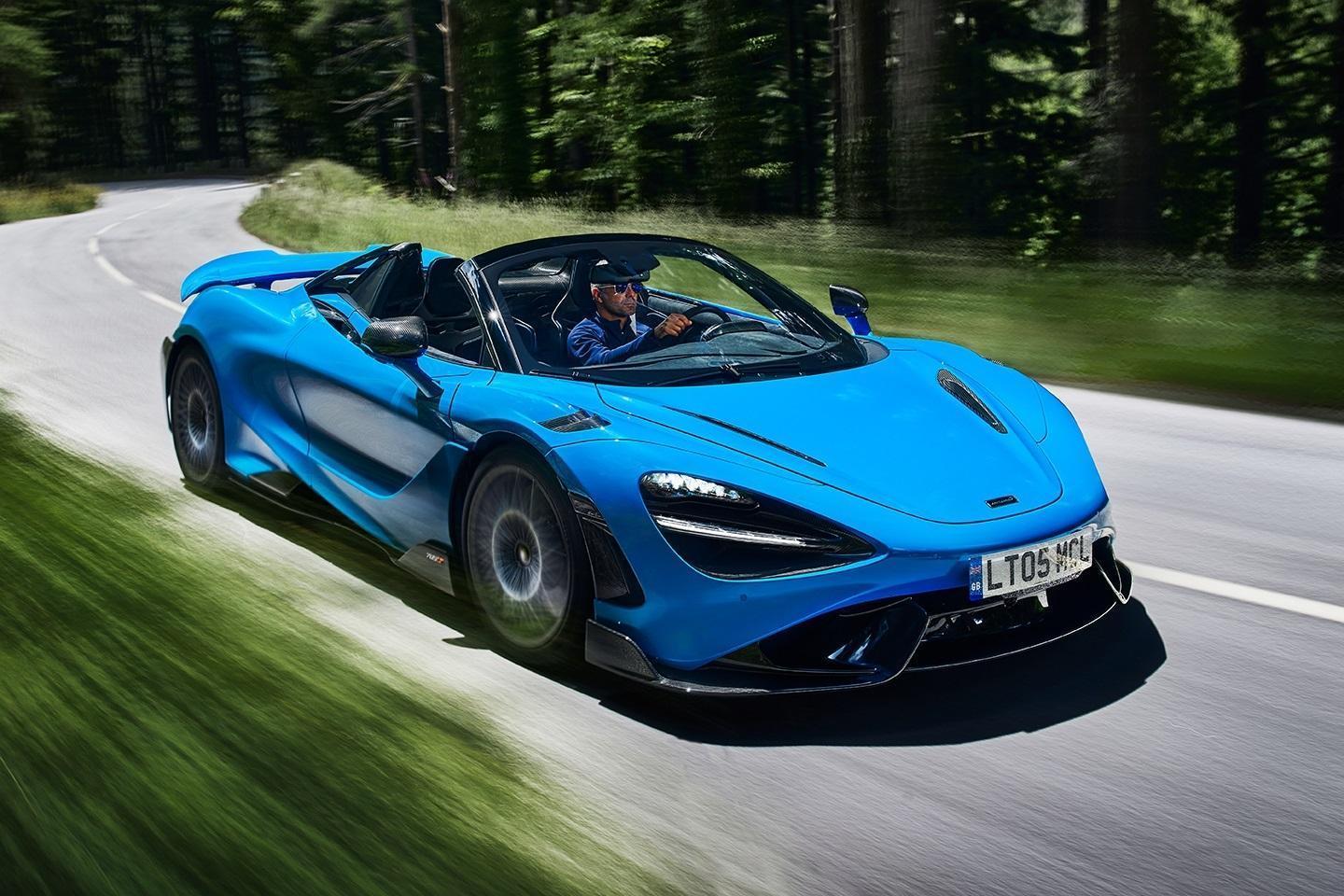 Since every manufacturer has started counting down to 2030 like a doomsday clock, we've been mulling over the combustion cars that would take their rightful place in an Ark-like garage, preserved for future generations against the rising flood. Brand-new entrants onto the shortlist are quite rare, but the McLaren 765LT Spider might yet prove to be one of them. For one thing it's the firm's most powerful ever convertible supercar. And like the sold-out coupe, it's limited to just 765 examples. So it'll be rare, too.

Obviously it is colossally fast. McLaren claims the same 2.8-second 62mph time that 765hp delivered in the hardtop 765LT. But the 720S Spider is already terrifically brisk. The promise baked into the new model is to bring the 'highest-ever levels of driver engagement' to the party - which is of course what the Longtail mix of low weight, maximised aero and track-focused chassis is famous for achieving. If McLaren has succeeded in topping both the 720S and the 675 LT Spider, it ought to be one for the ages.

As ever with McLaren, the open-top model is said to brook no compromise in structural integrity. The Spider is only 49kg heavier than the coupe thanks to its retractable one-piece carbon fibre hardtop and the mechanism that operates it, but overall the car is 80kg lighter than the equivalent 720S despite being 57mm longer. Much of this has been achieved in the usual fashion - with a keen eye for detail, extravagant use of exotic materials and liberal de-ticking on the spec front.

Consequently, the 765LT Spider comes without air con or audio system - an 11.5kg saving most buyers will probably choose to do without. But elsewhere you get the carbon fibre shelled, Alcantara-clad buckets first seen in the P1 - 18kg lighter than the standard 720S seats - a thinner transmission tunnel, nets instead of door pockets and carbon fibre deployed even in 'micro-details' like the window switch surrounds and steering wheel clasp.

The most substantial saving is in the rims, where 22kg has been removed thanks to the LT's bespoke Ultra-Lightweight forged alloy wheels. Elsewhere the Spider's glass is thinner, a next-generation lithium-ion battery saves 3kg and a full titanium exhaust system is said to be 40 per cent lighter than a stainless steel version. Then there's the body. It goes without saying that the elongated new front and rear bumper, door blades, side skirts and active rear wing are made from carbon fibre, and contribute a 6.1kg saving over the 720S.

They also contribute a 25 per cent increase in downforce compared with the base model. McLaren says the aerodynamic package is virtually unchanged from the coupe, the key difference being the calibration of the much larger rear wing, which not only requires a different setting for when the roof is lowered, but also because the Spider's rear profile differs from the coupe. Pushing the 'Aero' button inside engages 'Driver Downforce', which will automatically help recover some of the downforce lost as a result of the roof being open.

This is a good thing, because chances are you're going to have the roof down a lot. Naturally the twin-turbocharged flat-plane crank 4.0-litre V8 is carried over unchanged from the coupe, and therefore gets the LT-specific forged aluminium pistons and Senna-grade three-layer head gasket. But Spider buyers are obviously treated to an even closer relationship with the 'signature' LT sound coming from the four centrally mounted exhaust pipes. Interestingly, McLaren says the European model will have two titanium exhaust valves to make it quieter at low revs, but promises a 'more engaging tone' at high engine speeds.

To drive, the car is obviously intended to mimic the knife-edge handling of the 765LT coupe. You get the same springs and dampers - the car sits 5mm lower than a 720S - plus increased track width at the front and a unique state of tune for the hydraulically-linked Proactive Chassis Control II suspension. Braking is by way of carbon ceramic discs that get the same calipers as the Senna, alongside the heavily uprated cooling system. You can choose to have the Senna's carbon ceramic discs, too, if you wish; Pirelli P Zero Trofeo R tyres are standard.

McLaren claims a class-leading power-to-weight for the Spider at 598hp per tonne (at the lightest dry weight possible) but, as ever, it'll be the exclusivity and hard-earned reputation likely to draw customers to the Longtail. Expect a starting price of £310,500 to be no barrier at all to the usual suspects; the coupe was oversubscribed, and the manufacturer expects the new version to easily repeat the feat. Certainly the 2021 production slots are already filled - so if you fancy getting a 765LT into your forever garage, it's best not to dawdle.