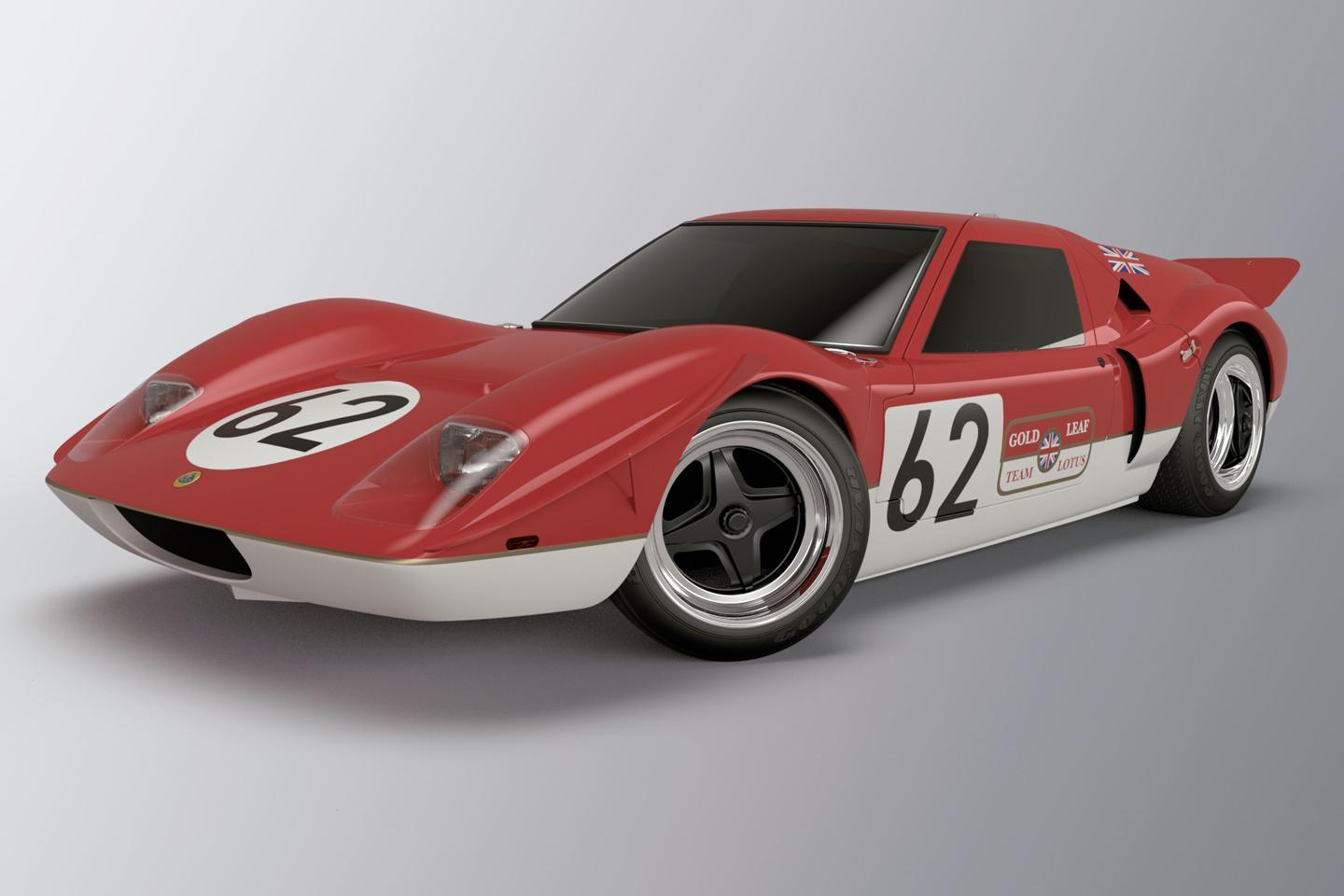 Radford has confirmed that its first sports car will be a mid-engined coupe directly inspired by the Type 62 racing car that Lotus developed in the sixties, with the model name signifying the run total for the model. Developed by a three-man team featuring Jenson Button, the 2021 car – dubbed Project 62 for now – will be a two-seater “endowed with luxurious appointments befitting a high end bespoke coachmaker”, as well as athletic handling ensured by a partnership with Lotus Engineering, which will see the British firm co-develop the underpinnings.

As we've reported before, 2009 F1 champ Button will be tasked with deciding the car’s final setup, with mechanic Ant Anstead and designer Mark Stubbs contributing to the engineering and styling, respectively. Now though, the influence of the original Lotus Type 62 is clear, evidenced by pictures of Button driving the motorsport-derived sixties model to learn about its character and capabilities – and ensure they’re mirrored in the new, much plusher 21st century model. The design of which, just to confirm, is yet to be revealed. The pictures here are of the original Lotus.

You’d be forgiven for not being familiar with the Type 62’s story as it was short enough, with the model born as a testbed for Lotus’s ‘907’ 2.0-litre four-cylinder engine in the late sixties. Just two prototypes were made, using a spaceframe chassis design and F1-derived suspension, with the 240hp mid-mounted motor powering the rear wheels. Lotus actually entered one of the prototypes into competition and it won in class at its first event, the 1969 BOAC 500, which took place at Brands Hatch and featured Porsche 908s and Ford GTs at the head of the field.

“For me, a key purpose of Radford is to celebrate iconic automotive moments by bringing them back to life for a new, modern audience. Our first car, Project 62 embodies that ethos to a tee,” said Button. “With the dynamic development of our car already well underway, we are working hard to ensure we do this car justice, and I can't wait to put it through its paces on the Radford Track before inviting today’s Project 62 owners to come and do the same.”

Radford's business case is to make low-run luxury commissions “true to timeless designs”, with the Type 62-inspired model its first offering. No doubt it's Button's involvement and the promise of Lotus handling that prompted the initial interest in build slots - according to the firm itself - although no pricing has been revealed yet. And we've little indication as to what the car looks like when not presented as a teaser image.

Petrol power seems almost inevitable (albeit not guaranteed) given the promise of raw driving performance and the lip service paid to its inspiration. One thing is for sure, with an engine in the correct location and Lotus Engineering pulling the levers, the car will likely deliver in the chassis department. And in the final year of the 25-year-old Elise, we certainly won't begrudge another example of its handiwork.