Regular Radford not exclusive enough? Just 12 Quail Editions will be made 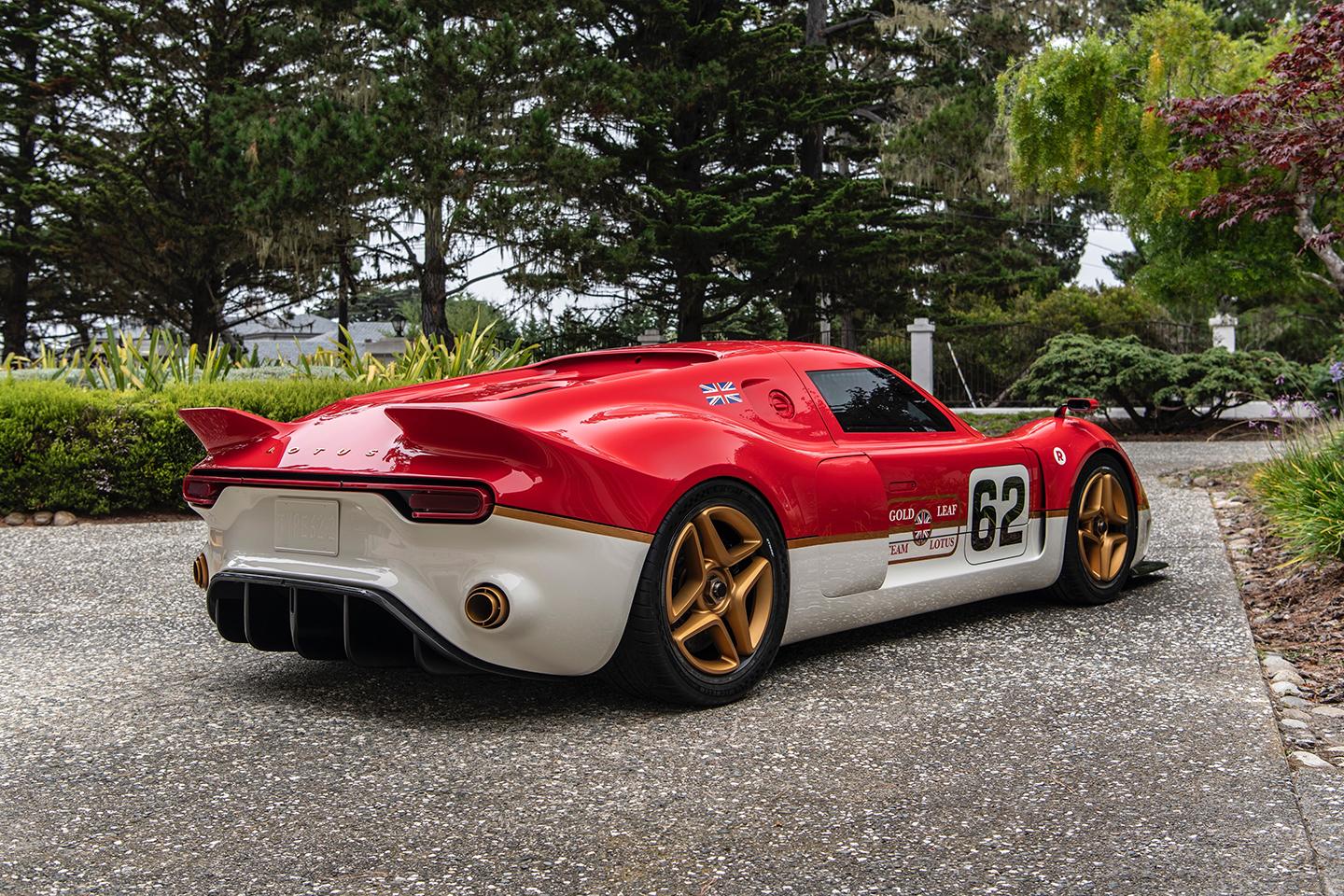 Broadly speaking, the Radford Type 62-2 revealed last weekend has been well received on PistonHeads. And approval here is not easily won. It seems that prospective customers like the idea of a coachbuilt Lotus, too, as apparently more than half of the 62 cars already have a name allocated to them. Now Radford aims to entice a few more buyers with this, the Type 62-2 Quail Edition.

Derived from the Gold Leaf one seen last weekend - this one surely is that very car - the Quail Edition is pitched as an even more extreme variant. Therefore, it receives a carbon front splitter and diffuser, ceramic brakes with AP calipers and Dymag carbon composite wheels in a retro design. It's essentially the JPS spec, albeit with the 500hp version of the V6 used in the standard Gold Leaf rather than the full 600.

Sadly there's still nothing to see of the Type 62-2 cabin, in Gold Leaf or Quail Edition form, with Radford promising that "the luxurious interior will be revealed at a future date." We're told to expect a car "embellished with all of the high-end touches you would expect of a bespoke coachbuilder". Those coachbuilders don't tend to start with Lotus architecture, however, so it'll be interesting to see just how high-end the Radford can be made when the interior is revealed.

With the Radford now being shown in public for the first time - last weekend's reveal was a smaller, invite-only affair - don't be surprised if a few more deposits are placed by the well-heeled folk in attendance. A Quail Edition sounds like the perfect memento from a trip to Monterey Car Week, especially with so few being produced. And given the majority of the 62 total are spoken for, it sounds like there's no time to waste. First deliveries are expected in 2022.