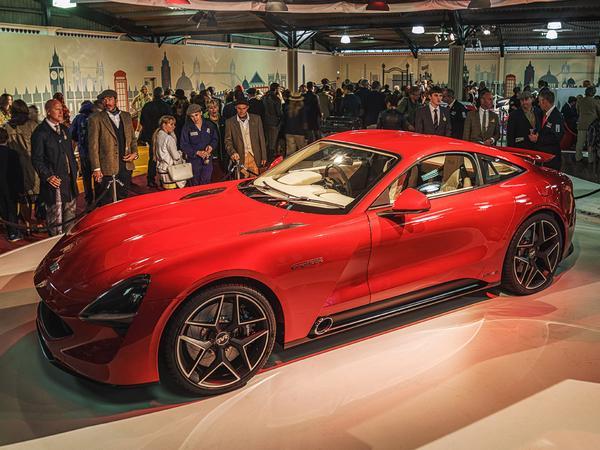 Update - 01/02/19:
It seems production of TVR's new Griffith has been set back further still, with Dutch website AutoRAI reporting that the first cars will now not be completed until 2020. Once underway, manufacturing of the 500 initial Launch Edition cars - all of which have already been reserved - should take 12 to 14 months, meaning some customers may have to wait up to two years longer than expected to receive their orders.

Beyond that, the company plans to be able to produce up to 2,000 cars a year at its Ebbw Vale facility. But with the uncertainty surrounding Brexit compounding the already laborious task of resurrecting the once-beleaguered marque, the home straight may still not quite be in sight for TVR.

An oversight in the way that EU regulations are applied has been blamed for delays in the refurbishment of TVR's Ebbw Vale production facility. Deliveries of the first batch of 500 new Griffiths were supposed to begin in the new year, however the blunder seems to have led to significant delays, potentially pushing the car's arrival back to next summer or even beyond.

Wales receives more EU funding than virtually any other part of the United Kingdom, and with the Welsh government having purchased a three per cent stake in the sports car manufacturer - as well as provided it with a £2,000,000 loan - TVR has been left exposed to additional EU regulations surrounding state funding of private companies.

One such rule stipulates that the contract to renovate its dilapidated Ebbw Vale factory must be put out to tender across the entirety of the EU, a process which Autocar reckons won't be complete until January at the earliest. The technicality seems to have caught TVR by surprise and, should that timeframe prove correct, would make timely deliveries of its new 500hp supercar virtually impossible.

A possibility remains that some work could begin in another facility on the site - which requires less updating - as soon as March. Although Edgar also revealed that only 75 per cent of the parts for the Griffith have so far been sourced, meaning that even if the factory were ready today, TVR may still not be set to begin production just yet...