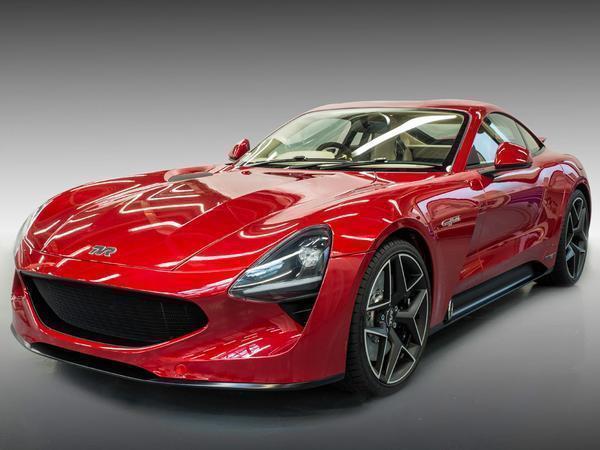 This is fairly momentous news really, isn't it? A

, the brand's first release for more than 10 years, on PistonHeads - a website that's legendary for its relationship with TVR. 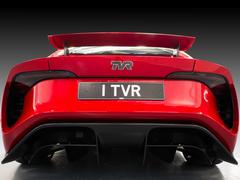 And here it is,

for the 21st century. A familiar name then, but a TVR the kind of which we haven't seen before. The official line describes the car thus: "Boasting timeless sports car proportions and radical styling, the new Griffith is unmistakably a TVR, while its LED headlamps and full ground effect aerodynamics truly bring the brand into the present day." We're not ones to comment on styling - that's your job, after all - but

goes further to say "This is unmistakably a TVR, a British muscle car that's as awesome and brutal as it is charismatic and refined." Sounds promising! 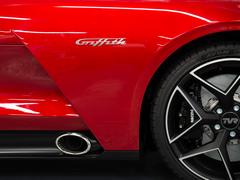 The Cosworth tweaks to the Mustang V8 haven't been extensively detailed yet, the press release stating simply that the ECU "has been substantially enhanced". 200mph is claimed, as is a 0-60mph dash in less than four seconds, with a 400hp-per-tonne power-to-weight ratio equating to a power output in the region of 500hp. The Griffith uses a six-speed Tremec Magnum XL gearbox.

Don't worry, there's plenty more. Suspension is fairly conventional, with double wishbones at each corner and adjustable coilover dampers, but the steering uses electric power assistance. Quite a big move for a company that for so long rejected any interfering technology. Sure, you couldn't expect a car with tyres this big to forego power assistance, though it seems a shame that there weren't any hydraulic options. ABS and traction control are standard.

Now it's well known that the TVR is built using Gordon Murray's iStream architecture, the car confirmed as using a steel, aluminium and bonded carbon composite in its chassis. The body employs composite again with "a number of aluminium panels." 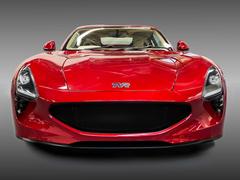 Inside there are two seats - and will only ever be two seats - with a bespoke infotainment system, lots of leather and only the required controls that "enhance the 'Spirit of Driving'". It should be noted too that this car is the Launch Edition with the full leather - there's no word yet on what a standard interior will look like.

Want one? A few of the 500 Launch Edition Griffiths are still available, with all of those offered in specific Launch Edition colours. The car starts at £90,000, and will begin production at the end of next year - welcome back TVR!