We love the idea of TVR's return, but can it work? We meet Les Edgar and John Chasey to find out

On the face of it TVR's

looks like the Game Of Thrones of the sports car business; a back story filled with drama, mysticism, treachery and blood letting, lots of noise and displays of machismo but, ultimately, the stuff of indulgent fantasy. So it seems when you consider the challenges of delivering, from scratch, a competitive V8-powered coupe priced at less than £100K. One credible enough to tempt buyers from any number of mainstream alternatives seemingly offering similar thrills with none of the risks. 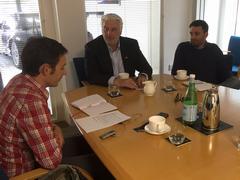 and his team can actually pull it off. This is PH after all - why wouldn't we want TVR back, loud and proud as ever? But we're getting to the point where the company needs to deliver something tangible. An unveiling where the 'car' remained under its sheet and a host of stories caveating every promise with 'it's hoped', 'should have', 'in the region of' and the rest doesn't help, even with assurances of close to 400 orders, confirmation Cosworth will be developing the Mustang-sourced V8 and news the

exists and is ready to be fitted out.

More on the car here but in this instance we go to leafy Surrey, the office of Les Edgar - now named 'Griffith House' - and a couple of hours to chat with Edgar himself and operations director John Chasey. We'll post a full transcript in due course for those who want the real deep dive. But first, with a little help from PHers, 10 questions that TVR has to answer to help us believe the guys mean business...

Jaguar and Aston Martin already offer a choice of raucous, V8-powered, British-built coupes for less than £100K - why would anyone choose a TVR over them?
John Chasey: "Because they're not a TVR!"

Les Edgar: "None of them occupy the space that TVR vacated, nobody filled it. All the people who own TVRs do get it; for those who have never owned one how do you persuade them? None of the cars you mention has got ground effect, none of them were designed by Gordon Murray, they haven't got a Cosworth engine..." 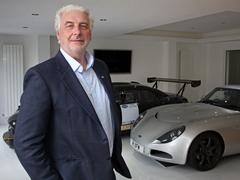 In terms of the traditional character traits what will make it a true TVR?

Les Edgar: "You tell us! It's a question we should put to the forum I think. You'll get the usual things like the scallop in the door - but that's only the 90s - you'll get loud exhausts but you'll also get 'it's got to catch fire, fall to bits and make small children scream', all that kind of stuff. We have used this term a lot but the car needs to be unapologetic. The long throttle travel is something people often talk about; it's a cool thing and you'd have to hope we'll have idiosyncrasies like that automatically because we're not car designers. Trevor wasn't a car designer when he started, nor was Martin Lilley. The nature of the beast is that you will have them, given the small production scale. And I suppose if you haven't, you've failed a bit."

John Chasey: "If you look at some of the old TVR shapes they don't really bear any resemblance to other models but if you took the badge off you'd think 'I've never seen it before but it could only be a TVR'.

Fair enough, but why aren't you using the Speed Six engine?
Les Edgar: "I have a Speed Six in a Sagaris and I do love it. It's something we'd love but would find very hard to resurrect. And we'd never get it through emissions. My personal preference is for the grunt of a V8. So we take a big engine like this 5.0-litre V8 and we've told Cosworth to make the torque characteristics and the power delivery appropriate for a 1,200kg car. In its standard 413hp European form it is plenty powerful enough for us but the boys at Cosworth have managed to squeeze quite a bit more out of it. So we have set ourselves the target of 400hp per tonne rather than trying to quote too many absolute stats like 0-60. Those numbers are going to be pretty impressive but the power to weight ratio is far more critical." 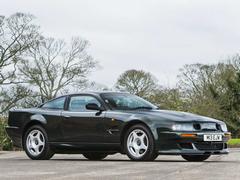 Will it be loud?

Les Edgar: "It'll be as loud as we can make it legally. And then you'll be able to bring it back and we'll make it even louder, there's no question about that. I have a de-catted Aston Martin Vantage V600 and it's the loudest thing I've heard - I suffer from tinnitus constantly!"

Will it be properly scary and free of electronic nannies?
Les Edgar: "Scary dangerous? Depends who's driving it! There is no doubt that in some circumstances ABS is a great help so in this case switchable."

John Chasey: "There will be people who will turn everything off but if you're using the car as a regular drive you're not always going to be totally on your game. So ABS is a reasonable step."

Les Edgar: "But that's where really it stops. Electric windows, that's about where it stops. John and I both come from technical backgrounds but this reliance on technology makes the cars more mass market. It does mean footballers' wives can buy Ferraris and drive them down to the supermarket but it doesn't make for the best driving experience." 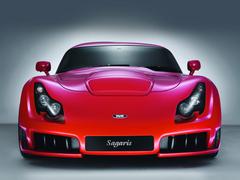 How much will it actually cost?

Les Edgar: "We were thinking of Sagaris money and we thought that was about right. Actually, when you analyse it, we wanted to be at the same price as people we perceive to be our competitors but offer much more."

John Chasey: "If TVR carried on what would they be selling now and at what price? We wanted to be at that level from a price perspective as much as a performance perspective - we're not suddenly going to be asking 120 grand for a car." 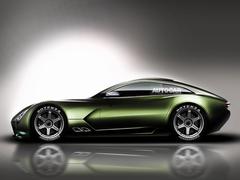 Easy enough to build a fast, attractive car based around a crate engine; how can you be sure you won't get let down by 'details' like window seals, electronics and the rest?

Les Edgar: "You start with designers who have done that before, you didn't just dream it up in a shed, you do need someone who understands exactly how to put this stuff together. With our design team - which is fully integrated into Gordon Murray's design team - we do a lot of the exploratory work here but they spend a large percentage of the time going back and forth."

John Chasey: "They've obviously designed other vehicles using the iStream process so we're able to, shall we say, borrow a lot of the experience. Those lessons that have already been learned have come through the design process and into our car. So, in that respect, making sure the hinges work appropriately and you get the shutlines right have already been solved in the iStream process and we are benefitting from that."

Can we really expect it to be ready by next year?
Les Edgar: "The next mule, which is representative of the size and weight with our drivetrain in it, we're probably a month, two months maybe from that. I think we expect reasonably early next year to be in something that's pretty representative of the final thing. There will be phantom building of the cars to check the processes by the end of 2017 for the start of production. But it massively depends on a few things like hot weather testing. If we find anything along the journey we will put those things right, we will not compromise the first car and pull out something faulty that makes everyone say 'told you!' just as the Phoenix rises from the ashes."

How are you going to sell it?
Les Edgar: "We'll bring it round to your house! No, it'll be from the factory and the car will be homologated, not an SVA for each one."

Will there be nudey ladies on the motor show stand, as is the tradition?*
Both: "Yes, of course!"

*Thanks to PHer J4CKO for this question