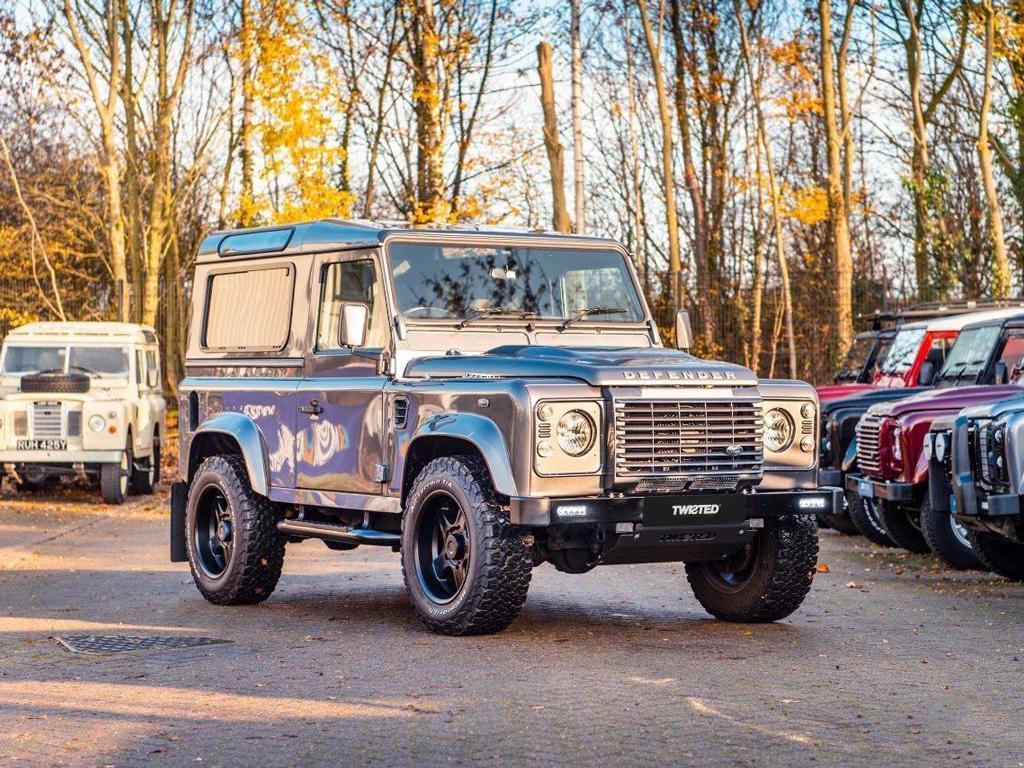 Twisted is bidding to get business moving again with an offer that lets customers sell their Defenders back to the firm for 100 per cent of the original pre-tax price - three years after purchase. The offer, which so far only applies to cars bought in May, essentially lets buyers run a Twisted-built Defender with only servicing, maintenance and VAT costs to cover, assuming they take up the company's offer to sell their car and recoup the initial pre-tax payment.

"Obviously we're doing it because we want to get the job moving again," Twisted CEO, Charles Fawcett, told PH, alluding to the fact that sales have stalled since lockdown restrictions were established. "But it also shows our utter confidence in the products we sell because we're able to give customers this deal and still expect to turn a profit on the cars later on."

Twisted's deal of course relies on the returned Defenders being in well-kept condition, with the brand also limiting annual mileage to 8,000 and requiring servicing to occur in its workshop only. But other than that, you're essentially given a Twisted in temporary exchange for your cash. For anyone mulling over Twisted ownership, it seems like a compelling offer. We certainly can't think of any other brand willing to do the same.

Discussing the status of cars returned at the end of the deal, Fawcett pointed out that Twisted could potentially "send them back to the garage" and refresh them, with the option to upgrade further "like putting a V8 in it or even go fully electric" - which hints at that divergent approach the tuner is likely to take in the medium term. Of course, it still relies on Twisted's residuals remaining strong through difficult times, but assuming the country returns to glowing health in 2023, Fawcett is clearly willing to make that bet.

Regardless, Twisted's staffers are apparently not twiddling their thumbs in expectation. The company boss suggests that there's a "long order book to work through" as business ramps up again post lockdown. It has been in a strong enough cash position to make it "flexible" during unprecedented times, so hasn't had to lower the price of cars - which in turn has helped to protect those all-important residuals.

One unavoidable consequence of the recent restrictions has been the temporary closure of Twisted's new Silverstone dealership, which Fawcett said "opened on a Monday and then shut on the following Thursday" due to the lockdown. It's set to open again this coming Monday, but for appointments only in order to ensure social distancing. The same is true for Twisted's Thirsk workshop, where returning staff will be fully protected and properly spaced. The much trailed North American launch is still on the cards, too. Apparently it'll take more than a global pandemic to rein in the tuner's international ambitions.