Harris gets aboard the all-new Golf GTI - game changer or business as usual?

, but I'm afraid it was a much later version of the car that turned me into a Golf-advocate: the Mk5. Before that I always thought French was best. 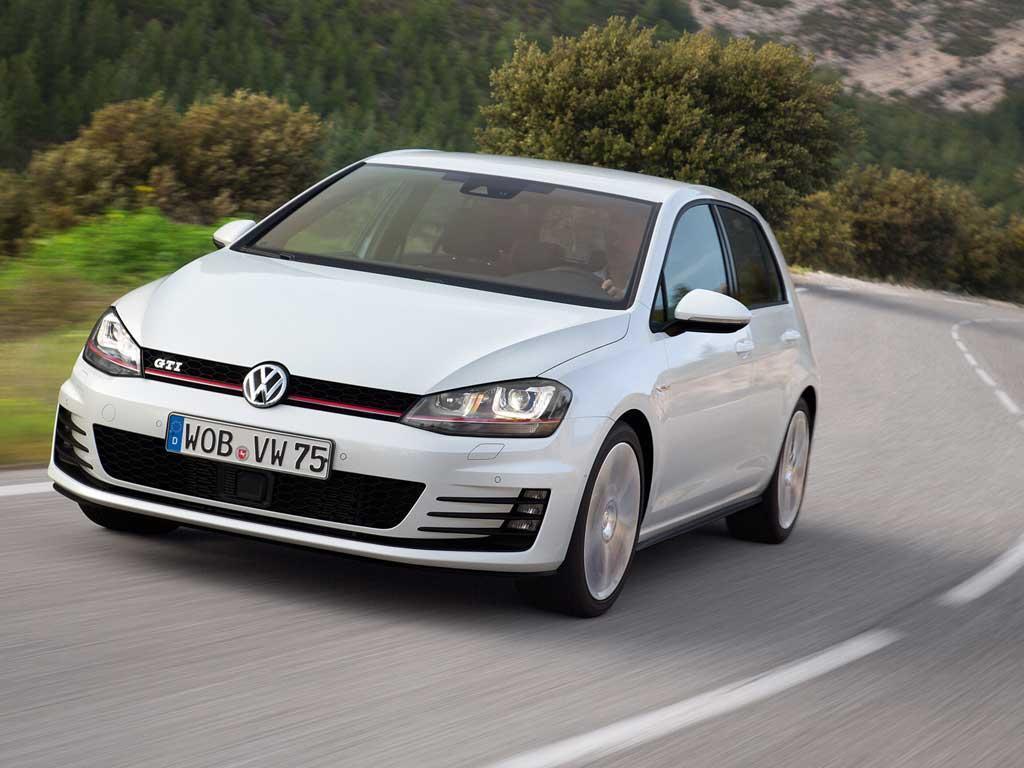 Changes are incremental yet significant

What a car that was. You only needed to look at it, sit in it and drive five miles to know that VW hadn't just righted the wrongs of the shabby Mk4, it had provided the answer to a question several thousand people had been asking: I want a hot-hatch that's built properly, has a decent badge and is till fun to drive - what do I buy?

The seventh-generation Golf GTIappears to be slotting comfortably into that most generic German behavior of hiding significant mechanical changes under coachwork that doesn't shout about change. The new platform which gives up to 100kg weight savings in lesser models only allows this car to be 42kg lighter than before. Even so, VW should be applauded for launching a car that is lighter than the one it replaces.

Narrow niche
The car uses a new development of the EA888 motor which has 220hp and 258lb ft as standard. There's the option of a 10hp power increase with the £980 GTI Performance upgrade (also includes bigger brakes and an active locking differential), but peak torque remains the same. The car I drove was a plain vanilla GTI with 220hp, 18-inch wheels, a manual transmission and five doors. It was very good, but I think the Golf GTI needs to be very careful how and where it positions itself in the marketplace. 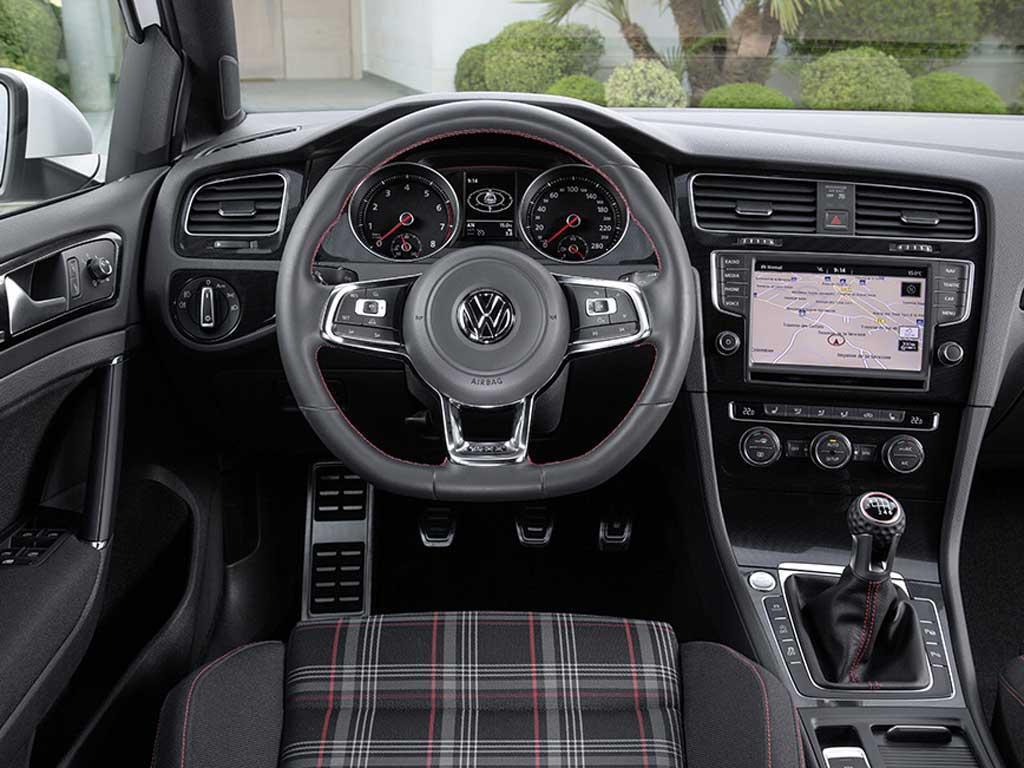 Manual version is more than a sop to 'purists'

Volkswagen is now the master at spending money where it will win friends and being mean where it can be hidden. Everything you touch and most of the surfaces you can see in this car are of high quality. The fabric seats are tightly trimmed and generously contoured, there's ornamental carbon littered about the place and the control surfaces all shriek quality. However, fumble around in the boot and you quickly realise that the carpets and fittings are 1986 Nissan Bluebird standard. As far as I'm concerned, it's a brilliant policy, because it leaves cash for things like near lag-free engines and snazzy suspension components.

Ruthless ambition
Volkswagen claims the Golf will hit 62mph 6.5 seconds (6.4 for the GTI Performance) but such is the thrust from 2,000rpm it actually feels more urgent than that. It's a completely ruthless engine: uncannily smooth and potent given its rated power and yet slightly lacking in any personality. In a car like this, that doesn't bother me one iota; others might not feel the same. 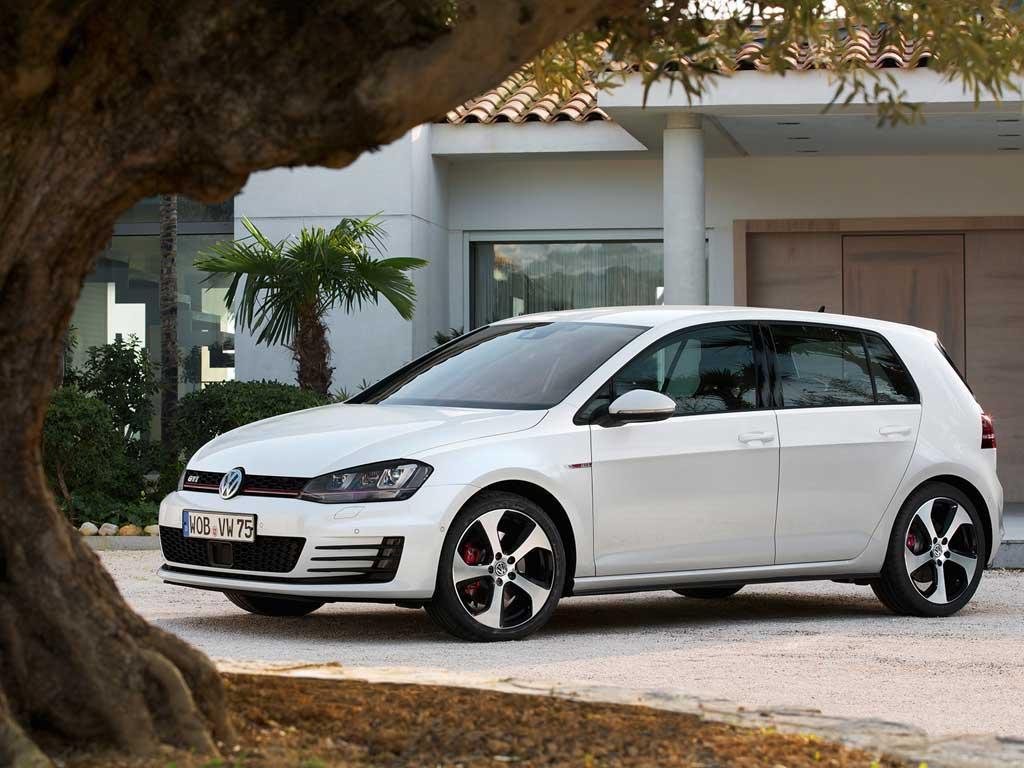 What a surprise to use a manual gerashift that seems to have had time and effort lavished on it. The throw is short enough but not stupidly so, and it allows those delectable second-to-third shoves with the right arm which will always make left-hand drive cars that little bit more satisfying to pilot when fitted with three pedals.

Now we are at the mercy of the specification sheet because the test car was also fitted with the optional £800 adaptive chassis control. This gives three damper modes: Comfort, Normal and Sport, and then the chance to merge these into already changeable steering weight and throttle response. Basically, just like all of its rivals.

Comfort mode
Or maybe not quite, because the GTI's chassis throws some surprises on the road. In comfort mode, this car is one of the most impressive fast hatches I've ever driven in that it reminds me of those long-travel French machines that defined the art back in the 80s. The ride is supple and yielding, at low-speed in town the car is so much more comfortable than its rivals you can barely draw any comparison - and yet the moment you drive faster on bumpy roads you notice that the car retains full control. Yes, the roll angles are a little greater than you might expect, but the suspension absorbs and allows the car to travel at pretty dizzying speed. 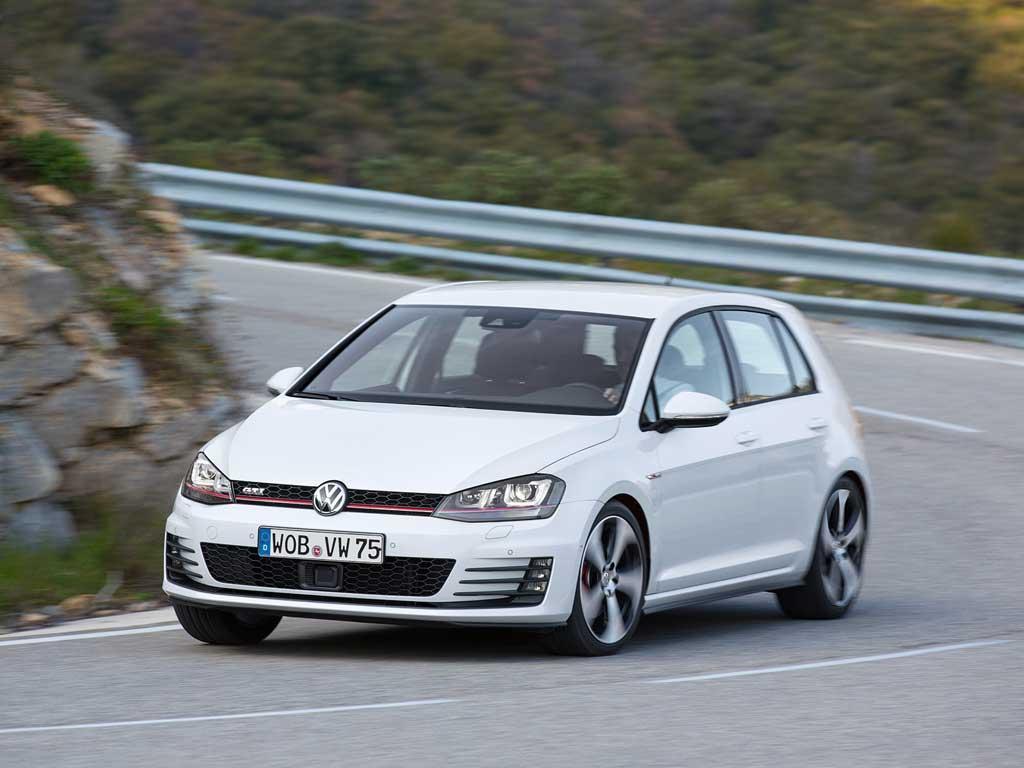 Active diff option appeals but fine without too

This is rather more than a lowered Golf. The lower wishbones of the struts are completely new, as is the entire roll bar assembly and pivot bearing. Everything is stronger and lighter.

So, as someone who has raged against over-firm suspension for years, this car is something of a revelation. As are the other two suspension modes. In Normal you sacrifice a sensible amount of low speed ride for extra agility, but the ride never becomes crashy and harsh and even in Sport mode you can drive quite happily on the road. In most cars with a 'sport' damper button, you'd never bother pushing it, in the GTI you might actually enjoy the experience.

Electric response
The steering is a new progressive rack which works with just 2.1 turns between locks. Normally I hate anything with a variable ratio, and rather than dwell on the minutiae of how it works all I can say is that I never once felt like my inputs were being tampered with for the sake of either reduced arm twirling (low speed) or precision (high speed) - which of course they were. As with all these electric systems there's a tangible sense of disconnection, but within a few miles you're placing the car just where you want it. 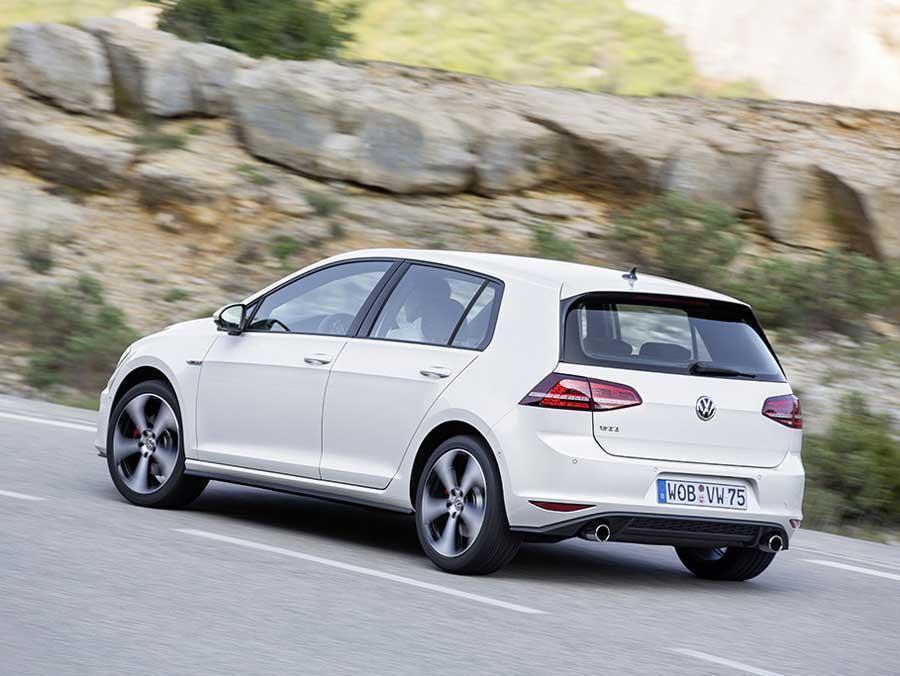 The driving position is multi-adjustable and superb, the steering wheel rim isn't too thick and I personally love the check-cloth interior. The front seats are among the best in any car, at any price.

Now let's talk about the BMW M135i. I didn't have one to drive back-to-back with the Golf, but it does pose some very awkward questions for the VW. For starters, I think it makes the case for a fully-loaded £35K Golf with performance pack, leather and all the toys look very tenuous indeed. The Golf is a beautifully executed everyday package, but the BMW's performance is on another planet. So I think the Golf is actually at its best lower down the price range because it needs to be nowhere near that pesky 1 Series.

Take the base three-door for £25,845, keep the cloth, the brilliant £525 Dynaudio hi-fi system and the dampers and leave it at that. Not once did I find myself exiting a second gear turn and wishing the car had a locking differential over the ESP-based cheat it offers as standard - maybe on a track I might, but who actually uses a new GTI as a regular track tool?

This is a car with so much to offer so many people, and a significant improvement over its predecessor, but it enters a marketplace which has recently been up-ended by that BMW. Still, drive a new GTI on a bumpy road and you will be very surprised at what it can achieve.