Enough riding shotgun - what's the damned thing actually like to drive? Read on... 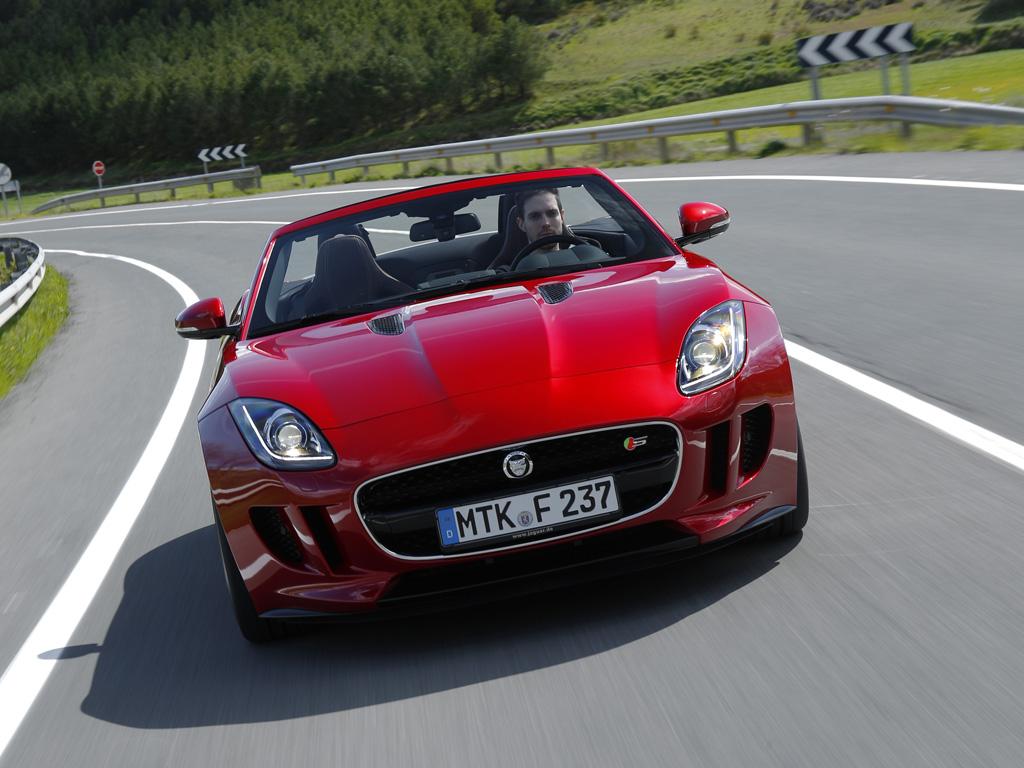 Following one of the more drawn-out launch schedules of recent memory, we can at long last deliver a verdict on Jaguar's much-anticipated return to the sports car market. To save you from having to wait any longer, the F-Type is - in a word - brilliant.

Jaguar unveiled the car as a thinly veiled concept 18 months ago before confirming the F-Type moniker this time last year; as anticipation for the new model grew we got the inside story. The wraps were pulled off the final production version in September and we got our first taste of the car from the passenger seat, prompting a bit of soul searching about whether or not we should be complicit in such pre-launch hype building.

After all of that, it was with some relief and no little excitement that we eventually dropped behind the wheel of the F-Type in northern Spain. All three versions were on hand, from the £58,500 V6 entry-level model through to the £67,500 V6 S and up to the range-topping £79,950 V8 S. As would become clear during many hours spent pounding along challenging mountain roads, the mid-range V6 S hits the sweet spot. More of which in a standalone story.

Within the first few yards, the F-Type leaves you in no doubt that it's a new breed of Jaguar. Lumps and bumps in the road surface nibble their way into the cabin, putting you in mind of a serious sports car; the leaping cat on the steering wheel looks a little incongruous right now. It's unexpected rather than harsh or uncomfortable and the ride does begin to settle quite markedly once you breach 40mph.

So now there can be no doubt that the F-Type is squaring up to the eternal class leader, Porsche's 911. The immediate tautness to the F-Type - currently a convertible only - vanquishes concerns that the new model is simply a shrunken XK, or that it's Jaguar's idiosyncratic interpretation of a 911-baiting sports car. On first impressions, there's very little of Jaguar's recent dynamic heritage on display.

The F-Type has been pitched so as to appeal to a new audience rather than existing XK customers (90 per cent of buyers will be new to the marque, apparently), so Jaguar was able to free itself of brand constraints. Only the lightness of the steering is common with the rest of the range, but the speed of the rack and the way the front end responds to inputs is all new. Lean on the outside-front tyre a little harder and the steering wheel begins to chatter; through the familiar steering lightness there is genuine connectivity.

Indeed, it's a word that crops up time and again. The throttle response is razor sharp, but the way the F-Type rides mid-corner bumps and shrugs off even the largest compressions with beautifully compliant damping is remarkable. Only at low speed does the F-Type ride firmly, for at a cruise it rounds off road surface imperfections really well, even on 20-inch rims.

This compliance translates into strong lateral grip even in damp conditions. The balance is neutral for the most part, fading into slight understeer as you push harder. It's a safety net to let you know where its limits lie, but the chassis has been tuned to be adjustable on the throttle. In fact, owing to the strong torque throughout the rev range, traction is easily breached on corner exit in wet or slippery conditions and the transition to oversteer can be rather sudden in the lower gears.

The conventional eight-speed auto is particularly noteworthy. In order to achieve that targeted level of 'connectivity' between car and driver, Jaguar's engineers tuned it to give the fleshy bit behind the steering wheel all of the control. In manual mode it'll hold onto gears on the way out of corners so that you can use the punchy torque to accelerate cleanly away and it'll even hold onto gears on the way up so that the engine sits on the rev limiter. It can take you by surprise the first time it happens, but it's a fine example of the degree of driver control that has been engineered into the gearbox, and the car as a whole, for that matter. The F-Type isn't left wanting for a twin-clutch gearbox; the shifts are clean and fast when you're chasing a good stretch of road, smooth and fuss-free when mooching around town.

There's much more praise to be lavished upon the F-Type; the cabin is bold in its design, luxurious in its fit and finish and youthful in its detail (not least for the ultra-cool toggle switches), while the seating position is very good indeed. The supercharged V6 engine is both strong throughout the rev range and rewarding when wrung out, delivering the most intoxicating firing-squad soundtrack and exhaust crackles with sport mode engaged. With 380hp, the V6 S delivers plenty of performance without leaving a load in reserve in typical fast-road driving conditions; you really can use all of the pace on offer on a regular basis.

Jaguar's Dynamic modes for the various interaction points are very well judged, too, with the steering, throttle, gearbox, suspension and exhaust all sharpening up at the flick of a toggle. Brilliantly, each of these parameters can be selected individually of one another and your preferred configuration can be stored within a single button.

All is not rosy, however. The cabin is a furiously windy place at anything over 70mph with the roof down, even when the windows and wind deflector are in place. Boot space is also very modest due to the admittedly beautiful profile of the bootline, which falls away in a rare nod to the E-Type. While list prices appear favourable when compared to the 911 one does wonder if the entry level model is really £13,000 more car than a similarly powerful Boxster S.

We'll consider the remainder of the range imminently - and explain in depth why the V6 S is the pick of the three specifications - but for now, let's delight in the F-Type having been worth the wait. Not only is it the best driver's car Jaguar currently makes, it is also a very welcome and competitive addition to the class.