Half a dozen years on from launch, the Giulia is more recommendable than ever 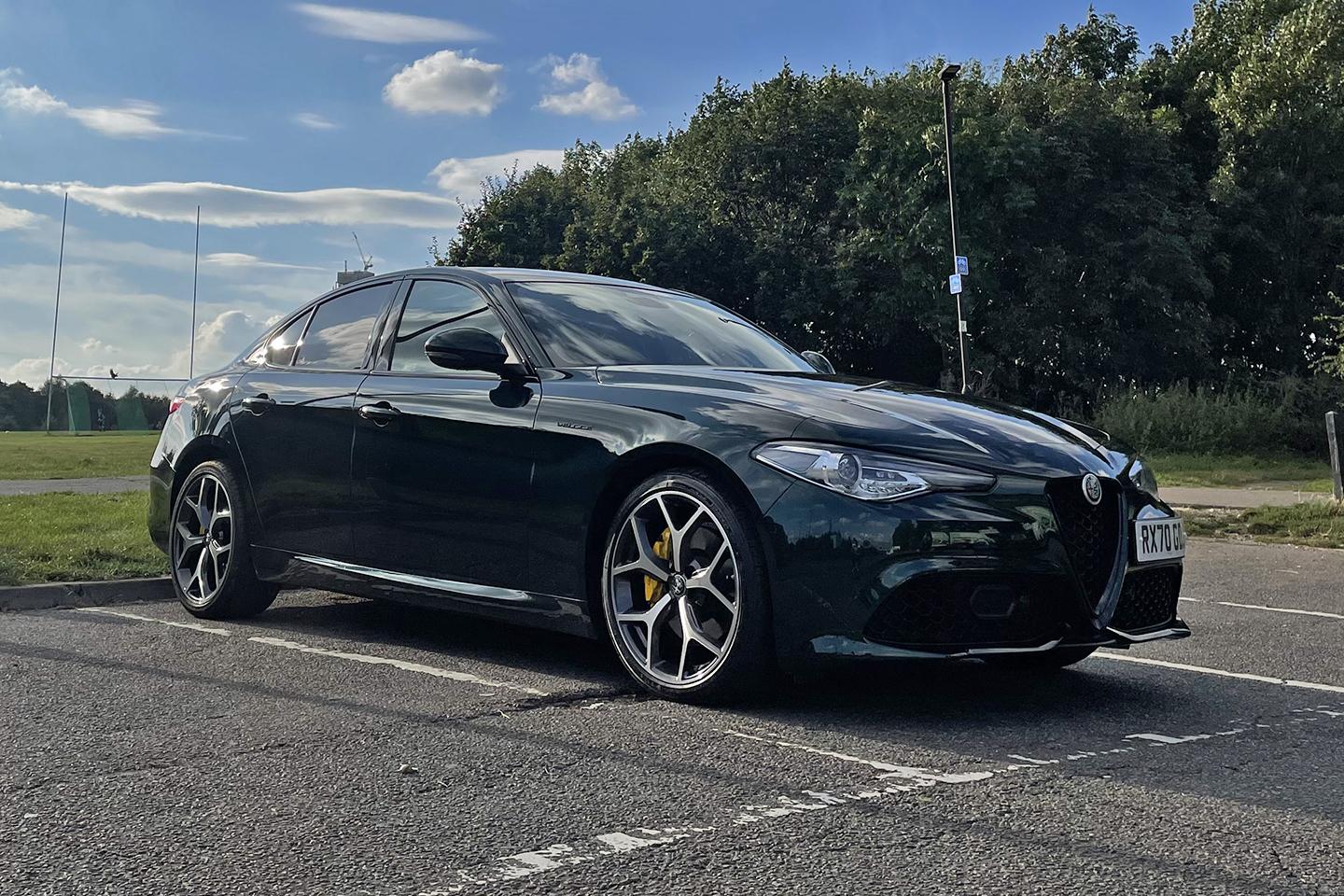 For as long as the Alfa Romeo Giulia has existed, the ordinary models have lived very much in the shadow of the 510hp Quadrifoglio. Which always happens, to some extent, with sports saloons, but it was more keenly felt with the Giulia, precisely because it was an Alfa. The level of expectation around a proper M3 rival with the hallowed Cloverleaf on its wings meant precious little attention was paid to the models that would account for the majority of sales; that the QF then exceeded all expectations only made matters worse.

Or at least that's how it's always seemed. Which is a shame when you think about it because not only did the sub-Quadrifoglio cars give good accounts of themselves in Italy and the UK, but the Veloce was deemed sufficiently talented to surpass a Jaguar XE in a twin test a couple of years ago. They really are that good; you just might not have heard...

Happily the revisions recently introduced to the Quadrifoglio have also made it to the Sprint and Veloce, which easily justifies a second look. The most significant change is the introduction of a larger infotainment screen with Apple CarPlay and a little more leather which, of course, doesn't sound like much. Then again, what more d'you want? Is the giant central screen of a C-Class really that desirable? Are those new 3 Series dials actually an improvement? Do 64 mood lighting colours benefit the overall experience?

Because what you do get is a superb driving position, dropped low in really supportive seats, with great dials (and those lovely paddles) ahead. Meanwhile the touchscreen can also be controlled by a dial, the HVAC makes sense. and your phone can be charged wirelessly or via a cable. The missing sense of occasion is a notable absence in an £80k QF; in the Veloce, it's much more forgivable. In sorting the basics and not worrying too much about fripperies, Alfa has delivered a decent interior. Could it be better? Sure - but there's ample evidence of just how awry a radically overhauled interior can go these days.

That same logic extends to how the Giulia drives; it doesn't attempt to make any dramatic break from tradition, rather it sorts the fundamentals really well. Even without the optional Performance Pack that brings a limited-slip diff and damper modes, this Veloce drives as well as any rival. It's properly light by the standards of the segment, coming in comfortably under 1,500kg, and the benefits are felt everywhere: it accelerates willingly, changes direction eagerly, rides fluidly (because it doesn't need super stiff suspension to rein in weight) and doesn't use much fuel in the process.

Inevitably. the sub-300hp model isn't as rabidly thrilling as the 500hp+ flagship, but the fleet-footed Veloce is genuinely fun to be behind the wheel of, which cannot always be said of middling efforts in the compact exec segment. Though the four-cylinder 2.0-litre turbo remains unchanged, it's just potent enough to dovetail nicely with the vibrant rear-drive chassis. Of course it's a shame that any Alfa engine only revs to 6,000rpm, but that's hardly a fatal flaw.

More impressive still is that the Giulia doesn't sacrifice refinement in its pursuit of lightweight vigour. Maybe it isn't quite as hushed on a long journey as a 3 Series, though it remains more than relaxing enough, and any additional disturbance seems worth it for the way the Alfa drives everywhere else. It's proof of just how right Alfa got its first rear-drive saloon in a quarter of a century.

And that's before considering the main reason to buy an Alfa Giulia - the way it looks. New colours were introduced as part of the most recent update, with this car's Visconti Green one of them. It's hard to think of a better £700 option, either, the colour elevating the Veloce from a smart saloon into a properly attention-grabbing model. You'd be happy enough simply seeing a car that looks this good outside; knowing that it's also a great one to drive would almost be a bonus.

Let's not forget either that the Giorgio-based cars - both Giulia and Stelvio share the platform - are apparently not long for this world. Which is a shame no matter how you look at it. As proof of what Alfa Romeo can achieve in two extremely competitive segments, they've both been fantastic. And never more so as a petrol-powered sports saloon in a lovely shade of dark green.