Anathema to purists, perhaps - but it turns out BMW's front-drive hot hatch is actually very good 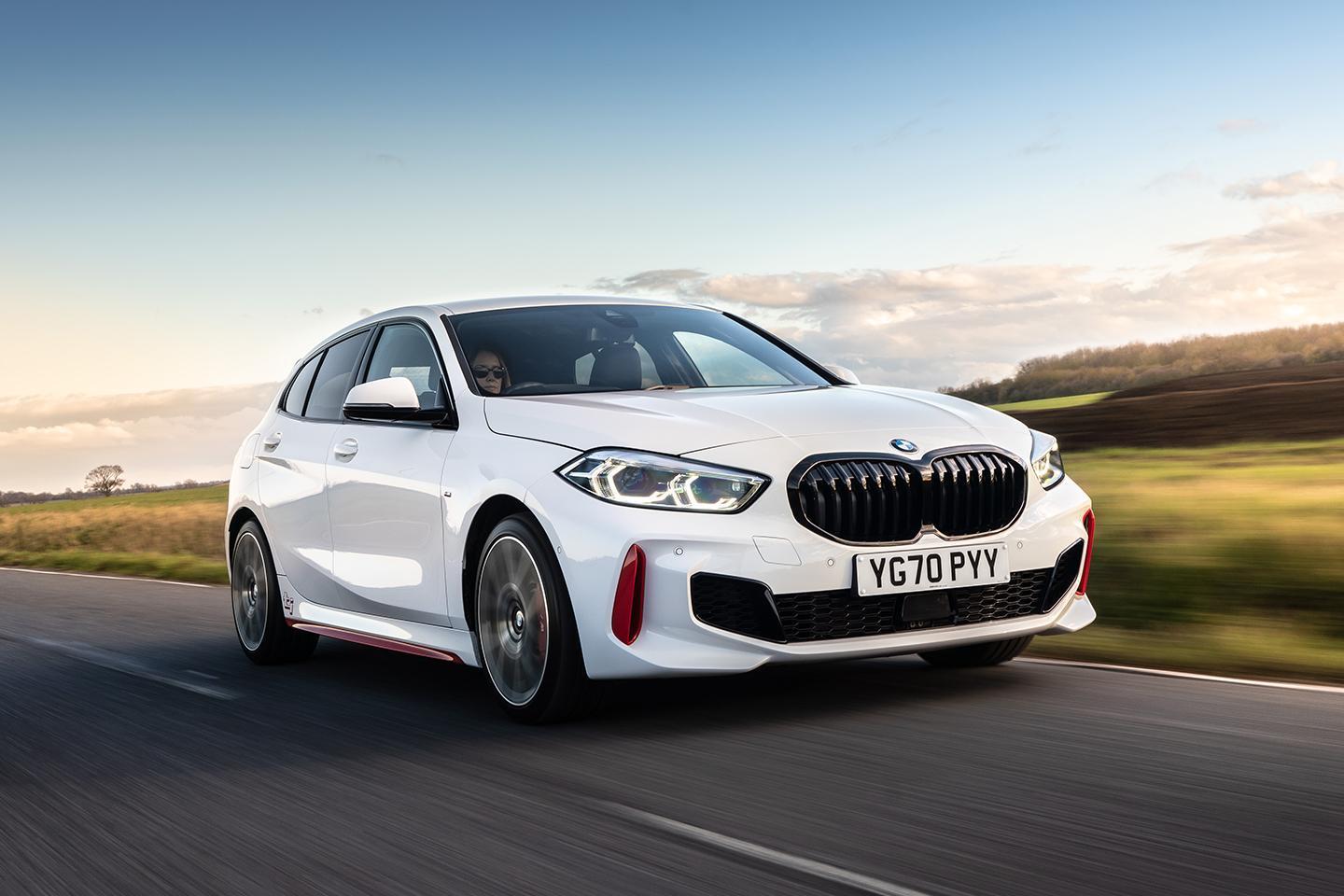 The current BMW M135i xDrive was always going to have a tough time convincing the diehards. Against its much loved predecessor, the M135 lost two cylinders and the option of a manual gearbox - and gained a driven front axle. On paper, not much about the F40 1 Series flagship endeared it to the BMW faithful; sadly that didn't change much in reality, either, the M135i being perfectly capable and eminently liveable - but rather charmless.

Perhaps, then, this might be the fast 1 Series to have: the 128ti. It changes the formula once again, offered only with front-wheel drive and passive suspension, yet promises much: it is lighter than the M135, has been tweaked from top to bottom to take advantage of that fact and can even claim some tuned-at-the-ring kudos. BMW goes so far as to call the new 128ti "fleet-footed, direct and uncompromising."

Plenty of work has gone into ensuring at least some of that claim rings true. Though power and torque is now only going to one axle, the same Torsen diff as found in the M135i is fitted here; in the ti the locking factor is now 31 per cent under acceleration compared with 36 per cent before. Steering for the car is bespoke, aimed to reduce torque steer but retaining some feel, and the M Sport passive suspension set up is unique as well. Though firmer anti-roll bars are carried over from the M135i, the 128ti gets springs and dampers that are stiffer than the flagship for "even sharper driving dynamics". And get this: 19-inch wheels are optional, but the no-cost-option performance tyre upgrade - a Michelin Pilot Sport 4S - is only available on the 18-inch rim. Nothing like prioritising handling over kerb appeal to really get the enthusiasts onside.

Though not a class blessed with beauties (Renault Sport Megane aside), the 1 Series isn't the most attractive hot hatch out there - even with the ti add-ons. Perhaps because of them, as red accents for the intakes, sill and rear vents, plus the colour-matched badges, don't help much. In optional Misano Blue or Melbourne Red, the red bits are black and work better, or they can be deleted entirely - which might be preferable. The red highlighting works much better inside at least, and the standard sports seats are great.

Though giving away a chunk of performance on paper to the M135i - 265hp and 295lb ft is 41hp and 37lb ft down - the 128ti certainly doesn't seem to be lacking anything on the road. Those obsessed by benchmark numbers will point to the 1.3-second difference in 0-62mph sprinbut that says as much about the xDrive traction as it does any outright performance deficit. The 128ti is slower - but not by a huge amount. The eight-speed automatic does the same admirablhere as it does in the all-wheel drive car, its short ratios delivered decisively, and manual control on offer via chunky shift paddles. It's still an effective rather than a memorpowertrain, which could probably be said about a lot of the rivals, but feels to complement the package pretty well. What is interesting to note is that this ti sounds better than the M135i, the noise seemingly less augmented and truer to what ought to emanate from a 2.0-litre turbo. BMW's claim of a "thrilling, richly sporting aural experience for the driver" seems a bit much, but there have been far worse attempts at manipulating four-cylinders.

It helps that the 128ti making the noise drives brilliantly. A front-wheel drive BMW might make as much sense to some as a chicken sausage or cinnamon Coke, but there's no arguing with the results. At the manufacturer's first attempt (leaving aside the Minis which share a smaller variant of the 1 Series platform) the 128ti is immediately competitive with rest of the front-drive hot hatch field - and makes the M135i seem a little unnecessary in the process.

By the first speed bump it's a tangibly more serious car; which isn't to say it's crashy or unrelenting, rather that it has a tighter grip on its body movements than we're used to. Where sub-M models can be slack and bit lazy in body control, the 128ti is taut and composed. Truth be told it's firm enough to make the 19-inch wheel an option probably best avoided, albeit in a way that signals intent and quality as opposed to simply cranking up spring rate. Even at low speed, the ti is a more satisfying car to use than the M135; that bespoke steering tune lends an improved sense of connection (even though the chubby wheel remains) and the reduced kerbweight makes it feel more agile in any situation. Given a lot of our driving is so ordinary, it's nice to feel more a part of it at everyday speeds.

Perhaps more impressive, though, is what things are like when you go a bit quicker. There's a tenacity and vibrancy to the driving experience that's makes it really entertaining, the 128ti feeling sharper than even an 80kg weight saving - and a still-chunky 1,445kg - would suggest. Everything that's desirable about a good hot hatch is here, with an eager turn in, adjustable mid-corner balance and really strong traction, aided here by the Torsen diff and ARB. The what? Well, it's 'near-actuator wheel slip limitation' - or traction control that's wired into the engine itself, and said to be 10 times quicker to respond than the DSC system. It was technology seen on the Mini Electric, and works just as well here, the front wheels always driving hard out of a corner and with precious little interference. For incorporating the benefits of a limited-slip diff on the front axle with almost no drawbacks, BMW deserves praise - it adds another dimension to a well resolved drive. Who'd have thought in the same week we'd be featuring the turbocharged, front-wheel drive Renault Sport hatchback without an LSD and a BMW hot hatch that makes such effective use of one?

The 128ti really deserves inclusion with the segment's better offerings, too. Because beyond the figures - including some very competitive monthly payments - it's a hot hatch that's enjoyable to drive in any situation. And which doesn't cost £60k. Given how despondent some of BMW's recent activity has made its fans, that should be a cause for celebration. It isn't even one that requires a healthy options spend to get the best from, because it's that well sorted out of the box; spend a few hundred quid on paint that isn't white, tick the tyre upgrade (and don't forget to get rid of the stickers) and it really feels like a proper performance BMW will result. Whether 'really good for a 1 Series' actually means great by the standards of the class is still to be judged - and we'll do that as soon as possible - but it seems there's a lot to be encouraged by here. Which, all things considered, is a nice surprise.