The ST is already good fun as standard - does more power from Mountune make it better? 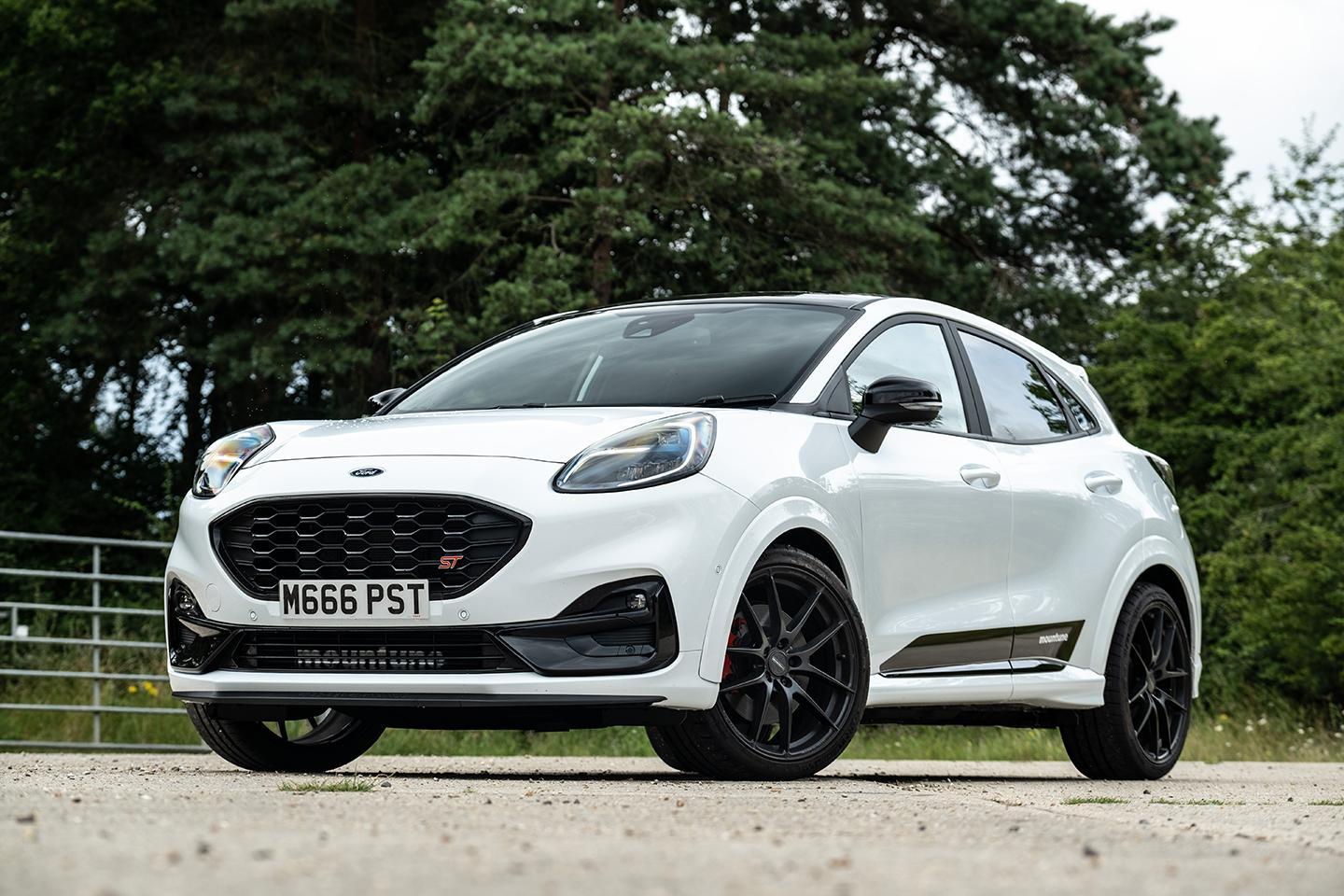 The job of an aftermarket tuner is more challenging than ever in 2021. Regulations are stricter, fewer cars are owned outright and, perhaps most significantly, most are pretty impressive in standard format. When a Fiesta ST used the wheezy old 2.0-litre Duratec, something from Mountune to wake it up a bit was almost a no-brainer, and hang the expense - but cars like the Mk7 and Mk8 ST were and are so good that the case for modifying becomes harder to make.

On the face of it, the Puma ST would appear to be no different. Because, against all reasonable expectation, Ford has pulled a blinder with the dinky SUV, making it far more fun to drive than it had any right to be. For most it'll be fast enough (carrying 75kg over a Fiesta isn't the end of the world) and nobody with a spine is going to want it much stiffer. Plus it already costs almost £30k...

That said, if Mountune didn't attempt to improve the already really good fast Fords, it wouldn't have much of a business model at all. The Mountune Performance kits for Fiestas have typically been brilliant, and its Focus RS work has rightly attracted plenty of praise as well. Good though the Puma is, it obviously isn't perfect - so Mountune has had a familiar go at making it better.

There's a suspension upgrade in the works, so for now the work is focused under the bonnet, although the demonstrator is also on OZ Superleggera wheels and Michelin Pilot Sport Cup 2 tyres. The m260 kit does what it says on the tin, taking the Puma's 1.5-litre three-cylinder to 260hp from the standard 200. Torque grows substantially, with 269lb ft eclipsing the standard 236lb ft, which was already up on the Fiesta. This is all still through software, too, programmable through Mountune's mTune app, although a few hardware tweaks are recommended as well. Fitted to this car and just visible through the grille is an alloy intercooler to help with temperatures, as well as a new induction kit.

Good news first: Mountune's work has made a little ripper of the downsized petrol motor. If the Puma never felt slow before, it also wasn't as mischievously rapid as the lighter Fiesta. And while the hatchback with this power upgrade is sprightlier again, it's hard not to raise a smile at the way the SUV charges through its rev range. There's a bit of lag to contend with, which is fair enough with more than 170hp per litre, but once spinning above about 2,750rpm the triple fizzes its way around the dial. There's even a tad more willingness to chase the final few revs, though like the standard car, peak power is made a little way short of the limiter. The torque is what's really addictive, stronger for longer than standard and doing what a surfeit of pulling power always does. The Puma still feels keen to be grabbed by the scruff of the neck (a Mountune gearknob has made the shift even sweeter) yet is more persuasive than ever pulling a higher gear.

It's a pretty wild ride, however. On a less than perfect surface or with some moisture on the road (or, let's be honest, both, because this is Great Britain) the Mountune ST can be a little unruly, the wheel fighting in your hands as it attempts to put all that extra muscle to the road. Certainly, anyone considering the upgrades should start with a Performance Pack'd Puma, as this car is delivering the Quaife LSD that helps keep some sort of lid on things. Those used to being pretty much flat out in a FWD hot hatch, such is the level so many of the cars have now reached, will have to tame their inputs here. And although for some a little bit of lairiness will be endearing, the impression that a Fiesta would be dealing with the challenges more effectively never quite leaves you.

Allowing for that feistiness - maybe even because of it, as you have to be more mindful of the throttle - the Puma ST remains a great little car to drive. The new wheels and tyres may have improved the ride as well as benefitted turn in, shaving a bit of weight from the unsprung mass; it is still a firm little car, but this one felt a tad more pliant than standard. All the usual Ford dividends still apply: measure your inputs and the Puma can carve through bends like the rally car it's now becoming, or be a little more gung-ho and it'll tweak its attitude to match, being as mobile and as agile as any hot hatch you care to mention. Quite what the forthcoming suspension kit is bringing to the party will be interesting to see; something a tad softer would be nice, though it would be a shame to sacrifice any of the Puma's sniffer-dog enthusiasm for pointing its nose this way and that.

Ultimately, the Mountune Puma ST is a bit of a compromise, much as the broader concept is. The engine work is expertly done, and to have such muscular performance for not a great deal more money is a very tempting proposition. But the fact remains that the Puma isn't the ideal vessel for the upgrade, and being perched so high doesn't endear you to the job of grappling with the occasionally overwhelmed front axle. Mountune is at its best when it's tapping latent potential, and while there's fun to be had here, 260hp feels a level beyond the Puma's comfort zone. For all but the very keenest, a standard ST will do the job nicely, or perhaps even stick to Mountune's 235hp kit. Or just buy a Fiesta m260. Which is what we would do.