There have been memorable anniversary GTIs over the years, and forgettable ones - which is the 45? 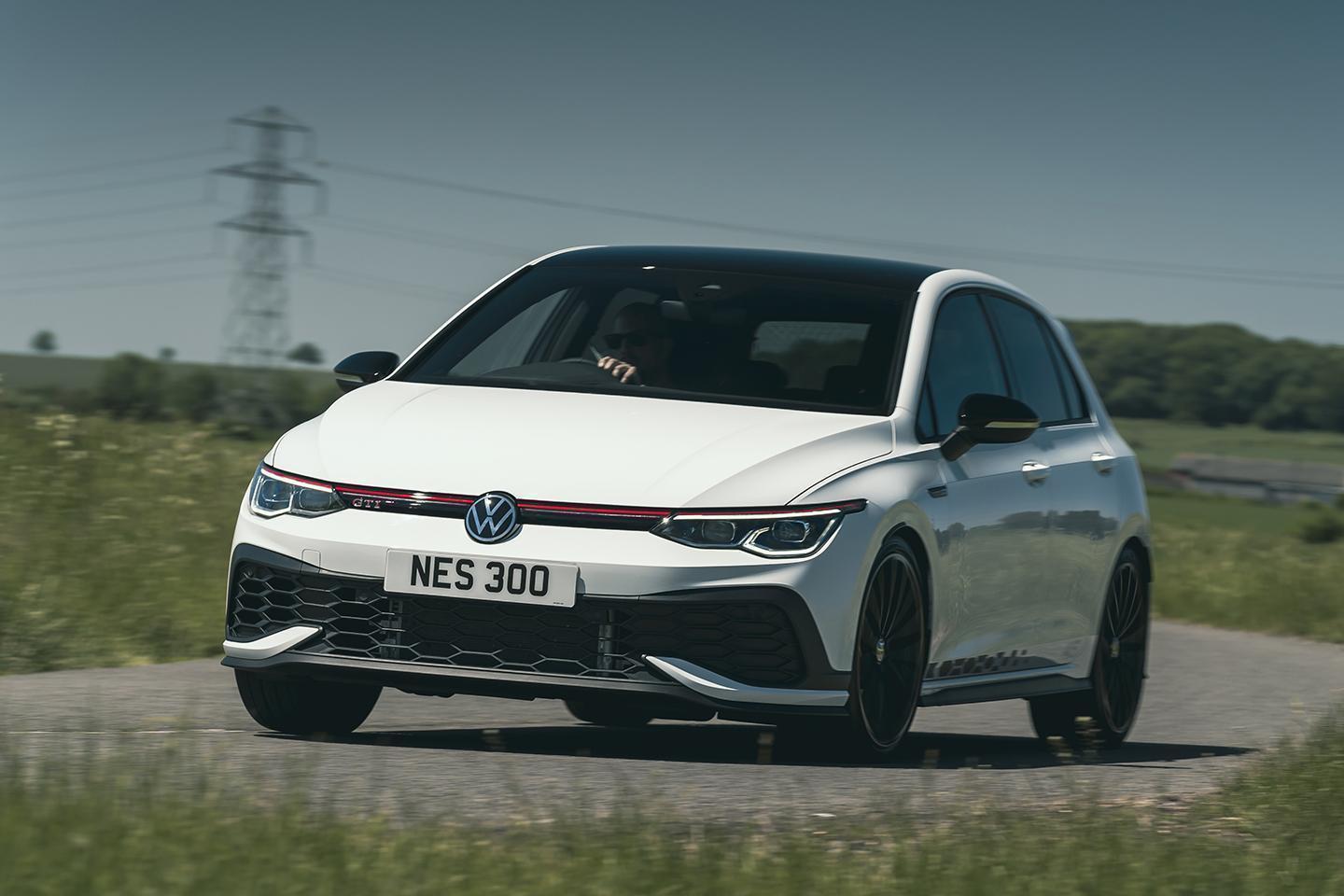 The task of creating an anniversary edition Golf GTI is surely not as simple as it seems. On the one hand sits the most mature and comprehensively talented front-wheel drive performance car out there, delivering a refined, wholesome sort of fun, rather than the lose your wallet and forget-the-hotel-address kind. On the other, there are the anniversary specials; the four-wheeled equivalent of a big birthday with pina coladas and dubious pop music. Which means one sits a little at odds with the other.

Make a Golf special a bit too lairy and people will suggest it's missed the point - see the Clubsport S. Yes, it wasn't the official anniversary car, but it came out in the same year as the Edition 40 and was way cooler. And what do you think was spoken about more - setting lap records with a VW Golf, or how a two-seat one wasn't 'a proper GTI'? Exactly. Conversely, mark the big birthday with something too modest and you don't give buyers any reason to pay the premium.

Tricky, right? Into that conflict, and into a sprawling fast Golf range that already extends from 246mpg GTE to hold-my-beer Golf R Performance Pack, comes the GTI Clubsport 45. Which, actually, does exactly what it says on a tin: this is the 300hp Golf GTI that marks the 45th anniversary of the model itself. It costs £40,000, and gets a standard Akrapovic exhaust, a Race Pack of black exterior trim (with new 19-inch wheels as well), '45' graphics and 166mph capability.

If the pictures seen thus far - of a 45 loitering around shipping containers - sell it a bit short, the latest Clubsport looks far more convincing in real life. Furthermore, though flat grey with red and black accents feels like colour scheme seen from Abarth to Aston, it works nicely on the Golf, Race pack and new wheels setting the tone nicely (the test car was grey, honest!). Which is then undermined tad by '45' stickers that will make precious little sense to the majority, but sort of have to be there. Presumably they can be omitted, before people start assuming it's the driver's age...

On the road, it shouldn't come as any surprise to learn that the Clubsport 45 drives a lot like a Clubsport non-45. Which is to say formidably well: the GTI's ability to meld body control, comfort, grip and balance is excellent, albeit with the optional dampers fitted and the 'Special' mode selected. It treads a really nice line between the corner carving aggression required of a hot hatch and the civility that's a given in a Golf GTI, engaging enough yet never overwhelming.

Of particular note is the 45's ability to maintain impeccable composure (and speed) over even the worst a British road can throw at it, aided at all corners by the nuance of the Vehicle Dynamics Manager. The helping hand of the assists is now much more discreet yet more effective as well, enabling the driver to really get the most out of what is a very capable and rewarding chassis.

Though likely exaggerated by driving a Mk1 and Mk3 GTI beforehand - more on those to follow - the Clubsport 45 feels seriously quick as well, really strong traction from the Goodyear Eagle F1 SuperSports meaning 300hp and 295lb ft gets to the road with precious little drama. It remains a shame, however, that the DSG doesn't involve the driver as it should. Perhaps adding the chunkier paddles of the R or the software from the Performance Pack (which doesn't kickdown) would have made the seven-speed 'box more of an event. Or VW might've gone the whole hog and offered a manual transmission the standard Clubsport doesn't get - after all the 45 is all about celebrating the Golf GTI's illustrious heritage, so what better way to do that than with three pedals and a stick? It would also give the 45 a mechanical USP over the Clubsport.

That said, this new GTI does still present a strong case for itself, not least from a value perspective. Yes, the £40k Golf GTI and 'value' in the same sentence, but hear us out. A Clubsport is £37k anyway; the Akrapovic exhaust, another £3,000 when ticked on the R, is standard here, not available on any other GTI and almost worth it alone for just how cool two great big bazookas look at the back of a Golf. That it adds a little more aural drama of course helps, too, especially as this isn't the most emotive powertrain. Combine that with the styling tweaks, the residual strength of anniversary Golfs and the kudos - real or otherwise - of having a 166mph GTI and the appeal is plain enough. Lastly, given VW's pledged commitment to a zero-carbon future, we should probably just make the most of a 300hp Golf parping through a pair of chunky exhausts while we can. There's certainly no guarantee the 50th car will afford anyone the same privilege.