Ever wanted to legitimately use the line "je suis un pilote de course"? 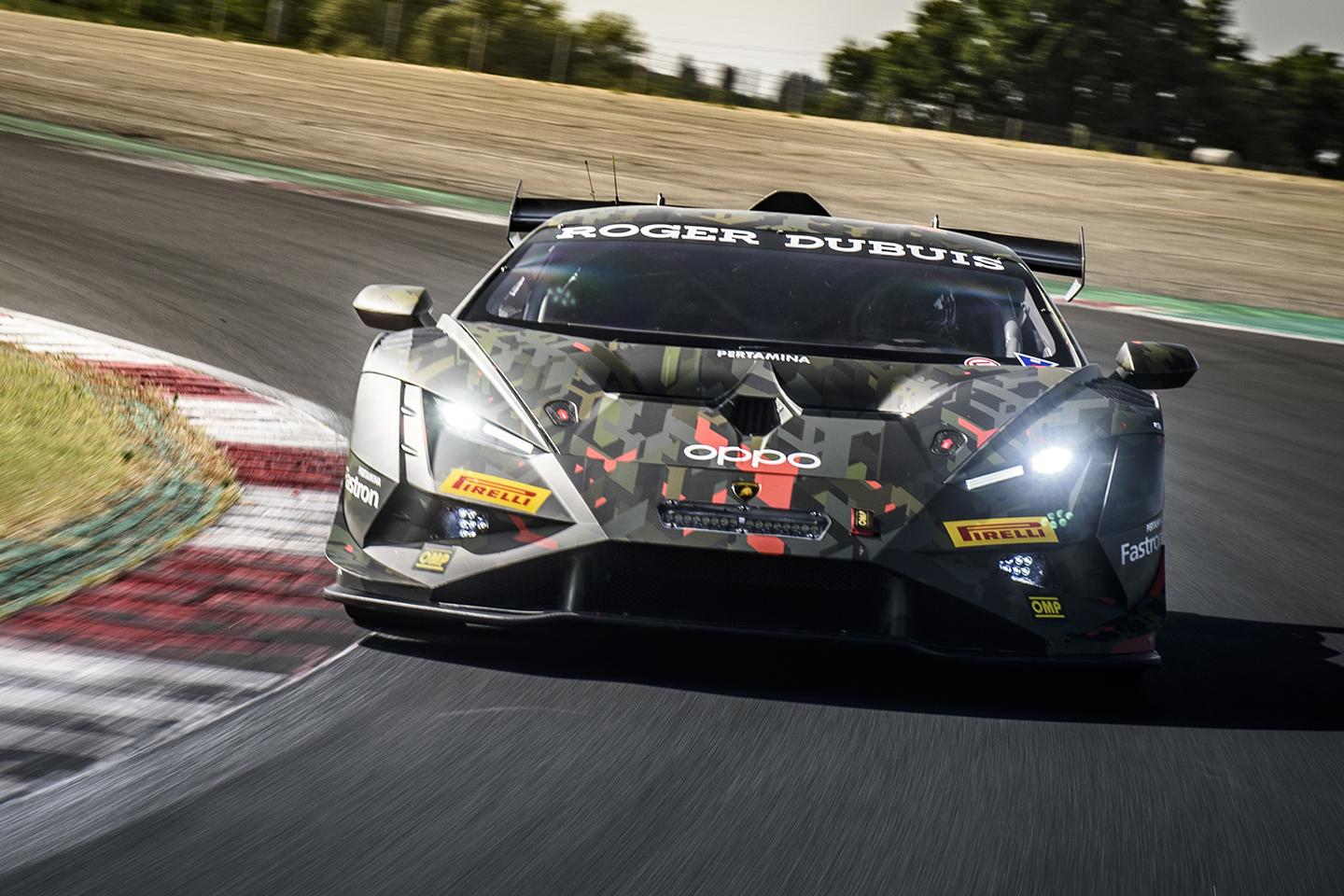 Like a caveman clutching a Stinger missile I don't feel remotely qualified to operate this weapon system. I've driven some hairy track specials before now, and even a few actual race cars at carefully chaperoned PR events. The sort with pace-setting cars, apex-here cones and carefully policed braking points.

This is different. After a single sighting lap of the 2.5-mile Vallelunga circuit near Rome from the passenger seat of a hard-beaten Urus - and a cursory briefing from factory driver Milos Pavlovic - I'm pretty much tossed the keys for a Huracan Super Trofeo Evo 2 and told to bring it back in one piece after six laps. Well, apart from the fact there are no keys, nor indeed much else in the cabin that is obviously shared with road-going Huracans.

The Super Trofeo one-make series has been running since 2009 in Europe, moving from the Gallardo to the Huracan in that time. There are now also North American and Asian championships too, with grids featuring both professionals and affluent amateurs with varying amounts of skill, but substantial budgets. That means the car has to be both driveable by those with limited experience (and possibly also talent), yet sharp enough to reward those who know what they're doing. The high cost of entry does give licence to swagger around in a set of Lamborghini-branded flameproof overalls, which is an unarguable part of the appeal.

Lamborghini says the Evo 2 is close to being a junior GT3 car. Suspension and aerodynamics are less advanced, but the Super Trofeo actually gets a more powerful version of Lamborghini's long-lived V10, this not requiring restrictor plates or balance-of-performance tweakery and therefore making 611hp. On tighter and more technical circuits the two cars are normally within a couple of seconds of each other, on faster ones the gap is often much closer.

My drive in the Super Trofeo came as a warm up before experiencing the even quicker SC V12 that we reported on last month. Nevertheless, the cheaper and slower Huracan definitely felt more motorsporty. Climbing in requires serious contortion to pass around the substantial girder work of the rollcage, the seat being a racing bucket which gripped everywhere. Once installed and strapped in the yoke-like steering wheel and its button-covered face are practically in my chest, the only instrumentation is a rectangular Motec display screen mostly covered in numbers.

I've already forgotten a fair amount of the pre-flight briefing before a mechanic is twirling his finger to indicate it's time to start the engine, as the Evo 2's built-in air jacks hiss and drop the car to Vallelunga's pit lane. The intimation factor is high, but the Super Trofeo is actually a doddle to drive - slowly at least. It has a clutch pedal, the first one I've experienced in a new Lamborghini in a decade, but this is just for manoeuvring and starting. The engine is tractable, and it is easy to get rolling - a staccato speed limiter keeps the car at the regulation 60km/h in the pit lane.

With this deactivated acceleration feels predictably prodigious, delivered with a noise that is more angry than musical, and which gets painfully loud well short of the engine's upper rev limits. Vallelunga's straights require no more skill than the ability to accurately judge the advance of the change-up lights and deliver the next ratio at the right moment.

It's the everything else that's much harder. Braking points are the first one; even picking those that would be brave on road tyres prove to be embarrassingly pessimistic; the stiff, unyielding pedal feels as if it's seized solid. Although the Super Trofeo's steering delivers savage front end bite, even before the slick tyres have come up to temperature, little in the way of feedback comes back the other way. Reports on the relative grip of the front and rear tyres all come from tailbone telemetry.

Not that it is in any way savage or scary. The Super Trofeo has both variable ABS and adjustable traction control, which apparently even steely-eyed pros usually keep on at a low level. I keep the ABS in a middle position, making it impossible to lock the wheels, and although a lower traction setting allows power-induced slip before intervention, the Huracan doesn't feel snappy when the rear does let go.

Yet here's the strange thing: two laps later I'm over-driving the car like a Russian billionaire seeing red mist. I'm missing apexes and running wide, poor throttle discipline leading to speed-sapping understeer and oversteer, with both sometimes happening in the same turn. This is undoubtedly a function of my inexperience and puppy-like excitement at being let loose in somebody else's race car, but it is also proof of the narrow window that proper competition machinery operates in. Being fast requires the ability to both read the cues - which are much less subtle than those of a road car - and to push right to that finely polished edge.

But the bigger revelation, and one that probably marks me out as an irredeemable philistine, is that the Super Trofeo isn't actually that much fun to drive. Certainly not on an empty racetrack without other cars to dice with - and definitely not compared with the dynamic flattery of a modern road-going supercar. On treaded tyres the I'm-a-hero stuff comes in the (often artificially extended) hinterland between slip and grip, where clever differentials and even drift modes help to make cars squirm and slide excitingly. But slick tyres and proper race cars aren't designed for such immature showboating, the slippage costing time.

The challenge is keeping things neat and tidy, learning from mistakes and keeping the Delta display in the steering wheel green, this showing an improvement on the previous lap. I manage this throughout my time in the car, so I'm definitely improving. But I'm coming from a very low baseline: Vallelunga's Super Trofeo lap record is under absolutely no threat and before long the chequered flag is being waved and my session is over. Even on an otherwise empty racetrack it's been a career adrenaline high - driving one surrounded by a scrapping pack of identical cars would be a next-level experience.

The first taste has been free, but I can't afford a habit. By the standards of high-end customer racing the European Super Trofeo championship is actually pretty good value. The Evo 2 costs €245,000 before tax, and entry for the six round championship is another €36,000, that including the all-important Lambo-branded race suit and three sets of tyres per weekend. Add in the costs of mechanics, logistics and repairs and you're looking at the thick end of £400,000 for a season, although the car will still be eligible next year.

But if you want a Huracan that will tolerate abuse and play along cheerfully with your bad habits on a racetrack, the road-legal STO is actually the better prospect. There, I just saved you £100,000.