All Lamborghini Miuras are special, but some are a bit more special than others... 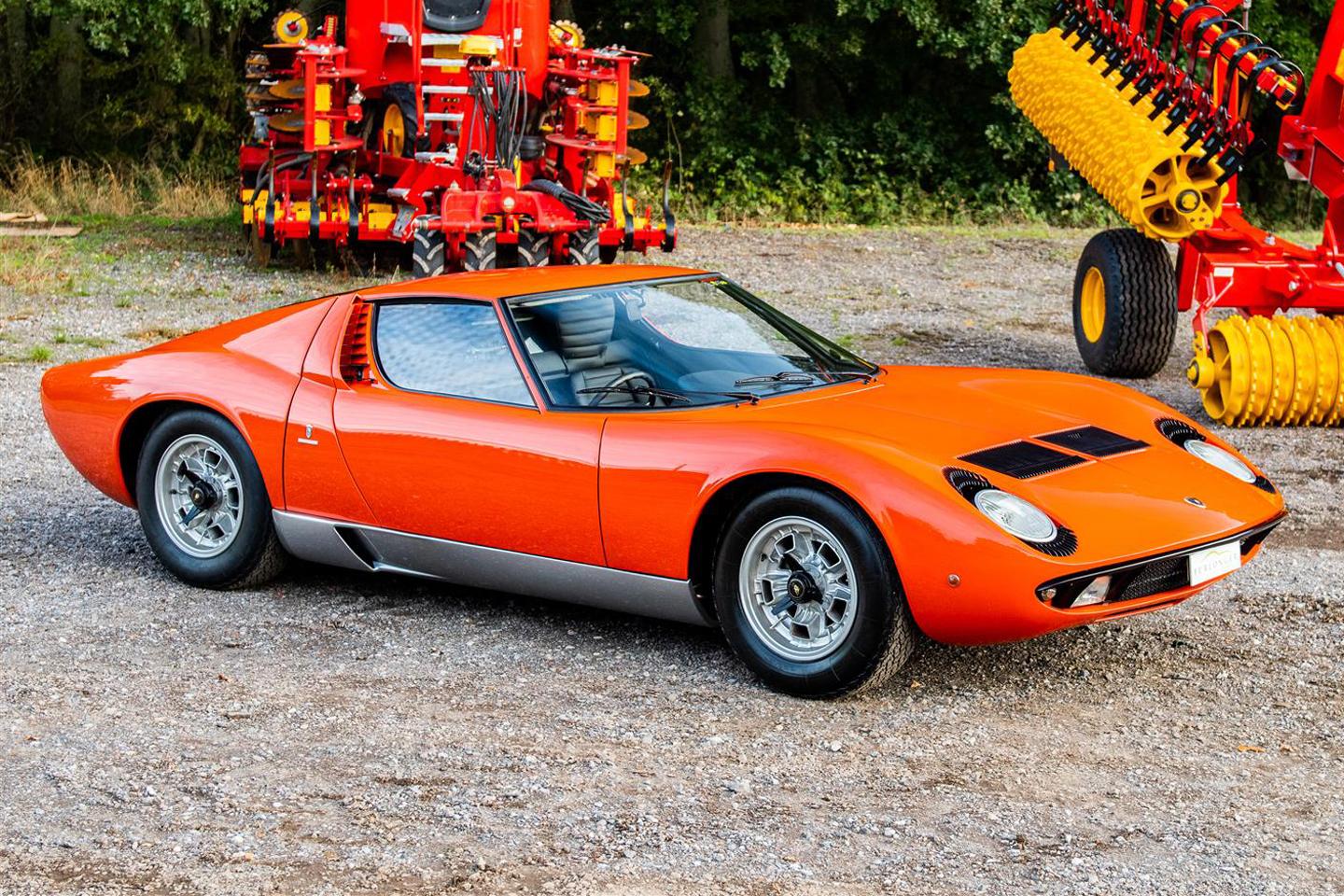 Two years before Rossano Brazzi met a fiery end behind the wheel of a Miura in The Italian Job, this Lamborghini Miura was delivered to its first owner, Mr Thomas Cook. Yes, that one. Not only was this car owned by a world-famous travel company boss, but it was also the first right-hand drive (guida destra) Miura, something that earned it the responsibility of being Lamborghini's London motor show car. It's properly famous, appearing in black and white pics as suited and booted onlookers drooled over it.

Interestingly, chassis 3198 was originally finished with a blue over white paint scheme for its appearance at 'Salone Londra', but Cook had ordered it to come in the Rosso Miura with silver shown here. It was sent back to the factory after its 1967 motor show reveal and refinished in Cook's spec, which included Nero trim with Nero wheel spinners that, by coincidence, make it almost an identical match to the movie car that came two years after. Only the spinners are in the wrong colour. A quick rattle can job could fix that.

There's no question about it, this example has been maintained like the star it began life as, moving from collection to collection and bringing a full suite of history and paperwork with it. It was even inspected by none other than Valentino Balboni in the early noughties, earning it factory certification and no doubt the added value to go with it. The owner at the time went on to display the car in the Rotunda of the Royal Automobile Club in 2010, so its existence has remained glamourous throughout. Following that, the car was mechanically refreshed in 2013, before being fully restored in 2018-19. Hence it looks factory fresh right now, 54 years after it was built.

And, somewhat against the odds given its status, this car has managed to accrue 62,000 miles. Not loads for a car from 1967, granted, but given that most cars with this sort of story end up stationary in a collection, it's not a bad effort. Perhaps it's included a few jaunts up the Italian Alps. Apparently, engine, gearbox and chassis numbers are all matching, and we'd bet that most (if not all) of the 3.9-litre V12's original 355 horses are still present and correct thanks to the recent work. Many still consider the Miura to be the world's first true supercar, and it's easy to see why. This is a road car that's capable of 172mph, which must have seemed frighteningly fast in the sixties.

Of course, what has ensured this car bears a £1.4m asking price is its story - it's a fantastic piece of Lamborghini history. But this being a Miura, it's only about mid-table value-wise in the PH classifieds, with another '67 car, a P400 S with only 24k on the clock, on offer for a quarter of a million less. An SV can still command two million. Wherever it ends up next and whatever it costs the next owner, expect the P400 to continue living the high life; a Miura was never intended for anything less.