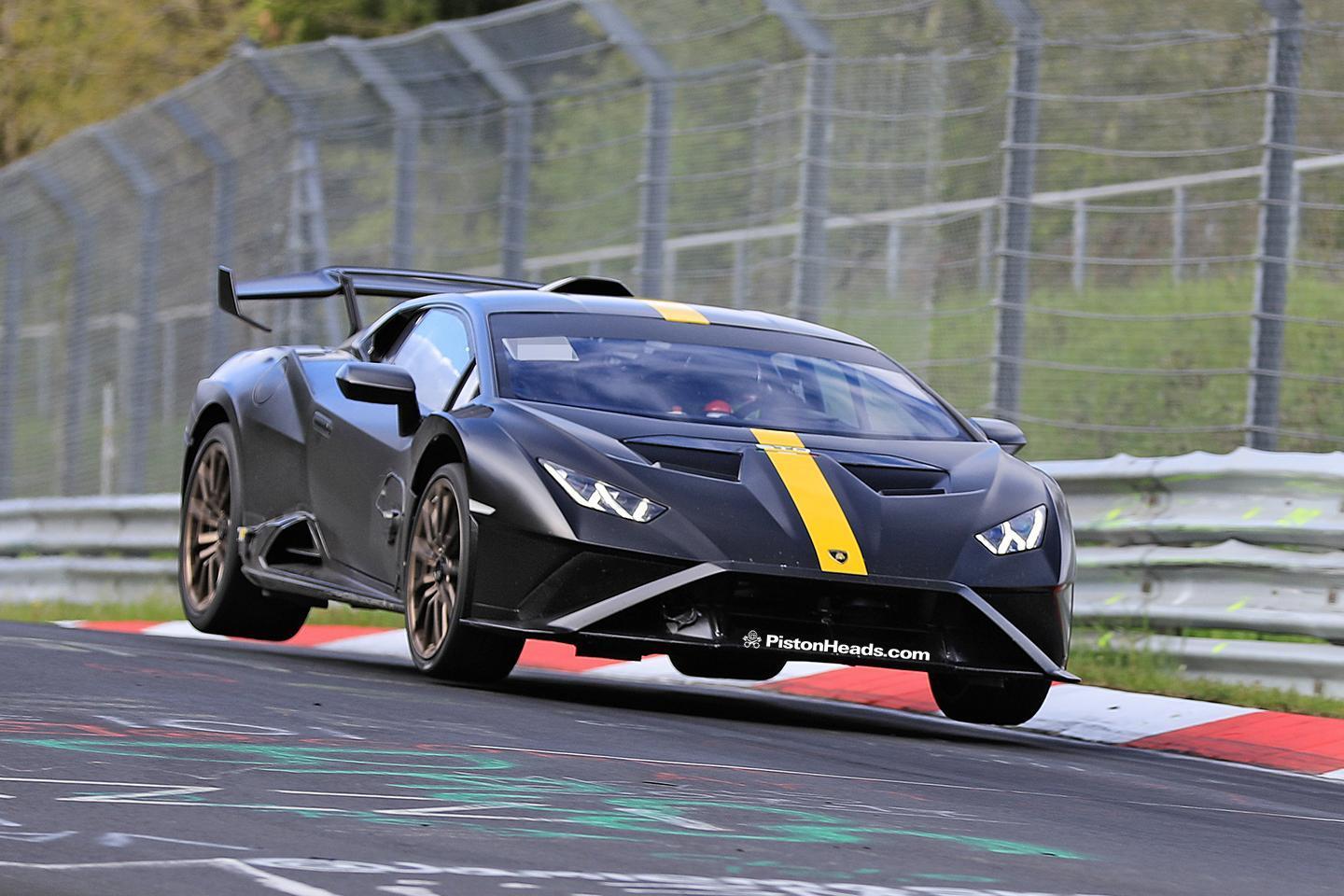 Not so long ago, the idea of a Lamborghini circuit car was little short of fanciful. Sure, the cars weren't the obdurate tanks of old, but they weren't exactly apex predators either. Then it all sort of changed. Half a dozen years ago this week, in fact, Lamborghini made sure Marco Mapelli had had his Weetabix, strapped him into an Aventador SV and told him to drive the Nordschleife as fast as he could. Which he did, and a quite spectacular 6:59 was the result. Lamborghini track cars, thanks to that awesome lap, were no longer the stuff of fancy.

It's only got better from there, too, the Huracan Performante putting its ALA aero to good use and clocking a 6:52 in 2017; then came the Aventador SVJ and its staggering 6:45 circulation of the North Loop. Lamborghini's continued efforts on the Nurburgring were irritating Porsche like mad (which kept tinkering the GT2 RS to get ahead) and delighted fans - because who doesn't love to see V12 Lamborghinis thrashed by racing drivers?

Now it looks like another record attempt is being lined up, this time with the Huracan STO. You'll remember that car is all about circuit performance, pitched as the closest thing possible to a roadgoing Super Trofeo race car. As such its rear-drive, lighter than the Performante and with stacks more downforce as well; even with 'just' the 640hp, it has all the makings of an epic track car.

Furthermore, nothing is being left on the table in an effort to beat Porsche - as the pictures show. It's not often you see all four wheels quite so far off the ground at Pflanzgarten, nor such a heavy landing. You don't tend to see quite such a big support team, either, the Urus and the trailer here stuffed full of tyres and spares. Everything is pointing to something more than just routine track testing.

What might the STO be capable of? Back when PH drove the prototype last year, the verdict was clear cut: "Half a day at Nardó in the prototype version leaves no doubt the production STO will be mighty on a circuit." There were the usual concerns about road suitability for something so focused, but that's clearly not a concern when going for a record. The current best is 6:44.749 for a GT2 RS MR in the Modified Vehicles class, as recognised by the circuit itself, or 6:48.047 for the AMG GT Black Series in 'Sports Cars'. We'll keep you posted...