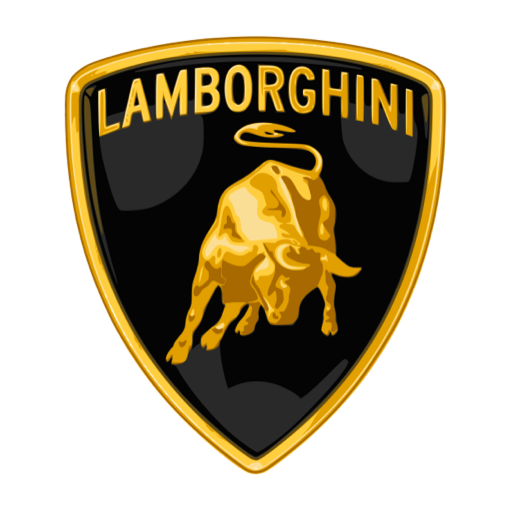 The first engine to be developed by Lamborghini after Audi acquired it was the 5.0-litre V10 powering 2003’s all-wheel drive, Luc Donckerwolke-designed Gallardo. In launch form the Gallardo produced 493hp at 7,800rpm, rising to 513hp in the 2005 SE, to 552hp in the bored-out 5.2 litre direct fuel injection. LP560-4 of 2008 (‘LP’ standing for Longitudinale Posteriore, referring to the engine’s inline crank/driveshaft format and its position in the car), and finally to 562hp in various runout LP570-4 Gallardos.

In 2014 the Gallardo was replaced by the Huracan. Or, to be pedantic, the Huracán, which is the Spanish word for hurricane. In English this is usually pronounced with the emphasis on the ‘hura’ bit. A Spanish person would drop the ‘h’ and emphasise the ‘can’. However you say it, every Huracan was part-built by Audi in Neckarsulm before transportation to Sant'Agata Bolognese for final assembly by Lamborghini. Not surprising really as just about everything you can't see on the Huracan is more or less pure R8 V10 Plus.

The normally aspirated 5.2 V10 continued as the power source. In the LP610-4 launch model it was uprated to 602hp at a piercing 8,250rpm (nearly 110hp more than the first 2003 Gallardo, which was also slightly heavier), the Huracan LP610-4 shot through the 0-62mph run in 3.2sec, around a full second quicker than the first Gallardo. Its top speed was 10mph higher at 202mph. The by then well proven electronically controlled all-wheel drive system took the fear out of the performance, as did standard carbon ceramic brakes. The option of MagneRide dampers was an additional reassurance.

The Huracan tub was the familiar Lamborghini mix of aluminium and carbon fibre. The body was designed by Filippo Perini, one-time head of design at Italdesign and the man responsible for penning the Aventador. As an aside, last year Perini joined Genesis, the luxury brand of the Hyundai Motor Group where, perhaps not so coincidentally, Gallardo designer Luc Donckerwolke now heads up design.

Two years into Huracan production, breaking tradition not just in the field of supercars but in pretty much any car field, Lamborghini launched a new model that was less powerful than the one that went before. The LP580-2 of 2016 generated 30hp less than the 610-4, and at a lower engine speed (8,000rpm). Torque was down by 15lb ft, the 0-62 time was a couple of tenths slower and the top speed was cut to a snail-like 198mph. The dry weight was cut too, by 33kg, allowing for a recalibration of the springs, dampers and roll bars to create a slightly softer and more progressive feel.

The main difference between the 610-4 and the 580-2 however was the removal of all-wheel drive. Early 610-4 press cars had been picked up for having a little too much understeer. Scandi-flicking, four-wheel-drifting road testers learnt that there was a way to make the AWD Huracans dance to their tune, but the 580-2 offered an easier route in to driving fun. And, if price mattered to buyers in this segment, the 580-2 was £25,000 cheaper than the AWD 610-4 and, teasingly, £23,000 cheaper than the Ferrari 488 GTB.

When the 580 came out in 2016, opinions were expressed about the prospect of a ‘maximum excitement’ Huracan along the lines of the exquisite 458 Speciale, something that would combine gossamer handling with big-stick power. One year later, at the 2017 Geneva Show, the dream arrived in the shape of the LP 640-4 Performante, a lightweight (1,382kg) 631hp track-oriented variant with a claimed 0-62 time of 2.9sec and a 202mph top end. The chassis was substantially altered with 10 percent stiffer suspension, recalibrated magnetic dampers and Dynamic Steering, and a new active aero system that supposedly multiplied the standard Huracan’s downforce by a factor of seven. This ALA system was said to make a major contribution to the Performante’s October 2016 ‘Ring time of 6m 52sec, which was seven seconds under the time recorded by the 740hp LP 750-4 Aventador. Performante pricing started at £215,000. A 125kg heavier Spyder version was released at the end of 2018.

Nobody who has been fortunate enough to experience any Huracan’s manic combo of grip, traction and bloodcurdling mechanical bedlam would ever look down on them as some sort of diluted ‘proper’ Lamborghini. Punters liked it too, buying a veritable barrowload of them. Opinions vary on how many Huracans are on the world’s roads. Some sources say that 12,100 pre-Evo cars were built; others reckon that the figure is nearer to 14,000. If you accept the second figure and include the Evo cars that are still being made, then the Huracan has not only passed the Gallardo in terms of popularity, it’s the most-bought Lamborghini ever. The Urus may very well overtake it at some point, but that won’t be happening for a while yet.