Here it is: the F150 has been revealed at last. And it's called 'LaFerrari'. 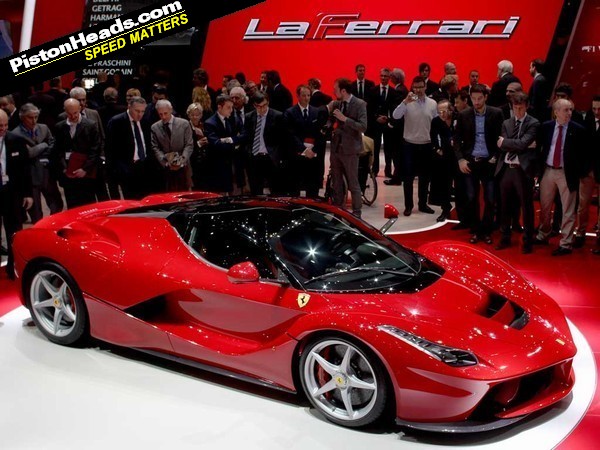 The most widely-anticipated car of the Geneva show has arrived at last. It’s Ferrari’s new hypercar; successor to the F40, F50 and Enzo. And it’s called the LaFerrari.

Speculation over the name has been rife, but nobody could have guessed at this. The Ferrari LaFerrari (yes, literal translation the Ferrari TheFerrari) has been so-named, says Luca di Montezemolo, “because it is the maximum expression of what defines our company – excellence.” We didn’t realise you could get all that from the word ‘The’, but... well, if you say so, Luca. 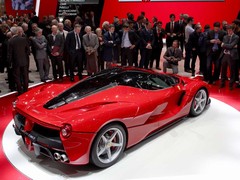 It’s worth getting past the slightly odd name choice, though, because... well, just look at the thing. It’s utterly stunning. Even those who weren’t convinced that Ferrari had rediscovered its styling mojo can’t fail to be impressed by the way the TheFerrari looks. Is it the best-looking Ferrari of the modern range? Almost certainly. Does it look better than the

? Well, looks are subjective, but we’d say yes. Does it look better than the £3 million

that’s trying to steal its thunder? Again, we reckon so.

The beauty isn’t only skin deep, of course. As was widely predicted, the The will be powered by a hybrid powertrain called HY-KERS, which will consist of an 800hp, 6.3-litre V12 (which will feature a high compression ratio of 13.5:1, and rev to 9,250rpm) and a 163hp electric motor, giving a total combined maximum of 963hp. We haven’t been given exact torque figures yet, but it’s quoted as producing ‘in excess’ of 663lb ft. Crucially, though, that torque will be available from very early in the rev range. As predicted, there’ll be two electric motors – one to power the driven wheels and a second to power the car’s ancillary systems – and a battery pack attached to the floor of the chassis. The batteries themselves will weigh just 60kg, and the whole HY-KERS setup will allow the The to achieve emissions of just 330g/km – remarkably low for a car with this sort of potential. 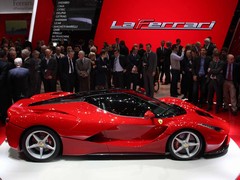 This will influence the next generation of Ferraris

Emissions are just fine and dandy, but the important stats are, of course, those to do with performance. Sadly, we’ve still not been given any exact figures, with Ferrari still quoting a 0-62 time of “less than 3 seconds” and a 0-125 of “under 7 seconds” – we’ve heard that

Part of the reason for that lap time is the The’s host of different trick electronics. There’ll be active aerodynamics all over the car (including underneath) to manage airflow, an electronic limited-slip diff, a high-performance F1-derived traction control system, magneto-rheological damping with twin solenoids, and of course, ABS, EBD and ESC. Braking, meanwhile, comes courtesy of a Brembo carbon-ceramic setup that helps charge the HY-KERS system; the traction systems will also do the same by using torque that’s not sent to the wheels to plough charge back into the batteries.

Ferrari’s keen to point out that the The’s been designed so that all of these systems work together, enabling the car and the HY-KERS system to respond intelligently to driver inputs. In Ferrari speak, this makes for “a seamless blend of unprecedented performance and unparalleled driving emotions”.  The The will also feature a 41:59 weight split, which Ferrari describes as “ideal”; the majority of the mass will also be situated between the two axles, and as low as possible to aid with the centre of gravity. No word on total weight yet, but the fact that the body will be constructed from four different types of carbon-fibre suggests it’s going to be low; all that carbon-fibre will be hand-laminated and autoclave-cured in Ferrari’s racing department, using the same methods as the F138. 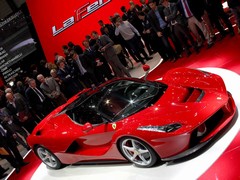 Let's hope they sized it for tall folk too!

All sounds pretty impressive so far, no? Well, we haven’t even made it inside the car yet. There you’ll find a Human Machine Interface – read, dash & steering wheel layout – that’s been inspired by F1 single seaters. The driver’s seat is fixed, and will be tailored to each new owner, while the pedal box and steering wheel will be adjustable. Ferrari says that consultation with Messrs Alonso & Massa has been crucial in the design of the interior, as indeed it has been throughout the rest of the car.

Lots to take in there, then. But the short version is thus: this is going to be, by a long chalk, the most advanced Ferrari for a generation. And even if you can’t stretch to one of the 499 examples that are set to be produced (again, no prices just yet), that tech will soon percolate down to Ferrari’s “lesser” models. In other words, this isn’t just the latest and fastest Ferrari hypercar; it’s a showcase for Ferraris of the future. Despite the odd name, then, there’s plenty to be excited about.

Full technical details – or, those that we have so far – can be found here.

UPDATE: Ferrari has now released an official launch video of the LaFerrari. Watch it here: