Many were unsure of an executive Skoda saloon in 2001; more fool them 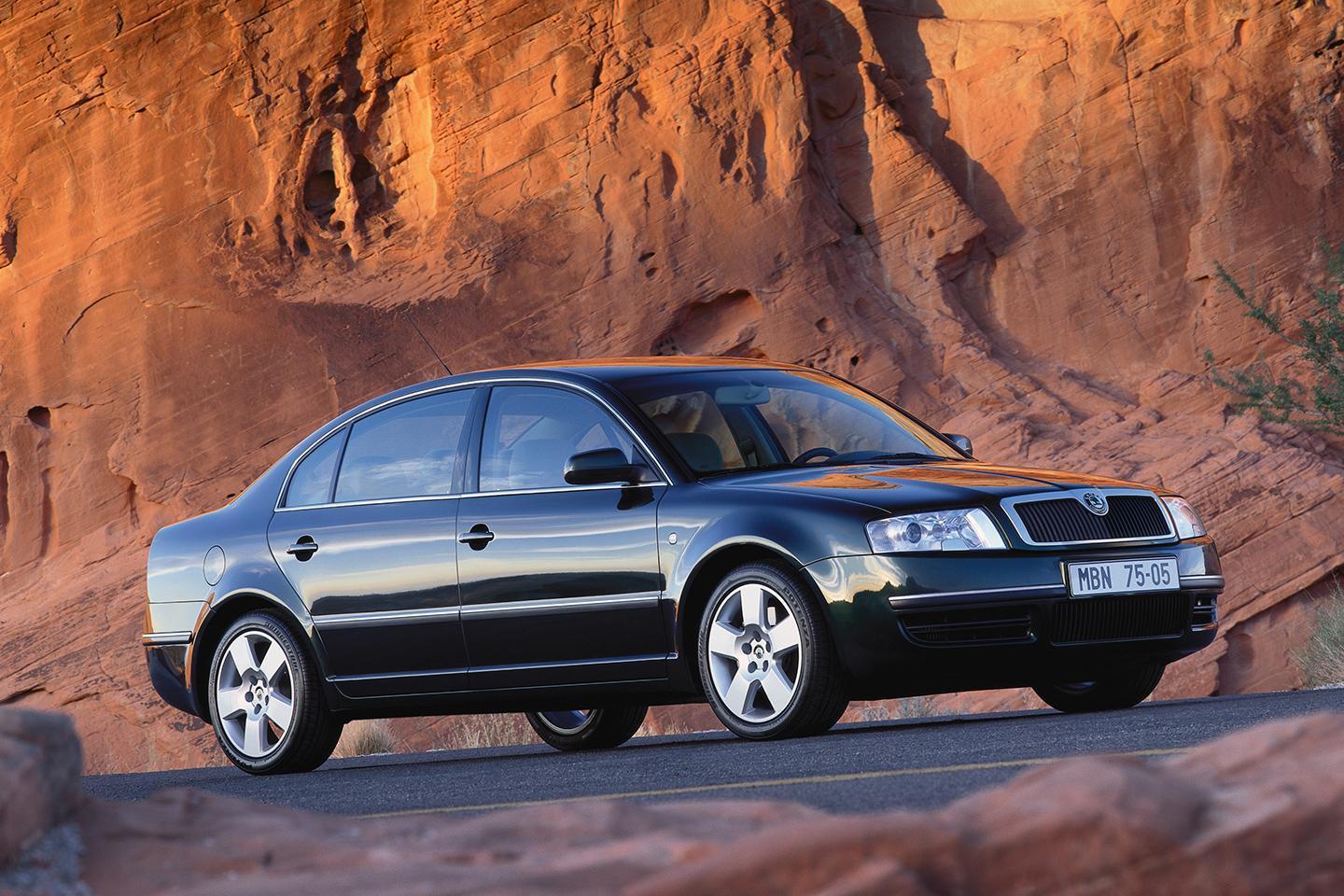 It's rare we ever remember the exact date that exciting things happened in the history of automotive. And yet here we are, celebrating the exact moment (...give or take a day) we saw the debut of the 21st century Skoda Superb. Revealed at the Frankfurt motor show ahead of production kicking off in the October and sales commencing in 2002, it was uncharted territory for Skoda under VW: the Felicia, Fabia and Octavia had shown considerable promise, but a large (4.8m long) executive saloon wasn't like anything it had attempted before.

The Superb story has been an extremely successful one since then, with 1.5 million units delivered - more than 700,000 of those being the current generation. The combination of space, quality, style and value has made the Superb popular with British buyers, too, not least with some intriguing engine choices. Over the past 20 years the Superb has been offered with both the 2.8- and 3.6-litre VR6, the 2.5-litre V6 TDI and, perhaps most memorably, a 280hp version of the EA888 2.0-litre turbo. As well as proving a fantastic addition to the PH Fleet, the Superb 280 was launched to the world in a drag race with some classic supercars. And that's cool.

The Superb's popularity can be seen by how many are for sale. Currently PH has 244 Superbs on offer, which is the same amount as the Karoq and almost twice the number of Yetis. And, well, it would be rude not to see what was on offer given the significance of the anniversary...

The Superb has, unsurprisingly, become a Shed favourite over the years, and they're still available for a pittance; the V6 TDI may not be the best bet 160,000 miles into its life, but doesn't the original look smart in red? The second-generation car was most notable, for PH at least, in offering the 3.6 V6 as a profligate range-topper; our recent Spotted on a wagon was one of the most read stories of July, showing how much it's loved. That car has sold now, and sadly no others are available, but this must be just as rare: a Laurin & Klement TDI estate, in Petrol Blue with Dakota Brown heated and cooled (!) leather. Your family will thank you for spending £11k on that one.

Finally, we couldn't do this without mentioning the 280hp cars. Inevitably the estates hold the most appeal, but you'll need £25k for one of those currently available on PH. Or even more for one of the later 272hp cars. So, how about this? For £17k one of the early hatches is available, in Executive trim with 32,000 miles. On small wheels and an unassuming colour, it's peak Superb 280 - looks like a cab, goes like a Golf R. And if you need it faster still, don't forget PHer 'micloi' made one with 560hp...