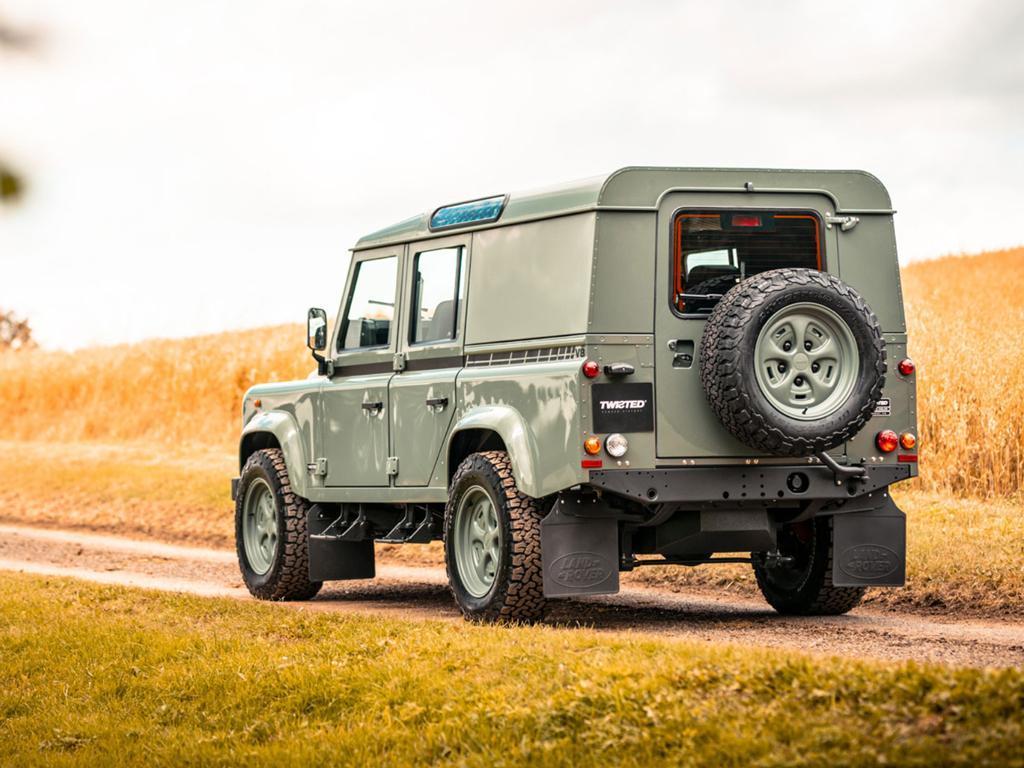 Twisted has launched a fully electric powertrain conversion for the Defender that retains its original high and low range four-wheel drive system – an innovation which is claimed to retain the car's famed on and off-road performance. All Defender variants are compatible, with the EV hardware, developed with Dutch project partner Plower, producing 320hp and 339lb ft of torque, an enormous increase over the traditional Transit diesel lump but less than V8 iterations have previously delivered.

The renowned Defender tuner suggests the instant torque of the electric system works very effectively with the standard driveline, and the factory-spec mechanicals are already beefy enough to accept the new output. The images supplied by Twisted provide a glimpse of how the transition looks; the majority of electrical gubbins are located under the bonnet in place of an engine, which ought to help maintain its current weight distribution. The 60kWh batteries are said to be capable of a plus-200-mile range between charges - an impressive feat for a car that’s both heavy and brick-like in shape.

It's safe to assume that a large portion of EV conversions will be carried out for city-based owners given the growing pressure to only allow zero-emission cars into urban areas. You don't need us to tell you that even in its dotage, the original Defender remains one a highly fashionable prospect, making the electrified version a natural next step for Twisted - one that follows its recent announcement for a three-year buy back deal on all new Twisteds.

Gareth Hamer, general manager of the Twisted EV project, said: “I’m really excited to have the ability to bring EV ownership to users of a classic British vehicle. Our solution is completely engineered from the ground up using the highest quality new automotive components. The system is ready to be deployed at scale internationally and is very different from the 'home-brew' style of electrification.”

Evidence for Hamer’s global ambitions comes with Twisted’s confirmation of a US-specific special edition variant, called the California. The car is part of the Yorkshire firm’s ever-growing efforts across the pond, and will be built at its new Virginia HQ – where Twisted’s $250k Defender is also to be made – using the same electric hardware as the British version.

Orders are being taken now, although pricing is yet to be announced. Rest assured we’ll put that question to the boss shortly.