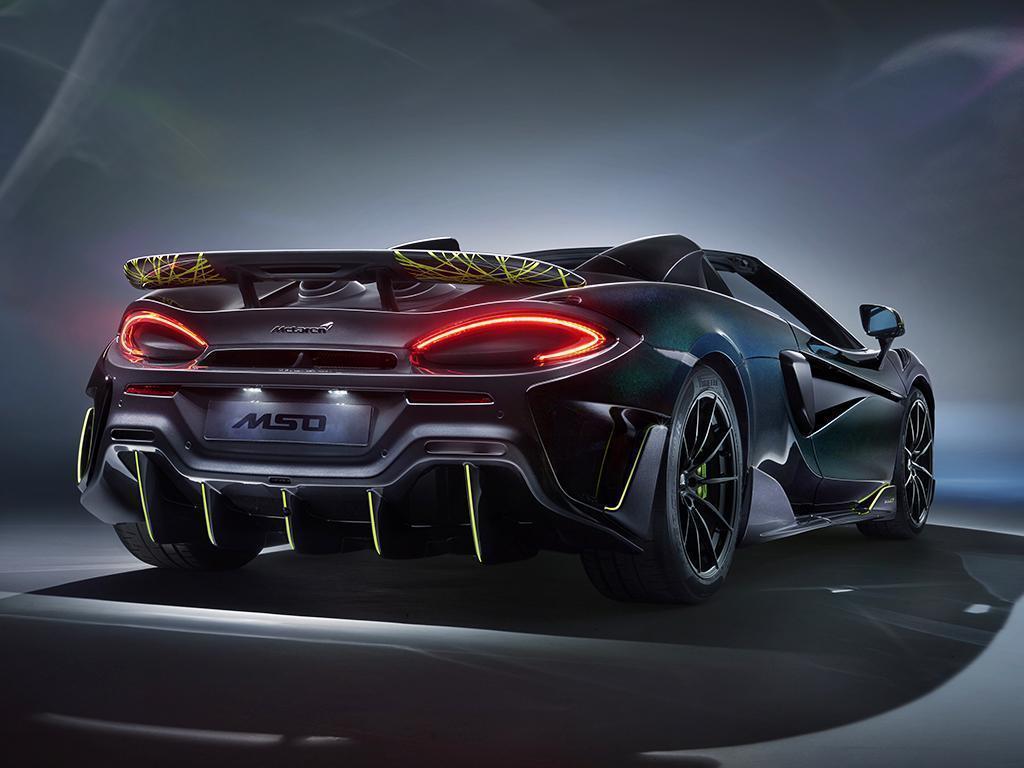 McLaren is never one to knowingly miss out on an opportunity to cash in on special variants, but this latest run of 12 600LT Spider Segestria Borealis is definitely one of its more bizarre undertakings. The final dozen drop-top 600LTs are headed to the US dressed in a unique, MSO-applied arachnid finish, hence the name, something the brand says embodies the 600hp model’s honed focus on performance and lightness.

If you're wondering what the carbon-tubbed car has in common with killer spiders then you're not alone, but the venom-aping Napier Green stripes and a full covering of Borealis black paint – said to mimic the iridescent black body of the spider – does its own kind of explaining. The body shade appears either deep green, purple or claret, or all of the above, depending on the light cast on its panels.

Look closer and there are more new details, including a web motif in that same green on the rear wing and door mirrors, as well as pinstriping that highlights the car’s many aero pieces. Those lines are contrasted by that dark black colour of the 10-spoke forged wheels, which sit ahead of calipers finished in vibrant green to set it all off. It certainly looks better than it sounds, but then again, a 600LT isn’t exactly a bad place to start.

This being a run-out model, McLaren’s gone fully kitchen sink with the spec, fitting the MSO Clubsport Pack as standard, adding carbon seats and surrounding cabin trim, titanium wheel nuts and the gloss finish to the carbon winglets which are part of that pinstripe-wearing armoury. There’s a Bowers and Wilkins 12 speaker audio system, McLaren’s Track Telemetry tech and parking assistance kit aboard, as well as the essential nose lift system.

No changes have been made to the 600LT twin-turbo 3.8-litre, so the pinstriped supercar can sprint from 0-60mph in 2.8 seconds and manage 201mph – or 196mph with the roof down. Although thanks to the exclusivity of that paintwork, the extra standard kit and – no doubt – the value to buyers of owning one of the final dozen, each is selling for $275,500 (£225k), which is close to $70k more than a regular 600LT Spider starts at in America.

For those of us on the other side of the Atlantic, this final run of cars is still significant because with no more 600LTs to build, it means Woking has capacity to welcome in a new model. A spokesman told PH yesterday that despite the impacts of a global pandemic, the next Longtail, the 765LT, will reach roads this year. Its use of McLaren’s twin-turbo 4.0-litre with a triple-layer head gasket and new forged aluminium pistons means its output betters the Ferrari F8 Tributo by 45hp.