Home/Features/Features/£5k superminis | Six of the Best

£5k superminis | Six of the Best 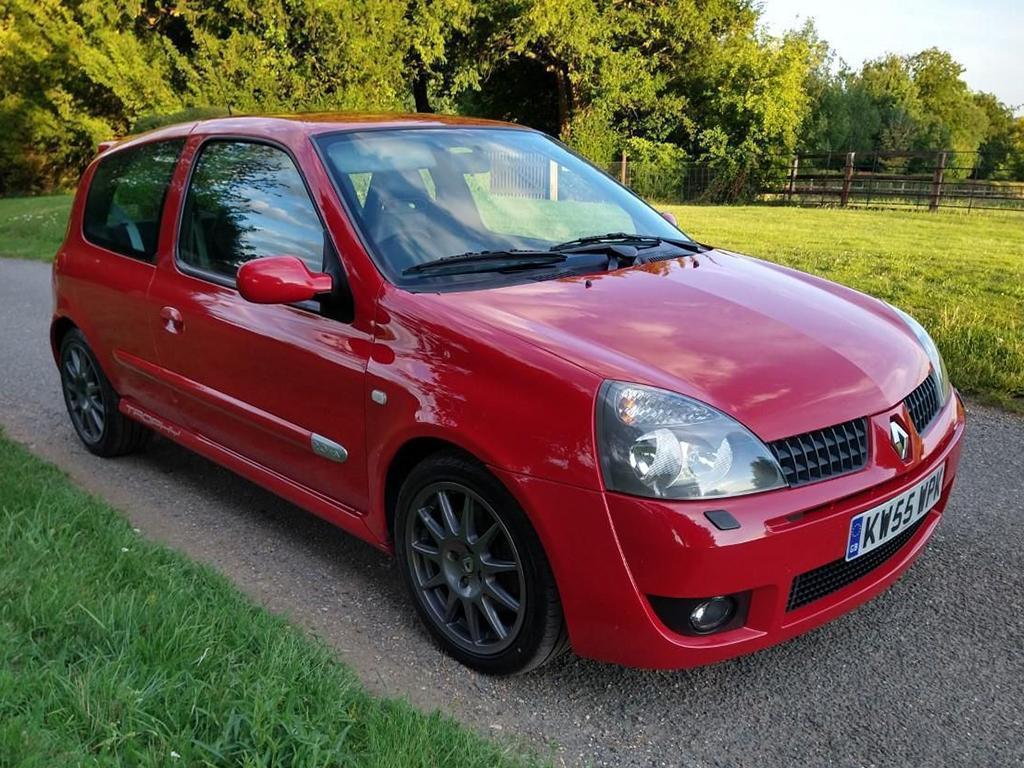 If last week's Six of the Best was a sea of contentiousness, this week's ought to be paddling pool of consensus. No one dislikes superminis. Not cheap, quick ones at any rate. Practically everyone learnt to drive in a small hatchback, and most kicked off their car histories with one. It would not be hard to argue that they represent the car industry at its most socially useful given the class is historically responsible for mobilising the masses. In 2020 you can have a brand-new standard issue one for not much more than the monthly cost of a phone - and short of face-squashing straight-line speed it will do virtually everything you could ever ask of it.

In that spirit we've assigned our lowest budget yet, just £5,000. For that our contestants will need to find something front-wheel drive and pleasingly lively. And to nip any arguments in the bud from the off, the car must be officially considered an A or B segment model - no matter that the Mk1 Golf is smaller than a current-day Polo or that an EP3 Civic weighs less than a digestive biscuit, those are C-segment family hatchbacks. True, we let the Fiesta and Mini creep into hot hatches a few months ago, but they are undeniably hatchbacks. The 'supermini' classification does not swing both ways.

It also does not offer as much choice as it once did. Twenty years ago you could hardly move for cheap, fast, three-door superminis; now the constituents of that era are either considered classics or have been written off. And because the margins are much fatter selling an RS3 than they are selling an S1, most manufacturers have since cut back on the pocket-sized stuff. So this isn't going to be easy. But we live in eternal hope. To the classifieds...

Now, I know what you're thinking. You're thinking that's an old Fiesta ST, which was never universally admired, with some iffy stripes, even iffier mud flaps and a six-figure mileage. Which would be true, in the same way that it's true to say Shrek is an ogre - don't judge things on appearances, basically.

Because not only has this Fiesta been tuned for and run only on Shell V-Power (a good sign), it boasts a full service history on top. But even more interestingly, it has a (dyno proven) third more power than standard, the famously dependable 2.0-litre Duratec treated to a new inlet manifold, a larger throttle body, spikier Newman cams to energise a slightly lethargic lump, a Mountune exhaust and - of course - a K&N filter. Now with 200hp, it should go and sound like we always hoped this era of Fiesta would, helped out by Michelin tyres, bigger brakes and lowering springs.

There's an emotional attachment here, too, having spent a lot of hours as a student finding out about the, er, finer dynamic attributes of front-wheel drive - that's the line I'm using - in Mum's Fiesta, when I should have been finding out about lager. Or how to talk to girls. But I still bet the Fiesta was more fun. That one of the first cars I drove in this job was a Mountune'd Mk7 ST, something that remains a real favourite, sealed the deal for this Fiesta. The remaining money will go on ditching the stripes. And the mud flaps. And on more V-Power, of course...
MB

Renaultsport has transformed my life in the past five years. I used to sneer at that French tat, but how wrong I was. Dan Trent twisted my arm to attend a Renaultsport track day at Brands Hatch in 2015; within 24 hours I'd paid a deposit on a Clio 182 Trophy. It wasn't quite as special as the Elise that it replaced, but I was more confident driving the hell out of it or using the car on track. Four Clios and two Meganes later, I'm desperate to buy another.

Ironically all six of my Renaultsports have been remarkably reliable despite plenty of track time and if anything does need replacing, it's generally reasonably priced. And of all the epic adventures I've been fortunate enough to take part in during my time at PistonHeads, heading to Wales with a gaggle of 182 Trophys is up there with the best.

This one was impossible to resist; that very special Capsicum Red 182, PH's best hot hatch of the 21st century no less, is the car that started my obsession. The mileage may put some off, but there are plenty of high mileage Clios out there now and they've been proven to take sustained use pretty well. What's not to love?
BL

The clue is in the name, isn't it? If you're after a supermini, your first port of call should be an actual Mini. I can't say I get on with all of the funky design language of the current Mini range, but there is no denying the blissful match of a B road and this car's go-kart handling. Or the styling of the original 'new Mini', it should be said, which is ageing very nicely indeed.

There are no shortage of Mini Coopers under £5k in the classifieds, but for a driver's car I would opt for a first-gen Cooper S with its wailing supercharged 1.6-litre engine and tauter suspension ready to take on all comers. This one looks a tidy example with only two previous owners and, blue seats aside, is one of the more refined looking examples out there. For just £3,000, it ticks a lot of boxes.

One of the best holidays I've had in recent years involved a Mini Cooper and some twisty EU-grant-funded macadam in the Balearic Islands. Since that isn't an option this year, I suggest taking the rest of the budget on a tour of the North Coast 500 instead. With a car as fun as the R53 Cooper S, it promises to be a blast.
MD

A car with a wheel as far into each corner as possible and some nippy acceleration is always a combination to love; so much so, in fact, that we've been circling for hours on end in our EnduroKa with smiles aplenty. You don't need power to have a good time, basically. A 70hp Ford is probably a little too feeble for this week's Six of the Best, though, so I've plumped for something almost as square and just as much fun - the Suzuki Swift Sport.

This is no Renaultsport hot hatch (we couldn't all pick one of those), but the super Swift gets close dynamically due to its low weight and poised set up, so on a mini-roundabout or race track you'll be flinging it around with confidence. Let's not forget, either, that Suzuki make some decent motorbikes, so it is not surprising the 1.6-litre engine revs up to 6,800rpm with the help of high-lift cams. At which point some might focus on the Swift Sport Mk1's notorious appetite for super unleaded, but let's instead draw attention to the fact little red example is the cheapest here - and probably the most fun. No harm in having a healthy petrol fund...
PD

Perhaps more so than any other type of car, a memorable pocket rocket doesn't need a great engine to be great. These little scamps are all about handling, the seat of the pants feel and the sensation of a light, agile chassis pivoting around you, fizzing with feedback and bursting with entertainment. Think SportKa, S2 106 Rallye and so on - neither has a fantastic engine, but the cars themselves are excellent.

And who do you turn to for handling? Lotus, exactly. Therefore, I present to our judging panel the Hethel-honed hot hatch, otherwise known as the Proton Satria GTI. You'd forgotten about it too, right? But back at the turn of the century the little Satria was praised for its dynamic prowess, Lotus' hard work making a silk purse out of a sow's ear - or something close to it - not going unnoticed. No matter that the engine was as a rough as your first post-lockdown hangover, because the little Proton was a willing rascal on the right road. On the right stage, too, as its British Rally Championship turn proved.

Alright, I'll concede the Satria is probably a tough sell among the assembled opposition. But this is about as good as the GTI gets, with just 52,000 miles, a full service history and, it would seem, the sort of condition to make every other old nail here blush. Just look at those rivets. And finally and most crucially, it's something a bit different - a point apparently lost on some of my dear colleagues...
SS

Traditionally we try not to include a single make twice in Six of the Best. It shows a lack of imagination on our part and looks untidy. But we've made an exception this time around because it can justifiably be said that Renault has cornered the market for very affordable fast superminis. The fact that you can have a Clio 182 Trophy - legitimately one of the best cars built in the last twenty years - for less than a very modestly talented Vauxhall Corsa VXR is incredible.

Also, you can have one of these. Not without good reason the Twingo 133 is often considered the smaller, runtier half-brother of the obviously more famous, more powerful Clio - but in some ways it is an even more extreme version of Renaultsport's uncompromising vision. Presented with a familiar platform (it's a Clio II underneath) and not very ambitious sales expectations, the tuner went properly long on its city car. The Twingo's chassis was made bitingly firm, and the car did not really work at all unless you kept it permanently over 6,000rpm.

But if you did and could live with the rebound, it delivered grin-worthy, don't-slow-down-for-corners entertainment in huge dollops. And it did it while appearing no more threatening than a dormouse. Arguably the Up GTI fulfils a similar brief today - yet it is a buttoned-down grown-up compared to the Twingo. Renaultsport's smallest model was a toddler on seven teaspoons of sherbet. Bless it.
NC