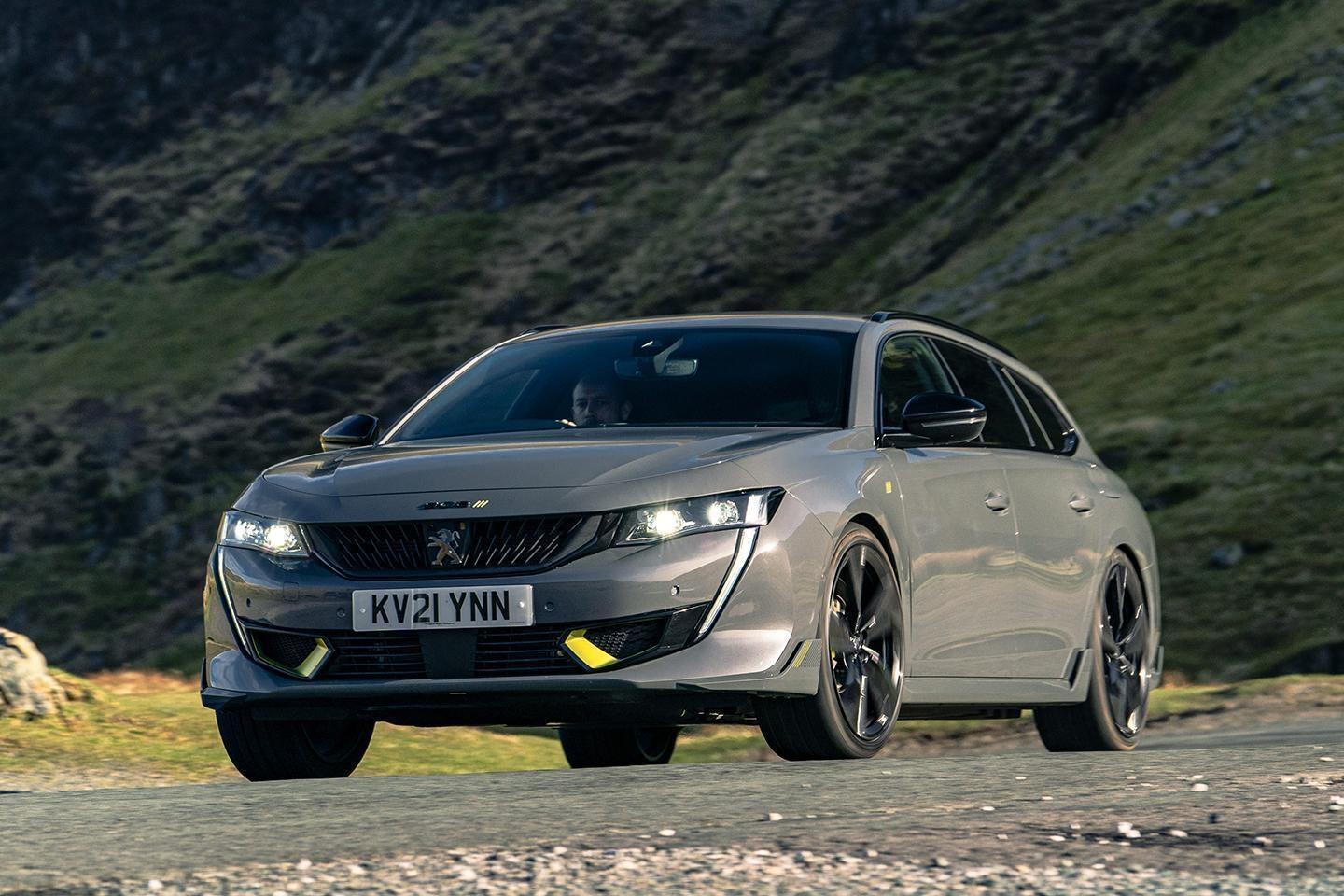 That the UK market hardly looks a favourable one for the 508 Peugeot Sport Engineered makes it all the more laudable that the manufacturer has chosen to bring it here. Whichever way you look at it, its price is significant; the badge, even a newly redesigned one, doesn't carry much weight with UK buyers; and likeable though a fast wagon remains to some, the appeal to customers of an SUV right now is undeniable.

But Peugeot has forged ahead regardless - good for them. Not only does the 508 represent a different option in a predictable sector of the market, it looks superb and promises a future for fast Peugeots, which is something we can all get behind. "Car buyers tend to look kindly on that sweet spot where functionality, good looks and strong performance converge - and the new model has those attributes in spades", was Sam's verdict - and we can all get behind that, too. Perhaps it isn't the world's most exciting performance car, but when has that accolade even been bestowed on a wagon anyway? They have a different remit, after all.

So, with that in mind, we have a Buy Hard challenge. Specifically, alternatives to the Peugeot Sport Engineered - fast, capacious, dynamic estate cars - that cost half what the 508 does. Or nearly half - the budget is capped at £30k. And before you suggest a decade-old E63 or an appreciating M5 Touring, the aim is for these to be valid alternatives. It would be daft to expect anything out there to match the Peugeot's (official) numbers of 139mpg and 46g/km, but something you'd happily buy without an extended powertrain warranty and capable of 20mpg would be nice. Not too old, either, because that rather defeats the object. Can it be done? Let's see...

It's no accident that a six-cylinder 3 Series Touring has become somewhat of a default choice for buyers wanting a fast, capable mid-sized estate. The F31 generation never received the M Performance billing now found on the M340i and M340d models, but is perhaps cooler as a result - without the badges on a 340i there would be very little to hint at its potential. Perhaps as an M Sport this may not be the most discreet (especially so in red) but given the current consternation over fast 3 and 4 Series I'd say it looks great.

With 326hp at 5,500-6,500rpm, the 3.0-litre B58 is a straight-six that hauls as nicely as it sings. It should be reasonably efficient, too, even if the NEDC 41.5mpg figure is very likely optimistic. Not that anyone, surely, has refused a 340i on the grounds of fuel economy.

No, this is unashamedly a car aiming to entertain while it carries the family and luggage around, with a rear-drive layout and that smooth straight six. Pairing that 340i motor with a manual gearbox would make the package even more attractive, but for those wanting the Touring bodyshape, BMW only offered the eight-speed automatic. That means the car here is pretty much the ultimate spec of F31 340i estate. I like it so much that I've picked it over cheaper and lower-mileage alternatives. Presented like this, I think it's pretty hard to argue against. Exactly why it's the default choice... SS

It might not look like it, but the 508 and CLA45 share more than you might think: both have four-cylinder engines, both are four-wheel drive, both produce 360hp and both cost around £50,000 new. Which angered quite a lot of people in both instances. "£50k and only four-cylinders!" griped the naysayers; "I could get a used C63 for that much!". And so on.

Perhaps there is the beginnings of a point there. But the CLA Shooting Brake was no ordinary four-cylinder family bus. The M133 2.0-litre engine was the star of the show; 180hp per litre - without any hybrid assistance - was extraordinary when it launched in the A45 hatch in 2013. That the engine had a real appetite for revs as well as a docile side - and a great noise - ensured it won plenty of fans.

And though I'll be the first to concede that the CLA won't be as commodious as the alternatives here, I'd also wager it's the best derivative of that original '45 AMG line up. After all, there were more entertaining hot hatches than the A45, smarter saloons than the CLA and, likeable curio that it was, better options than the GLA. The Shooting Brake was a niche option, and far from the biggest estate, but it was never hard to see the appeal. That's even more true now, in fact, with a £30k asking price after fewer than 20,000 miles... NC

No doubt there are more sporting options available for this money, various 3 Series Tourings, AMG estates (see above) and Audi wagons there to satisfy most. Perhaps they'd be more in keeping with the Peugeot Sport Engineered ethos, too. But I maintain there's little better suited to the real world requirements of a fast, plush estate than an XF Sportbrake.

And yes, it's a diesel - that's a very deliberate choice. The V6 meant 300hp and enormous torque - 516lb ft - marshalled just nicely through a ZF auto and with a faint V6 burr to remind you it was worth paying extra over the 2.0-litre. The diesel suited the XF's myriad talents so well that its demise from the range - now four-cylinder only - might have been more keenly felt than the supercharged V6 petrol. Honestly, you couldn't think of a better fit for showing off the XF than the flagship diesel estate - it was brilliant.

This one just sneaks at £20 under budget, and a substantial saving off the RRP given the XF's were quite ambitiously priced. I love the Caesium Blue as much as I loathe the black wheels, and even if it isn't quite 508 swish then I reckon the XF still cuts a dash. The diesel Jaguar is, remarkably, lighter than the hybrid Peugeot, too. And which would you want rather pack the family into for a 2021 summer holiday? Exactly. MB