Lotus is evidently leaving it all out on the pitch with the Evija. It is not the first to blaze a trail... 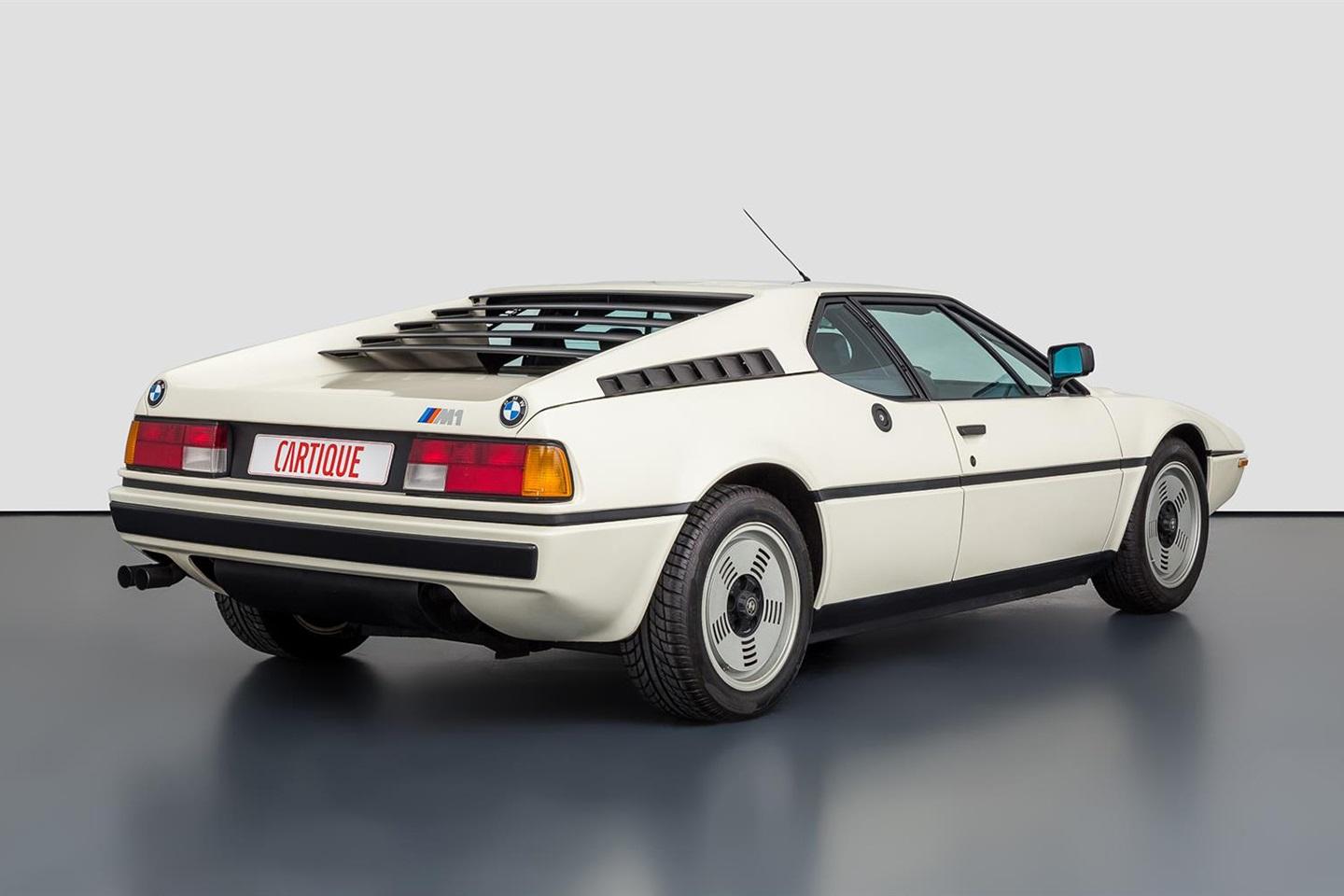 Love it or hate it, the Lotus Evija is wild. That is the way we're meant to think of it. Lotus has charged itself with the job of doing something different on a mind-boggling scale. Not because it is easy, but because it is hard. Whether or not it is ultimately a success in sales terms is almost beyond the point: Lotus and its new owners plainly feel like it needs to make an almighty splash on re-entry to the supercar segment. Beyond all other considerations, the Evija is intended to do just that.

It is hardly singular in this ambition. The annals of automotive history are cratered with examples of manufacturers temporarily unshackling themselves from a conventional business plan. It is one of the things which keeps the industry from stagnating or stooping to the level of personal mobility providers: every now and again, a car maker opts to pay scant attention to the rule book or profit margins or buyer expectation or even historical legacy. They set out to build something special. And more often than not, they succeed in that pursuit if precious little else.

The early word on the Evija is that its maker has played a blinder, building a new car that would have been entirely beyond its comfort zone a decade ago - and yet one which has apparently jettisoned all the facets which attract people to the brand in the first place. Obviously it's too early to say how far this initial achievement might take it, but on the strength of the prototype we've opted to pay tribute with a triumvirate of other moonshot contenders; each the result of projects which aimed to be different or first or groundbreaking.

The LFA is perhaps the quintessential swing for the fences effort. Unlike the McLaren F1 or the Bugatti Veyron or any number of other similarly exotic supercars, it was not built by a firm well accustomed to low volume, high performance models. Toyota might have set the 20th century benchmark when it came to turning out 14m sedans with machine precision, but it knew precious little about the business of hand-building V10-powered two-seaters at a rate of 20 per month.

Naturally, this was the point. Akio Toyoda sagely adjudged the LFA necessary as brand-builder for the fledgling luxury car division - or that's the way it's often portrayed these days. But given Toyoda's impressively anarchic track record since then (not to mention the fact Lexus had been up and running for a decade and already produced a perfectly good flag-waver in the LS 400) it's equally possible that on receiving the keys to world's largest carmaker he simply spied an opportunity to create its most extravagant model ever.

The story of its gestation is rightly legendary. It took the best part of ten years to get the LFA to production because Toyota (or Toyoda) kept moving the goalposts to make them harder to hit. Quite deliberately, certainly in terms of architecture and engine, it became a wanton pursuit of perfection - arguably of the sort that only a manufacturer of Toyota's scale could hope to sustain over such a long period. The 560hp 4.8-litre V10 supercar that resulted was not in fact perfect, and it wasn't around for that long either. But its scarcity and freakishness has only served to reinforce its mysticism. Here's one with 3k on the clock, a prime example of just 198 right-hand drive cars. For £574,995. NC

For a very long time, it was perfectly clear the cars that AMG made: bruisers. It didn't matter if they were saloons, estates, coupes or convertibles, they were heavyweights. Big cars, big engines, big personalities. So, when AMG was to embark on its own project separate from Mercedes-Benz, more of the same was expected. Except, it didn't quite turn out like that...

The SLS was a radical departure for AMG. Of course, a V8 remained, though the M156 was dry-sumped like a proper sports car. There was a dual-clutch transmission instead of a lazy old torque converter, a kerb weight that just nudged over 1,500kg (instead of lumbering merrily past it) and a front-mid layout that meant a hulking V8 wasn't so far forward to push the three-pointed star out of the grille. The SLS couldn't have been anymore un-AMG if it were a diesel-hybrid MPV - fortunately the Super Leicht Sport came out at the other extreme of the spectrum. The really, really good one.

All of the SLSes were epic, but one stood head, shoulders and gullwing doors above the rest: the Black Series. After a sub par SLK, then the fabulous CLK, then wayward SL, nobody was sure quite what to expect from the SLS BS. What emerged was sensational. The 6.2-litre V8 was further overhauled (earning itself a new 'M159' designation), making more than 630hp and revving to 8,000rpm. Eight thousand in an AMG! They were unheard of numbers, and it marked a real turning point for the manufacturer - just 10 years later, there's nothing we don't expect from the division. And thanks to the SLS, you can usually bank on them being pretty damn good as well. This incredibly rare right-hand drive Black has somehow covered just 5,000 miles since new - it surely won't take the next owner eight years to do the same. MB

I won’t be the only one to have lost hours watching racing footage from the famed BMW M1 Procar championship. It ran for just two years form 1979, but with an all-star line-up of Formula 1 drivers and, of course, one of the most scintillating straight-six soundtracks from that legendary M88/1 3.5, it has always been a recipe for motorsport nirvana. Where the Evija impresses with its technology, the M1 raises hairs with its aura.

For me, though, what really makes the M1 so fantastic is that it was born out of a skunkworks project, making it arguably the complete opposite of Evija’s very public demonstration of a new direction. At least initially, anyway. The M1’s story was far from secret once the tubular steel space frame-based, mid-engined wedge was made public. It oozed awesome from every panel – and the chassis, too, which was made in Turin by esteemed tube manufacturer Marchetti.

But it’s the voice of that naturally aspirated M88/1, developed by engineering legend Paul Rosche, and taut angular body that leaves a mark. Of course, thanks to the nature of cars like this, only those with very deep pockets will ever be able to own one. The car you see here is a perfect example. But with only 2,700km (not even 1.7k miles) on the clock, it’s priced accordingly at €798,900 in Germany. Which means it’s almost certain to see the inside of a museum and not the orchestral action that marked the Procars out as special. SS