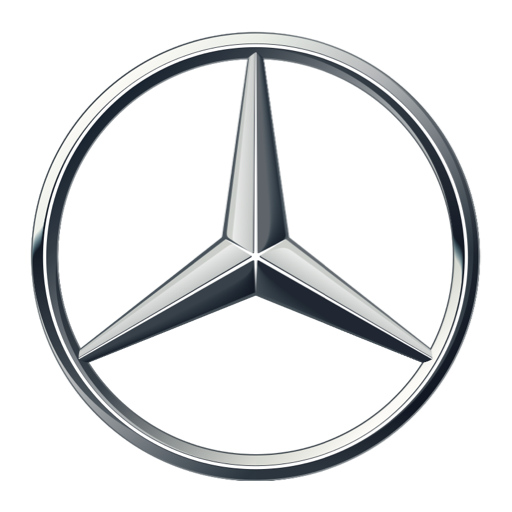 The SLS was AMG's first ground-up, clean-sheet car. Allowing AMG the latitude to do that was a massive step for Mercedes, given their long but very cautious association with the Affalterbach crew. The heritage of AMG may have been somewhat under-leveraged but the arrival of the SLS in 2009 showed that Mercedes had no qualms about looking a lot further back in its own history books. The SLS was touted as a spiritual successor to the W198 300 SL Coupe, the aluminium bodied, spaceframe chassised supercar that was the Bugatti Veyron of the mid-1950s, and to a less widely acknowledged extent, the Mercedes-McLaren SLR, just over 2,300 of which were built between 2003 and 2010.

The unenviable job of following two cars separated by fifty years with a 'beauty and the beast' machine of enduring quality that would be loud but in a tasteful way, that wouldn't be shown up on a track, and that could also conceivably be put on show in a museum was entrusted to Brit Mark Fetherston. The SLS's straked vents and long nose paid due homage to the 300 SL. The classic aircraft vibe established by the stacked-on cockpit and upright windscreen was mirrored in the SLS's weight. Although you might not believe it if you saw them side by side, the SLS was considerably lighter than Mercedes' contemporary (and by that time ironically named) SL (Super Light) sports car. Thanks to its outer body and main structure both being fashioned from aluminium, the SLS (Super Light Sport) was 350kg lighter than the equivalent R230 SL 63 AMG and around 130kg lighter than the Mercedes-McLaren SLR.

It was a heavy hitter in the engine department though. Like the SLS itself, the M156 6.2 litre engine was AMG's first ground-up V8. It broke cover in 2006 in the 507hp W211 E 63 AMG saloon and quickly achieved legendary status for power and noise but also, less happily for AMG, for broken headbolts and soft camshafts. In the SLS the motor was revised at the top end (valve train and camshafts) and switched to dry sump lubrication. Now producing 563hp and recoded as the M159, it went like stink and sounded amazing. It still sounds brilliant, oozing a lazy thunder that's dreamily out of sync with the ridiculous speeds you're doing.

In 2011 the Roadster variant was launched at Frankfurt with the same mechanical spec and an extra 40kg to carry, not bad for a variant that traditionally adds a lot of weight. Contributing to that was a triple-layer fabric roof rather than a metal one. The near-200mph top speed and sub-4sec 0-62 time were practically unchanged and the driving experience was actually preferred by many, at least in part because of the less insulated exhaust rumble. Airscarf neck-level heating and a reversing camera were standard and the Roadster also ushered in the new option of AMG Ride Control sports suspension featuring three damping modes, Comfort, Sport and Sport Plus.

A year later the SLS AMG GT was released with a 20hp power boost to 583hp, some transmission and suspension upgrades, new alloy and diamond quilted leather options, and Bang & Olufsen surround sound as standard. A 740hp/740lb ft Electric Drive version of the SLS was unveiled at the 2012 Paris show. It was the first all-wheel drive fully electric supercar but despite the extensive use of carbon fibre it still weighed more than 2.1 tonnes and cost £360,000. Worldwide sales didn't reach three figures.

The SLS AMG Black Series debuted in 2013 as a 2014MY car and was the horniest SLS yet. It might not have looked that different to the regular car but in fact it was heavily revised for track and tyre-frying duties with a wider track front and rear, wider bodywork, new wheels and carriers and 50 percent stiffer suspension, while its engine - the last hurrah of the normally aspirated big-inch Merc V8 - had a new higher rev limit of 8,000rpm and a new peak of 622hp (up 70hp) at 7,400rpm thanks to new valves, a new intake, bigger bearings and a new oil system.

The big story however was the Black's weight of 1,550kg, representing an eye-rubbing cut of 70kg. Replacing the stainless steel exhaust system with a titanium one accounted for 13kg of that. The same amount was saved by using a carbon fibre housing for the propshaft. Switching from a lead acid battery to a lithium-ion one trimmed another 8kg. The gearbox was carried lower and the gearchange was faster. Whereas normal SLSs had a mechanical limited slip diff the Black Series had an e-diff.

Racing seats replaced the standard perches, carbon ceramic brakes were standard, and there were new, posher dampers and a fixed rear wing. The bonnet was made of carbon fibre. Torque was slightly down to 468lb ft at 5,500rpm but the mix of light weight, heavy power and a slightly lower final drive ratio ensured electrifying performance. It was a specialist vehicle: 150 were built. If you'd been one of the fifteen who stumped up £230,000 for one of the UK right-hand drive cars and kept the miles low you'd be laughing all the way to the bank today, as our selection of used cars at the end of this piece will show.

The last SLS was the AMG GT Final Edition, available as either coupe or Roadster. Only 350 were made in total across both variants. They were mechanically identical to the SLS AMG GT, but carbon fibre was used for the black vented bonnet, splitter and Black Series fixed rear wing.