All still available new or else recently off sale, here are six gems you've completely forgotten about 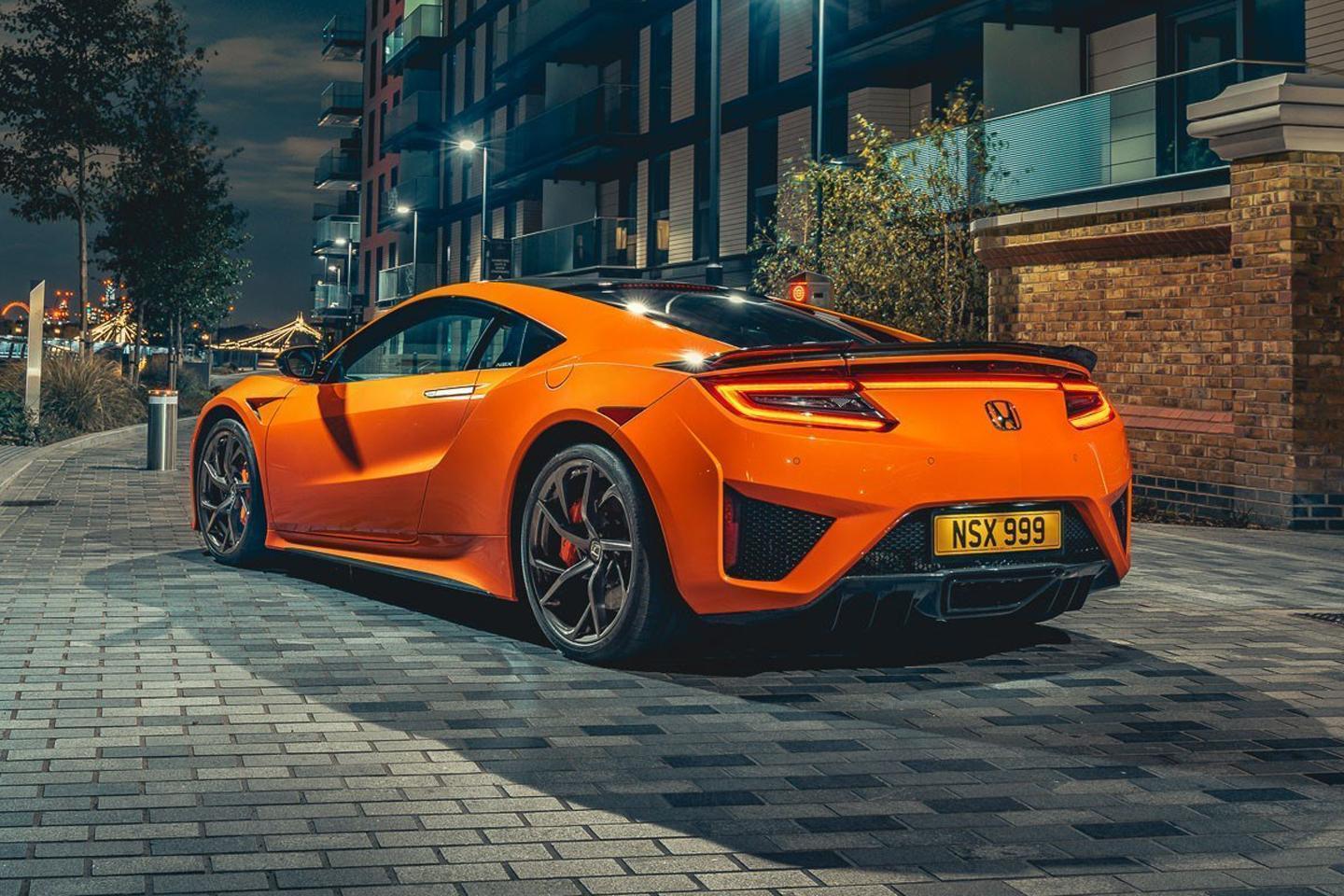 Not so long ago, it seemed that every performance car class was fit to burst with choice, every manufacturer worth their salt seeking to compete across the board. Everyone from Alfa Romeo to Volvo, it seemed, ensued there was a hot hatch, a sports saloon, a fast estate and more in their respective lineups for the sake of image; thus the forgotten performance car was a much more widespread phenomenon. There was so much choice out there that it was near impossible for the man on the street to recall the Subaru Legacy 3.0R or Mazda 3 MPS or Cadillac BLS V6 or Volvo C30 T5.

Nowadays it's far easier. Because there are simply fewer of them around, as manufacturers have less development cash to throw at vanity projects - or engineers' fantasies - when there's money to be invested elsewhere. Why bother with a performance derivative for a few enthusiasts when a mainstream product or whizzy hybrid would yield a greater return? Go-faster halo cars are great - but bottom line talks an awful lot louder than a few enthusiastic social media posts.

Not for nothing either, but fast cars are typically easier to recall now because they're all so good. Really, there isn't a duffer out there in the way that some half-hearted efforts might have been a few years back. Cars like the Hyundai i30 N and i20 N are on the radar because they're great performance flagships; cars like the Coupe and Veloster aren't. Because they weren't.

All that said, there are a few very PH-worthy machines out there that are still starved of attention. There are all sorts of reasons to explain why, but here they're going to enjoy 15 minutes of deserved fame. There are sports coupes, saloons, hot hatches and supercars in the list, so it's nothing if not diverse. All are still available brand new, or are very recently off sale, just to prove that the niche is very much still alive and well...

Were it not real and available for all to see on its website, nobody would believe the Lexus line up. Because alongside the ES (hybrid luxury saloon), NX (hybrid luxury SUV), UX 300e (all-electric compact SUV) and RX (another hybrid luxury SUV) sit three models powered by an atmospheric V8: the RC F plus LC Coupe and Convertible. From uninspiring to unforgettable in one scroll!

Time has been kind to the flagship RC. At launch in 2014 the Lexus was an awful lot heavier than a BMW M4 and couldn't match the AMG C63 for V8 punch. Now look: the G82 M4 is 1,800kg, and the next C63 is confirmed as four-cylinder. Yet here the Lexus remains, offering a 5.0-litre V8 that thunders past 7,000rpm, impeccable quality and attention grabbing looks. And you thought BMW was innovative in the big grille thing...

The Lexus isn't perfect - overly long gears and a fiddly interior ensure that, and the kerbweight is never far from your mind. But it remains a great car to drive, sharper than the Mustang it's inevitably compared to. That the Lexus is overlooked has worked in its favour as a used car, too - this one was registered in 2015, yet is still commanding almost £35k. Surely even Lexus will struggle to justify another one, so get in there while you can.

It's far easier to explain why the 540C is the least commonly thought of model in the recently retired McLaren Sport Series range. Put simply, those buying one outright won't have paid much mind to any cost saving, and the finance deals on offer were typically for the 570S that the Sports Series was best known for. A concerted effort had to be made to get the cheapest, least powerful McLaren, basically. Which probably explains why there are five times as many 570s for sale on PH as there are 540s.

But the supposedly lesser car was still pretty fantastic, barely any slower than a 570 and still very much blessed with the sublime ride and handling balance the car was legendary for. Nobody is going to consider a 540 a lesser alternative. As the McLaren range now looks to get faster and more advanced again with the Artura, so the humble 540C - all things being relative - looks especially intriguing. How much faster must you go than 6.3 seconds to 100mph? Especially when it's now available for £80k...

A manual only hot hatch with a mechanical limited-slip diff and lightweight construction from one of the genre's legends ought to be cult hero - right? The 308 GTI is that car, a hot hatch seemingly with all the right ingredients but dismissed ever since its 2015 launch. The segment is fiercely competitive, no doubt, but the Peugeot has deserved way more recognition (and success) than it has received.

Fed up with endless configurability? The GTI merely has a Sport mode that sharpens throttle response and makes the dials red. Not into overt hot hatches? This 308 could be any other if you've missed the exhausts. And anyone mystified as to how five-door Focus-sized hatch can weight a tonne and a half will love the Peugeot - it weighs little more than 1,200kg.

As with some others on this list, image has probably played a part in the 308's reception. It isn't smooth and sophisticated like a Golf GTI, nor will it redefine your expectations of front-wheel drive like a Civic Type R. Even the 308's most ardent fans will probably concede the manual gearbox isn't world class. But it remains a very good hot hatch, and excellent value as well - this 2019 car is already less than £20k, despite just 3,000 miles.

Is this a contentious one? For many a Mustang is only a Mustang with a V8 - that the 5.0-litre GT sold so well in the UK is the reason the Ecoboost was discontinued. On the other hand, the 2.3-litre four-cylinder offered damn near all the Mustang style - and a good chunk of the performance, with more than 300hp - for a decent amount less money. Obviously it was much cheaper to run as well, which is hard to ignore.

Furthermore, as the basis for the Focus RS engine and still utilised in the ST, the Ecoboost was nothing if not a punchy powerplant. If the Mustang experience trades heavily on a trough of easy access torque (in everything bar a GT350, that is), then the chunky 325lb ft will at least ensure that - the V8 only offers another 66lb ft, with more weight to carry.

Alright, no four-cylinder will never appeal to the senses quite like a V8 will. But as a smart and capable alternative to the obvious coupes at this money, the Mustang makes a solid case for itself - this one is £35k with fewer than a thousand miles...

Believe it or not, the NSX remains listed on Honda UK's website as a new model to purchase. Rather like the Lexus, in fact, it sits incongruously alongside a range of hybrid SUVs and electric vehicles. It can't be selected in the configurator, either.

But we're glad it's still a fixture in one form or another. People will point to the badge and the interior when asked to explain why the NSX hasn't been a resounding commercial success, but that would be to deny the car its considerable and myriad talents. McLaren is only just now dabbling with the idea of a more affordable hybrid - albeit with a plug in element - half a decade after the NSX launched. You can well expect the world to take a lot more notice of mid-engined, four-wheel drive, V6 hybrids when Ferrari has a go at one.

Yet there the NSX was in 2015, delivering at least some of the hybrid hypercar thrill for a tenth of the money. And even if it wasn't going to save the world, it was an impressive supercar: "immediate impressions are that the NSX feels both punchier and more playful than the R8, as stable and fast as the 911 and as agile, readable and fun as the McLaren" read the PH first drive. So there. But while the world went out and bought those rivals, the NSX has floundered - HowManyLeft suggests just 80 are taxed on UK roads. Still, it's easy to forget that the original wasn't all that popular here, either, but eventually came to be recognised as pivotal for the segment. Might the same one day be said for this one? Until then, this one has covered just 1,500 miles since 2017 - £99,000 buys it.

Once upon a time, a big Kia saloon wouldn't have been seen anywhere near this list. It would have been stodgy and staid and a long way from interesting. But then Albert Biermann joined the company, and the Stinger came along soon afterwards. All expectations for Kia were changed from that point.

In range-topping GT S form - the only Stinger now available after a recent facelift - the Kia could match the best on offer from Europe. Not just because it offered lots of performance and equipment for the money, but because it drove really nicely as well. The influence of former BMW man Biermann was clear to see: even for such a large car, the Stinger had plentiful poise and balance. The engine was a bit gruff, and it was a heavy old bus, but in the Stinger Kia finally had a flagship worthy of acclaim and attention.

Not that it received any. Private buyers wanted a premium badge and fleet drivers would always struggle with a higher than average CO2 score - pity. There were just 751 on the road at the last count, or comfortably less than half the 1,798 BMW 440i M Sport Gran Coupes out there. Surprisingly, there are 16 V6 Stingers in the PH classifieds right now, the cheapest from just £20k. Sticking out from the crowd has never looked quite so tempting.